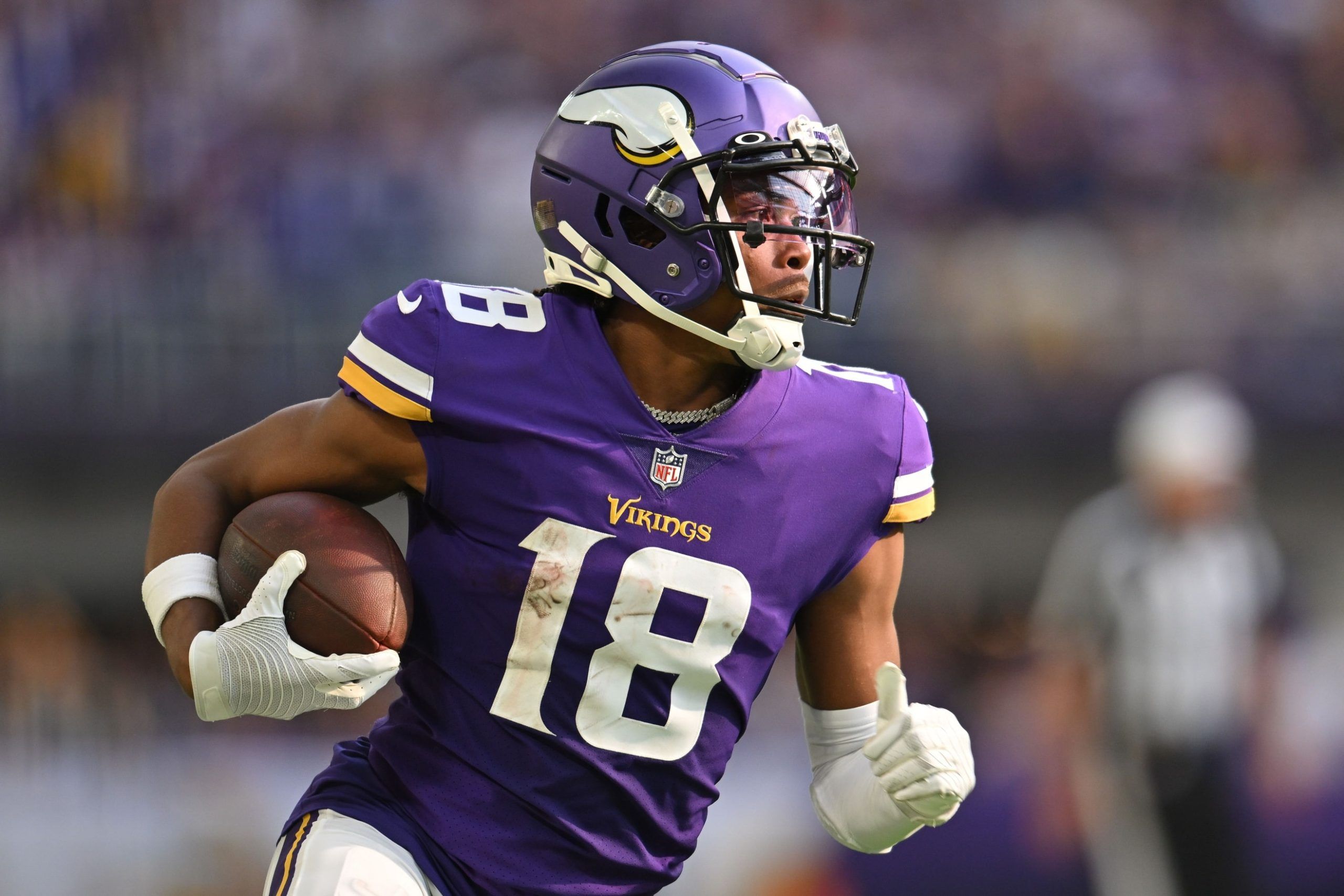 We have our first London game of this season in Week 4 as the Minnesota Vikings will match up with the New Orleans Saints. Kickoff is at 9:30 am EST, so it will be a treat on the East Coast to wake up to football, while the West Coast will have to decide if it’s worth waking up for. I enjoy these games and think it’s a great way to start your Sunday morning. Let’s take a look at some player props.

Don’t forget to check out our full Vikings vs Saints preview too!

After an explosive Week 1, Jefferson has struggled mightily over the last two weeks. The Eagles game got away from Minnesota early, and playing from behind meant play calling became predictable. Against Detroit, the Lions owned the time of possession by nearly +10min. Marshon Lattimore is one of the better corners in the league, but Jefferson had success against him in 2020 (10 targets, 6 receptions, 85 yards). Also, Lattimore’s only real test this season has been Mike Evans, who still hauled in 3 receptions in 60% of the snaps before being ejected. He’s graded out as the 42nd best corner this season, according to PFF, which is good but not great.

Jefferson should continue to see his 27% target share, which would land him around his 10 targets per game season average. The Saints are one of the lowest scoring teams in the 1Q, and it will allow the Vikings offense to get into a rhythm again, similar to what we saw against Green Bay. This is a buy-low spot for Jefferson at + odds, so I’m taking it for 1U.

I know what you’re thinking, “Why would he handicap an Andy Dalton over?”. Welp, let me make my argument. Dalton completed 63% of passes last season for the Chicago Bears, with arguably the worst skill position group in the NFL. He averaged 250 yards per game for all games he played above 90% of the snaps. On Sunday, he will be able to rely on Alvin Kamara, Jarvis Landy and Chris Olave. I’d make the argument that Dalton is one of the best backups in the NFL outside of Gardner Minshew and Teddy Bridgewater. The Vikings new defensive coordinator was previously the Broncos defensive coordinator and a disciple of Vic Fangio. Schematically, this defense will sit in zone more than man coverage for most of the game.

Against similar defenses, Dalton completed 71% of his passes versus LAR in 2021. I suspect the Vikings will jump out to an early lead Sunday morning, forcing Dalton to play from behind. This line is just too low for an adequate QB playing in a negative game script. I’d play for 0.5U since we have a lot of uncertainties, but I feel good about getting this line at 221.5. It’s at 225.5 on other books.