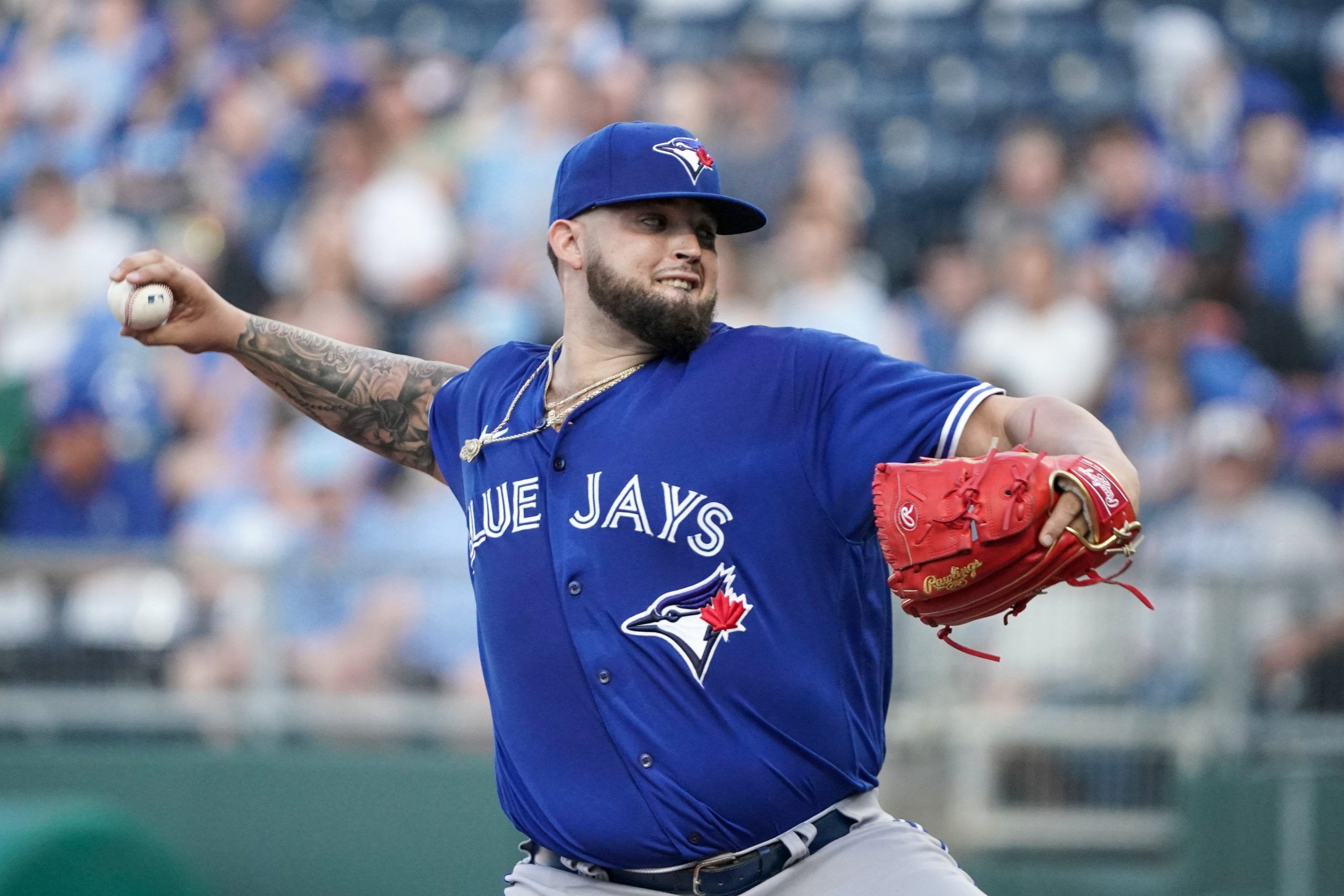 Read below to see the prop I am eyeing up on Monday’s 4th of July MLB slate.

Toronto’s second-year right-hander Alek Manoah has ascended into the upper echelons of starting pitchers this season. The young ace has produced the league’s 5th-best ERA at 2.09. His xERA ranks 87th percentile. His 0.96 WHIP ranks 9th best in baseball and his 89th percentile walk rate plays a major factor in that. He has a barrel rate and hard-hit rate in the 93rd and 98th percentiles respectively and his xSLG is in the 89th percentile. His .209 AVG allowed turns into just a .233 xBA, which ranks in the 68th percentile.

Manoah does an elite job drawing pop-ups and weak contact, ranking well above the league average in both. He throws pitches in the zone 2.9% more than average. When in the zone, those pitches are connected on at a rate that is 4.1% lower than average. He gets ahead in counts with regularity and gets batters to chase with his 73rd-percentile chase rate. His 1.94 road ERA should play well in the Coliseum where runs are typically hard to come by.

Manoah has gone 5 or more innings in each start this season, averaging 6.1 IP and 92.4 pitches per start. Eleven of Manoah’s 15 starts have ended in a decision for the starter with 9 wins already to this point. Oakland has allowed 15 of the last 18 right-handed starters they have faced to record a decision and 12 of those decisions have been wins for the opposing starters. All but one of those 18 pitchers lasted 5+ innings, and 14 of them lasted 6 or more innings. They average the 6th-fewest pitches per PA as a team. Oakland over the last 30 days against right-handers have the 4th-worst AVG, the worst OBP, 2nd-worst SLG, 2nd-worst OPS, 2nd-worst wOBA, 5th-worst ISO, and a wRC+ of 76 which is 4th- worst.

Cole Irvin is on the mound for Oakland with his 10th percentile xERA, 8th percentile xBA, and 5th percentile xSLG. While he has produced much better at home this season, his expected stats clearly point to regression. His actual ERA his season of 3.58 jumps to 5.39 when looking at his xERA. He allows a ton of contact and gets hit hard with a 13th- percentile barrel rate. Toronto has mashed left-handers all season, and that has continued over the last 30 days. Since then Toronto is hitting .284 off left-handers with the league’s best SLG and ISO, 2nd best OPS and wOBA, and a 147 wRC+ which ranks 2nd-best. Oakland is 3-10 in Irvin’s starts and I like Toronto in this matchup.

Odds available at BetMGM and DraftKings Sportsbooks at time of publishing.

The last 11 left-handed starters Seattle has faced have combined for 57 strikeouts in 53.2 innings. While the 1.06 K/IP may not stand out, it would rank in the 60th percentile were that rate to come from a single pitcher. What encourages me about that number is the lack of top-of-rotation talent they faced during that 11-game stretch. Patrick Sandoval twice, Rich Hill twice, Jose Saurez, Ranger Saurez, Bailey Falter, Yusei Kikuchi, Zack Logue and Martin Perez don’t jump off the page as intimidating or high K% pitchers. In fact, Kikuchi’s 73rd percentile K% towered over the next closest on the list in Sandoval who is in the 57th percentile. Six of those arms rank in the 31st percentile or worse in that category. The Mariners allowed 5 or more Ks to the opposing starter in 8 of those 11 games.

Sean Manaea has a 71st percentile K% and his 1.05 K/IP is in the 58th percentile. His swinging strike rate is 73rd percentile and his whiff rate ranks 63rd. He has pitched 6 or more innings in 12 of 14 starts. Over his last 10 starts he has averaged 98 pitches per start and on the year he averages 14.81 pitches/K.

Manaea gets ahead in counts often with his 65.5% first-pitch strike rate. His pitches are in the zone 4.5% more than average and he draws swings on those pitches 5.2% more than average. The contact rate on those swings in the zone is 3.7% lower than league average. This helps him stay efficient with his pitch count while still making batters miss. While Manaea is not dependent on looking strikes to get his punchouts, Mariners have the league’s 3rd-most looking Ks this season. He has 5 or more strikeouts in 13 of 14 starts this season.

I like the Padres offense to get to Chris Flexen as well. Flexen has historically been much worse on the road and this season is no different. His overall 10th percentile xERA is negatively impacted by his road ERA being 0.79 higher than his home ERA. His home K/BB of 3.2 falls to 1.37 on the road, where he has allowed 19 walks in 42 IP. He has an xBA that sits in the 13th percentile with a 10th percentile barrel rate and 14th percentile average exit velocity. The Padres over the last 30 days against right-handers rank 6th in AVG, OBP, OPS, wOBA, and SLG, with a wRC+ of 118 which is 5th-best.