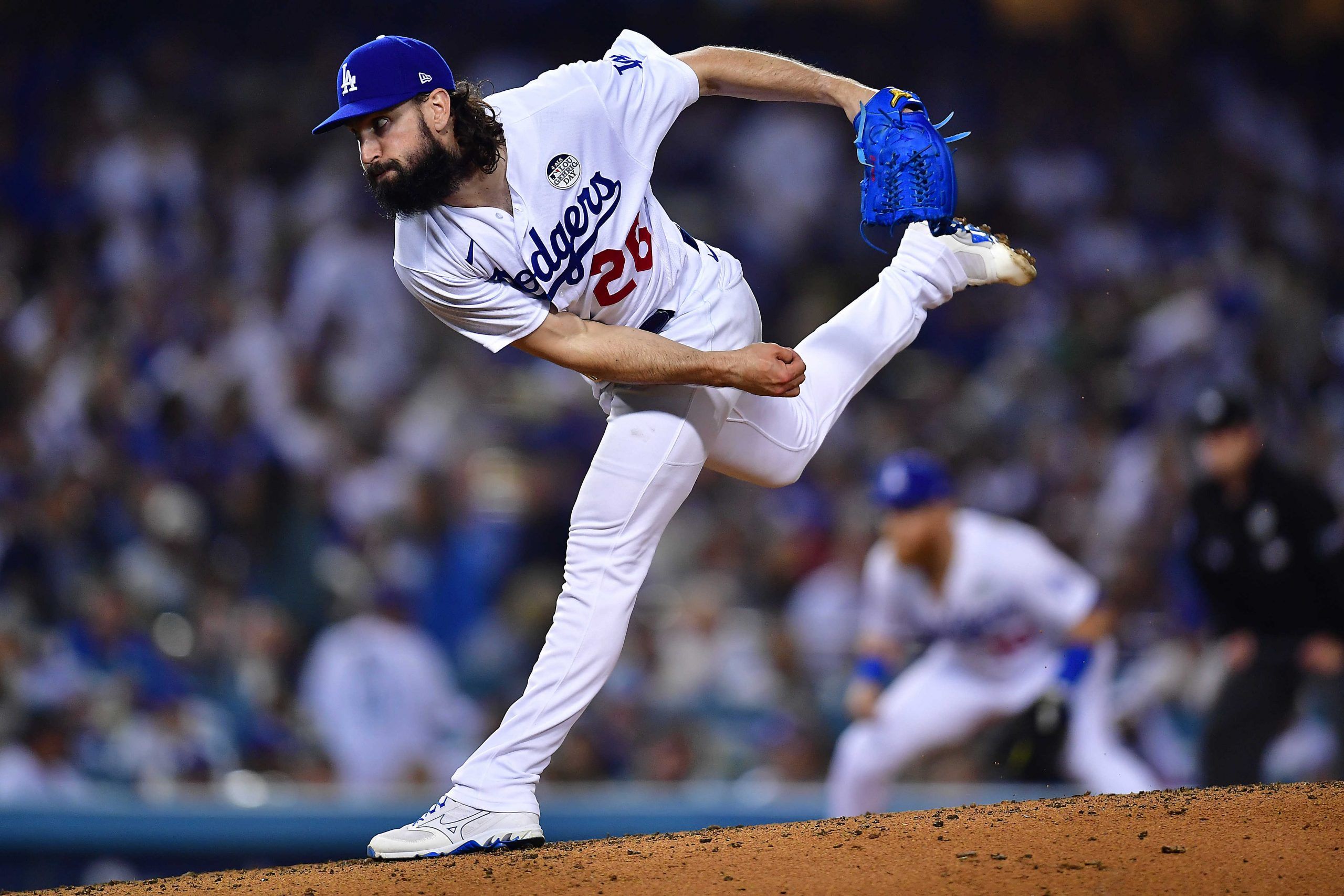 A lifelong sports fan from Northwestern Pennsylvania. Die-hard supporter of the Steelers, Pirates and Cavaliers. Insane passion for writing about sports and helping others improve. Incredibly thankful for the platform Pickswise is giving me.
Updated: 9:15 AM ET August 29, 2022

Read below to see the props I am eyeing up on Monday’s MLB slate.

Odds available at DraftKings Sportsbook at time of publishing. Playable to +120 odds.

Tony Gonsolin has been nothing short of fantastic for the Dodgers this season. The 28-year-old right-handed pitcher has posted a 16-1 record, with Los Angeles winning 19 of his 23 starts. His 2.10 ERA and 0.86 WHIP rank 2nd and 3rd best in MLB respectively. He ranks 73rd percentile or better in xERA, xBA, xSLG, barrel rate and hard-hit rate. His 58th percentile walk rate and 56th percentile strikeout rate are both above average and he has a career-high ground-ball rate this season. Gonsolin gets ahead in counts with a 63.4% first-pitch strike rate. This sets up his 58th percentile chase rate and chase contact rate that is 6.4% lower than average.

The former St. Mary’s product has allowed 2 or fewer runs in 20 of his 23 starts and has gone the necessary 5 innings in 19 straight starts with 6 or more innings in 11 of his last 17 starts. Gonsolin has made 4 starts in August spanning a combined 23.2 IP. He allowed 10 hits, 7 walks and 2 earned runs to his 20 strikeouts. Three of those starts were against current playoff teams and now he draws a lousy Marlins offense. In the last 30 days against right-handed pitching Miami ranks 29th in wOBA, 30th in OPS, 30th in SLG and 27th in ISO. Of the last 25 right-handed starters to face Miami, 23 have gone the necessary 5 innings.

The Dodgers will likely give Mookie Betts a rest day according to manager Dave Roberts, but Will Smith should return to the lineup after sitting yesterday. This team has plenty of potent bats, especially when compared to Miami’s. In the last 30 days against right-handers the Dodgers rank 1st in SLG, OPS, wOBA and ISO with a wRC+ of 146, also tops in MLB. While they have a series starting tomorrow against the Mets, this is a well-managed and veteran team that shouldn’t overlook a Marlins team they are 5-1 against this season.

Miami has yet to face Gonsolin which should benefit the pitcher, and behind him is another Dodgers advantage with the superior bullpen. Los Angeles ranks 6th in xFIP and 1st in WHIP during the last month. Miami’s unit ranks 22nd in xFIP and 29th in WHIP during that same span. Look for Gonsolin to record his MLB-leading 17th win of the season tonight.

Odds available at FanDuel Sportsbook at time of publishing. Playable to -145 before I would pivot to Under 17.5 outs.

I had success betting on Pablo Lopez early in the season when his strikeout lines were soft in easier matchups than he has today. He began the year clearing 5 or 6 strikeouts with regularity and ease but has since struggled to find consistency. Lopez is coming off his best start in more than a month when he posted 6 scoreless innings against Oakland. The Athletics’ offense is towards the bottom end of the league and strikes out often, but Lopez recorded only 5 Ks in 6 IP. After 6 or more strikeouts in 6 of his first 9 starts this season, Lopez has had only 6 strikeouts in 5 of his last 16 starts, even failing to reach this line against Pittsburgh.

Of 111 qualifying pitchers, Lopez throws the 28th-most pitches per plate appearance. As a team the Dodgers rank 2nd in pitches per plate appearance. They also have the 8th-highest walk rate and 5th-highest walk-to-strikeout ratio against right-handed pitching in the last 30 days. On the season they have the 2nd-lowest chase rate and 11th-highest chase contact rate when they swing out of the zone. This Dodgers offense has been the best in baseball during the last 30 days, and really all season against opposing right-handers. In terms of strikeouts, they rank 24th during the last 30 days with a 20.9% K% against righties. Of the last 22 right-handed starters to face Los Angeles, 17 have been held to 5 or fewer strikeouts, with 12 of them having 4 or fewer.

Lopez has an ERA at home 1.28 higher than on the road and has failed to reach 6 innings in each of his last 5 home starts. Behind him is a relatively fresh bullpen considering they had the day off on Saturday thanks to a complete game from Sandy Alcantara. They used only 3 arms yesterday and should have everyone available. While I don’t think Lopez goes 6 innings, I believe he can go under this strikeout line even if he does complete the 6th. During his last 16 starts, Lopez has averaged 18.25 pitches per strikeout recorded. At that rate we would need 110 pitches for the 6th strikeout and Lopez has averaged 91.25 pitches per start during that span.