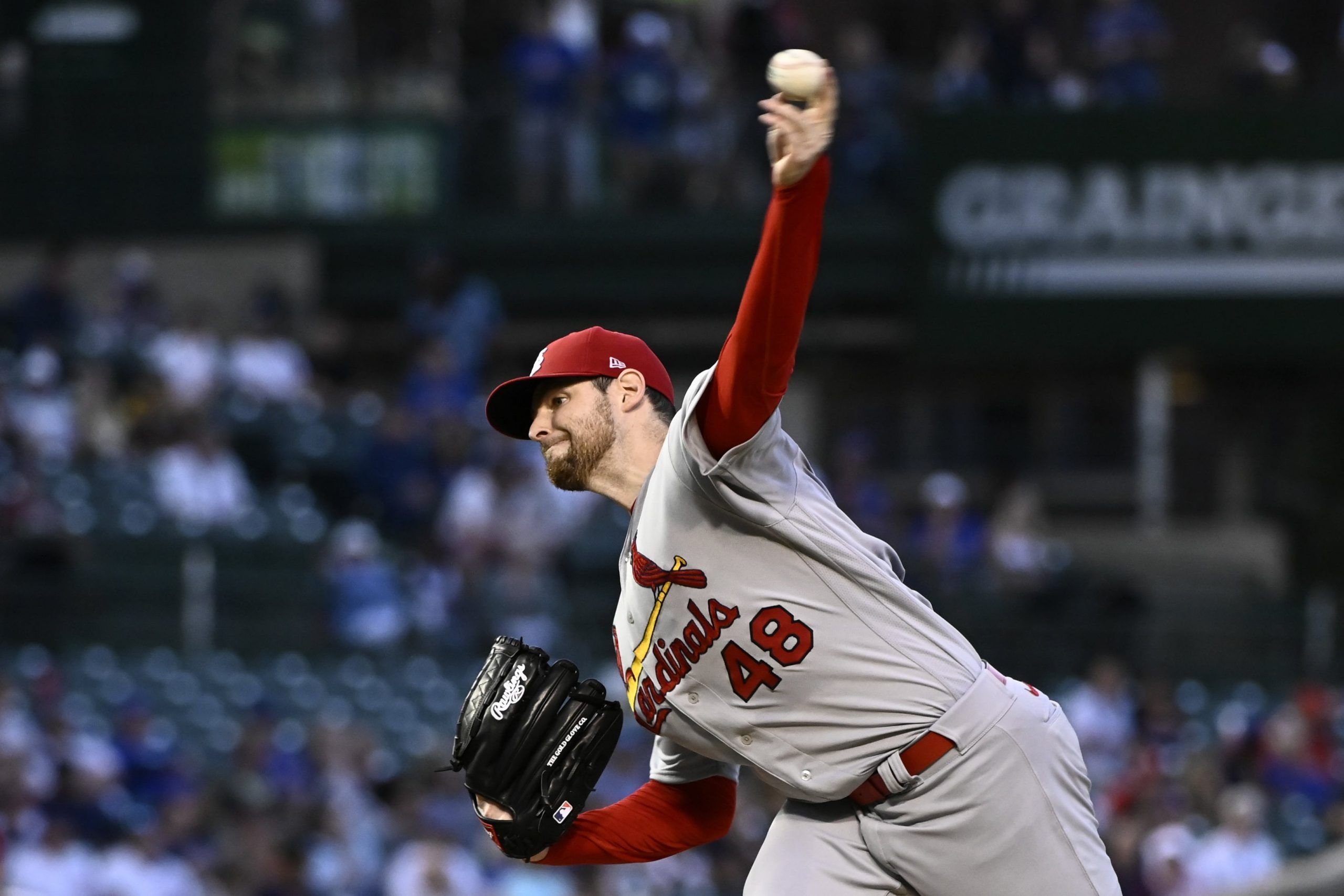 A lifelong sports fan from Northwestern Pennsylvania. Die-hard supporter of the Steelers, Pirates and Cavaliers. Insane passion for writing about sports and helping others improve. Incredibly thankful for the platform Pickswise is giving me.
Updated: 12:37 PM ET September 02, 2022

For the last 15 months I have shared my sports betting tips and plays on my Twitter page @shou_in. I am incredibly thankful for the platform Pickswise has now allowed me. I update my record in my Twitter bio daily and I’m more than willing to answer any questions or provide help through direct messaging.

Read below to see the props I am eyeing up on Friday’s MLB slate.

Get out MLB picks for each of today’s 15 games

Jordan Montgomery has been nothing short of fantastic since joining his new team at the trade deadline. The newest member of the Cardinals’ rotation is coming off a poor outing where he allowed 5 earned runs to the Braves’ potent offense but had allowed just 1 earned run in his first 25.2 IP with St. Louis before that. This includes a complete-game shutout while allowing 1 hit and 7 strikeouts against this Cubs lineup two starts ago.

In the last 30 days against left-handed pitching, the Cubs have a wRC+ of 68 which ranks 29th in MLB. During that span, they rank 29th in wOBA, 28th in OPS, 22nd in ISO and have a 24.1% K%. Of the last 25 left-handed starters to face Chicago, 19 of them have recorded 4 or more strikeouts. The pitchers to record less than 4 strikeouts were Patrick Corbin, Alex Wood, 2 innings of Julio Urias, Rich Hill, Ryan Weathers and Matthew Liberatore. Montgomery has a 3.28 ERA and 1.04 WHIP on the season. His 93rd percentile BB% keeps free base runners away and he limits hard contact, ranking in the 63rd percentile in hard-hit rate and 55th percentile in average exit velocity. The southpaw has solid strikeout numbers this season, but his advanced numbers show he may soon see an uptick in strikeout production.

The Cardinals offense will face Adrian Sampson who they just tagged for 5 earned runs across 8 hits and 2 home runs 11 days ago. In the last 30 days against right-handed pitching St. Louis ranks 1st in wOBA, OPS, SLG and ISO. Sampson is an alright pitcher who limits walks and hard contact but ranks 24th percentile or worse in xERA, xSLG, xBA and K%. He doesn’t go very deep in games either, having thrown 61 pitches in each of his last 2 starts and going 5 innings or less in 7 of his 13 starts.

Be sure to check out our full Chicago Cubs vs St. Louis Cardinals predictions

This will be the second consecutive start that we are backing Arizona Diamondbacks starting pitcher Zach Davies. The 29-year-old right-hander treated us well in his last outing when he allowed only 2 earned runs in 5.2 IP to the White Sox. That was his 5th consecutive start lasting at least 5 innings of work, as well as his 11th time in his last 12 starts. His expected stats are not the prettiest overall, but he does limit hard contact, ranking 87th percentile in average exit velocity and 84th percentile in hard-hit rate. At home this season, Davies has allowed only 4 home runs in 47 IP with a 3.26 ERA and .236 OBA. In his last 11 starts, Davies has posted a combined 2.99 ERA with a 1.08 WHIP and .189 OBA across 60 innings of work.

The Brewers’ offense has been extremely inconsistent lately as they have fallen well behind the Cardinals in the race for the NL Central. Against right-handed pitching in the last 30 days, Milwaukee ranks very well in terms of their power numbers, but just 24th in AVG at .224. When on the road in the last month that number falls to .214. Of the last 14 right-handed non-opener starting pitchers to face Milwaukee, only one has allowed more than 3 runs while 11 have allowed 2 or fewer. I am fully aware this Brewers offense can have a power surge at any moment, but this line seems very advantageous for a pitcher who limits hard contact, pitches better at home and is in good current form. Of the last 13 right-handed non-opener starting pitchers, 8 of them have gone 5 or more innings against Milwaukee and I believe that will continue tonight.

Odds available at BetMGM Sportsbook at time of publishing. Playable to -120 odds.

Manoah has held his opponents under 2.5 earned runs in 19 of his 25 starts, including 11 of 13 when on the road. In the last 30 days against right-handed pitching, the Pirates rank 8th highest in ground ball rate, 26th in wOBA, 26th in OPS, 22nd in ISO, 25th in SLG and have the 6th highest K%. All of that to say they are not a good hitting team. Of the last 25 right-handed starters to face Pittsburgh, 17 of them have allowed 2 or fewer earned runs. With wind blowing in from the outfield there is projected to be a sharp decrease in home run production at PNC Park tonight. Toronto had the day off yesterday and with a fresh bullpen behind Manoah, he shouldn’t be pushed more than 6 innings.

The 2nd part of this play is the Miami Marlins alternate team total under 5.5 runs. The juice on Manoah as a straight play was a bit out of reach for my liking so I will once again be fading the worst offense in MLB. Miami has scored 5 or fewer runs in 49 of their last 53 games played, dating back to the first half of the season. They are downright pathetic offensively and have struggled mightily against both left and right-handed pitchers. Against right-handers in the last 30 days, Miami ranks dead last in wOBA, SLG and OPS, 24th in ISO and have a wRC+ of 74.

Charlie Morton has had an up-and-down year for the Braves this season, but the veteran should have no issue making these Marlins bats whiff. Morton ranks 83rd percentile in K% and 68th percentile in xBA this season. His 5-pitch arsenal should keep the young bats off balance as the majority of them have yet to face Morton for many at-bats. One place Morton has consistently had success this season is at home where he has a .191 OBA and 3.07 ERA. I expect another below-average offensive performance from Miami tonight.