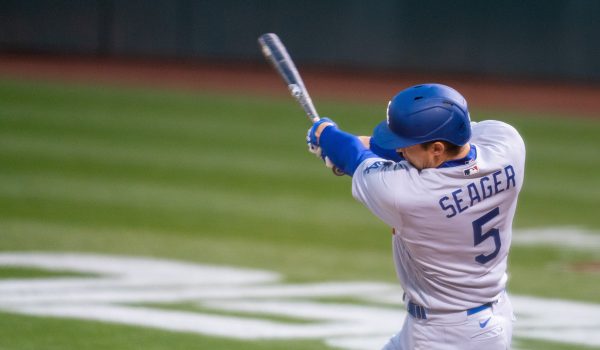 Welcome to the MLB Best Props Article, April 9th edition! Check out two looks on hitters with strong matchups and a setup for success.

Seager is making it clear that he is no longer satisfied with being an All Star – he’s making his push for National League MVP. The Dodgers starting SS and 2-hole hitter is hitting an absurd .423 through 6 games (32 plate appearances), and has the benefit of 7 high-quality hitters around him in the order every day, forcing starting pitchers to throw to him, rather than trying to work to the next guy down. He’s got a perfect matchup on deck today vs Nationals RHP Joe Ross, who has not only started a game in two years, but was highly ineffective even before injuries began. Ross – who opted out of the 2020 season due to COVID concerns – posted a 5.09 xFIP in 2019 and a 5.79 xFIP in 2018, a far cry from his career-year in 2016, with a 3.87 xFIP. He’s barely thrown in Spring Training and hasn’t looked altogether that convincing, allowing 7 hits, walking two, and hitting two over 9 IP.

The challenge that Ross faces today is twofold – first, he’ll try to adapt back to a Major League flow, which is hard enough in itself. The pace of the game and level of competition is totally different in the regular season, and 9 innings of Spring Training ball reasonably is not enough to prepare. Second, he’ll battle a team he’s gotten rocked by in the past, particularly Seager, who is 5-5 career against Ross. Seager is hitting an obscene .500 against RHP this year and posted ridiculous splits vs righties last season, with a 166 wRC+ and .416 wOBA, as compared to a 121 wRC+ and .347 wOBA vs LHP. Expect Seager to attack Ross and produce a few hits, particularly with the wind blowing out on a hot day in Los Angeles.

Check out the full preview for Dodgers vs Nationals here

Like Seager, Ramirez is perfectly positioned to exploit a matchup vs an inferior pitcher today. The switch-hitter has the pleasure of taking on Julio Teheran, who has been one of the worst pitchers in baseball over the last few seasons. Teheran posted a 5.26 xFIP in 2019, and followed that up with an even worse 6.35 xFIP in 2020, demonstrating that his tailspin is not a product of bad luck, but rather just becoming a bad pitcher over time. On the surface, his first start to 2021 looks like he turned over a new leaf, with just 1 run in five innings. However, that 1.80 ERA is undermined by a 5.91 game xFIP, which suggests that any positive takeaways are likely to be forgotten quickly.

In his last match-up vs a Teheran-led Tigers, Ramirez posted two at-bats with exit velocities above 103 MPH, and three of his four at-bats resulted in expected batting averages above .300. Today, with 13 MPH winds blowing straight out to centerfield, all Ramirez will have to do is make hard contact and lift the ball, which seemed to come naturally in his last game (April 7) as he delivered two long home runs. In 2020, Teheran allowed a .446 wOBA and .746 SLG to lefties; with a power-hitter like Ramirez in the box today, expect loud contact with the constant threat of a double or home run.

Check out the full preview for Indians vs Tigers here