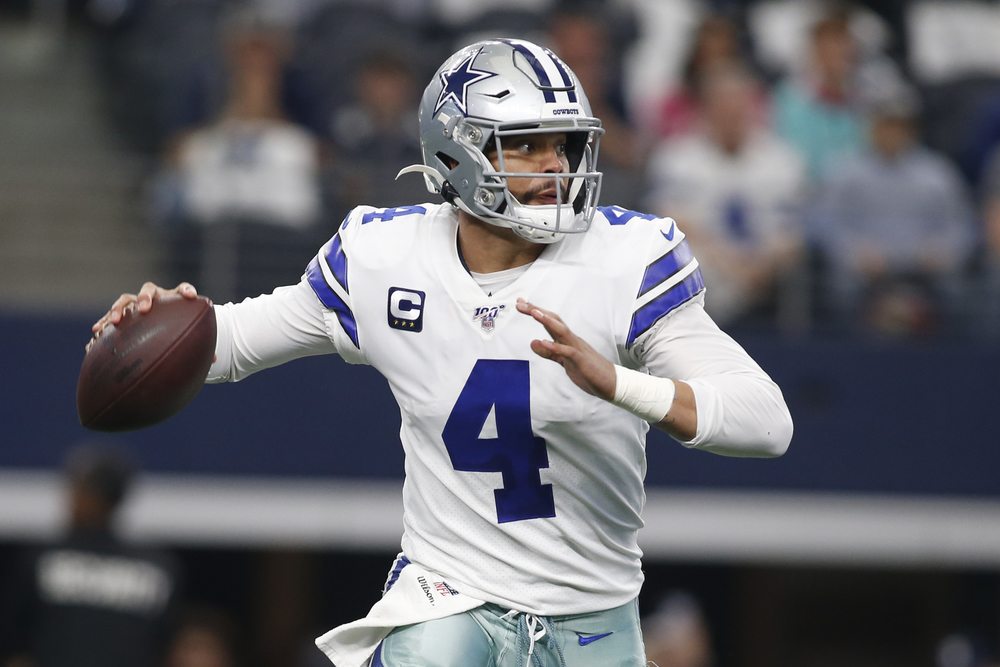 Thanksgiving football is here — truly something to be grateful for. We have a nice three-game slate, and here at Pickswise we have a ton of content coming to get you primed. Same game parlays, touchdown scorer parlays, mega parlays and everything in between. Keep up with it all in our NFL News tab. But right now, we’re talking about Monkey Knife Fight. Nothing better than Thanksgiving MKF.

Here are my favorite couple of MKF plays for the Thanksgiving slate.

Don’t forget to check out our free NFL picks on the side and total for every game in Week 12!

Looking at this passing yards More or Less, I’m going more for Carr and less for Prescott. Let’s start with Carr. The Raiders are underdogs of more than a touchdown here, so they project to be passing a lot. And Las Vegas has virtually no ground game to speak of these days. Dallas’ secondary is vulnerable; it can give up the big play. The Cowboys’ pass-rush is also severely banged up; DeMarcus Lawrence is still out for this one, which will make life much easier for Carr. Even with the Raiders’ offense struggling at the moment, Carr has still eclipsed 260 yards in four of his past five games and in seven of 10 overall this year.

On the other side, I’m not expecting a huge game from Prescott. It might surprise you to learn that Prescott has only topped 238 yards three times in his last eight games. And with Dallas being such a big favorite here, I wouldn’t expect too many pass attempts from him. The Cowboys will want to lean on the run, and the ground game is where this Raiders defense is most exploitable. At the very least, Prescott is going to be without top receiver Amari Cooper here. And he might be without number two receiver CeeDee Lamb (questionable), as well.

Check out our same game parlay for Bills vs Saints (+1534 odds!)

I often will play one More or Less and one Rapid Fire. But this week none of the Rapid Fires jumped out to me. Instead, I like a second More or Less. I’m going less on Allen and less on Siemian. I don’t see either passing attack having much success in this game. Allen has struggled throwing the ball recently, averaging 6.0 yards per attempt or fewer in three of his past four games. The only game he eclipsed that mark in came against the Jets. And pretty much anybody can carve up the Jets through the air. Now he’s going on the road into an electric environment at the Mercedes-Benz Dome against a tough Saints defense.

On the flip side, I’m not expecting too much from Siemian either. The Colts laid out the blueprint for beating the Bills’ defense last week. It’s running the ball. Sean Payton surely saw that, and he’s going to keep things on the ground here. The game-plan will be to have success with the rushing attack, and keep the ball away from Buffalo. Siemian is going to be playing without Alvin Kamara, without several starters on the offensive line and without safety blanket tight end Adam Trautman. He’s going to have a tough time.