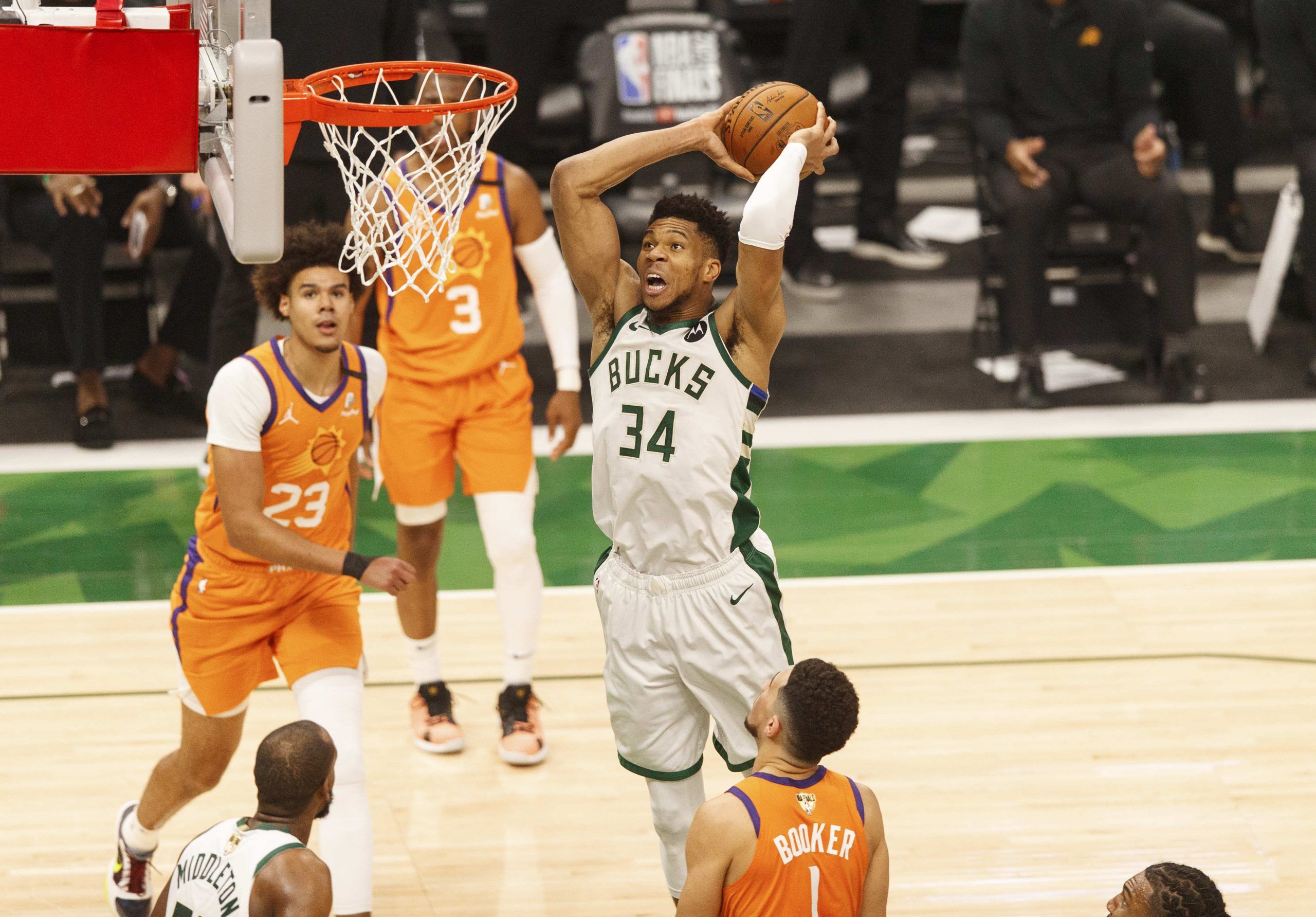 More commonly known as @PropBetGuy on Twitter, Doug Carter has been crunching the numbers on player props for years. He's also a staunch defender of future Hall of Famer, Eli Manning.
@PropBetGuy
Updated: 5:05 AM ET July 17, 2021

Now knotted up at 2-2, the NBA Finals has become a best-of-three series. Every playoff game is pivotal, of course, but Game 5 now takes on new meaning. Both teams will desperately look to claim the series lead before things shift back to Milwaukee for Game 6. Before we dive into player props, make sure to consult how our experts are picking Saturday’s game if you’re looking to bet sides and totals.

At this point in the Finals, coaches and players are going to continue to lean on what’s working. The best players will be pushed to play their maximum workload, and rotations will be significantly tightened. My best player props focus on two significantly different players, but ones who play absolutely vital roles for their team.

Check out our full game preview for Game 5 of Milwaukee Bucks vs. Phoenix Suns

Line available at time of publishing. Playable up to over 33.5 points.

The end of Game 4 saw Antetokounmpo make what might have been the defensive play of the season with his block on Deandre Ayton. With the series now knotted up, and his knee issues seemingly behind him, I’m looking to load up on the All-NBA performer’s point total.

Last game, we saw Giannis take a backseat offensively to Khris Middleton. Antetokounmpo notched 26 points on 19 field-goal attempts, compared to 40 and 33 for Middleton. In fact, with the exception of Game 4 versus the Hawks (when he left early with an injury), Giannis incurred his lowest usage rate of the playoffs in Game 4, at 22.4%. Even though the Bucks came out victorious, I see Game 5 as somewhat of a bounceback spot for the league’s fifth-leading scorer.

Since the beginning of the Nets series, Antetokounmpo has yet to go back-to-back full games scoring less than 33 points. Plus, Middleton has yet to put up 25+ field goal attempts in back-to-back games during the playoffs. Giannis played the role of facilitator in Game 4, with a whopping 20 potential assists. In Game 5, I expect the Bucks to go back to feeding Giannis in the paint, especially when deploying small-ball lineups.

The five-time All-Star has netted at least 33 points in nine of last fourteen full games played. In a hostile Game 5 environment, on the road, I have the big man projected north of 35 points.

Find out our first basket best bets for Bucks vs. Suns, including a +1000 longshot!

Hello, old friend. I played Crowder’s points + rebounds line in Game 4, to positive results. I’ll spare you the repeated analysis, but the Marquette alum’s matchup continues to be advantaegous.

Crowder stayed involved in Game 4, despite only shooting three of ten from the field. He only converted on two of his eight open three point shots. However, I take solace in the attempts, knowing that Crowder keeps seeing open looks. The Bucks are pressuring Chris Paul early and often, prompting the point guard to move the ball quicker. This opens more looks (and assist opportunities) for complementary pieces, such as Crowder.

Also, the burly forward saw double digit rebound chances for the fourth straight game in this series. Suns coach Monty Williams benched Frank Kaminsky and used Crowder as his back-up center in Game 4. Despite Deandre Ayton gobbling up 17 rebounds, Crowder was able to once again exceed his implied line.

Continuing to be in a favorable spot, I have Crowder projected to push past 22 PRA again in Game 5.