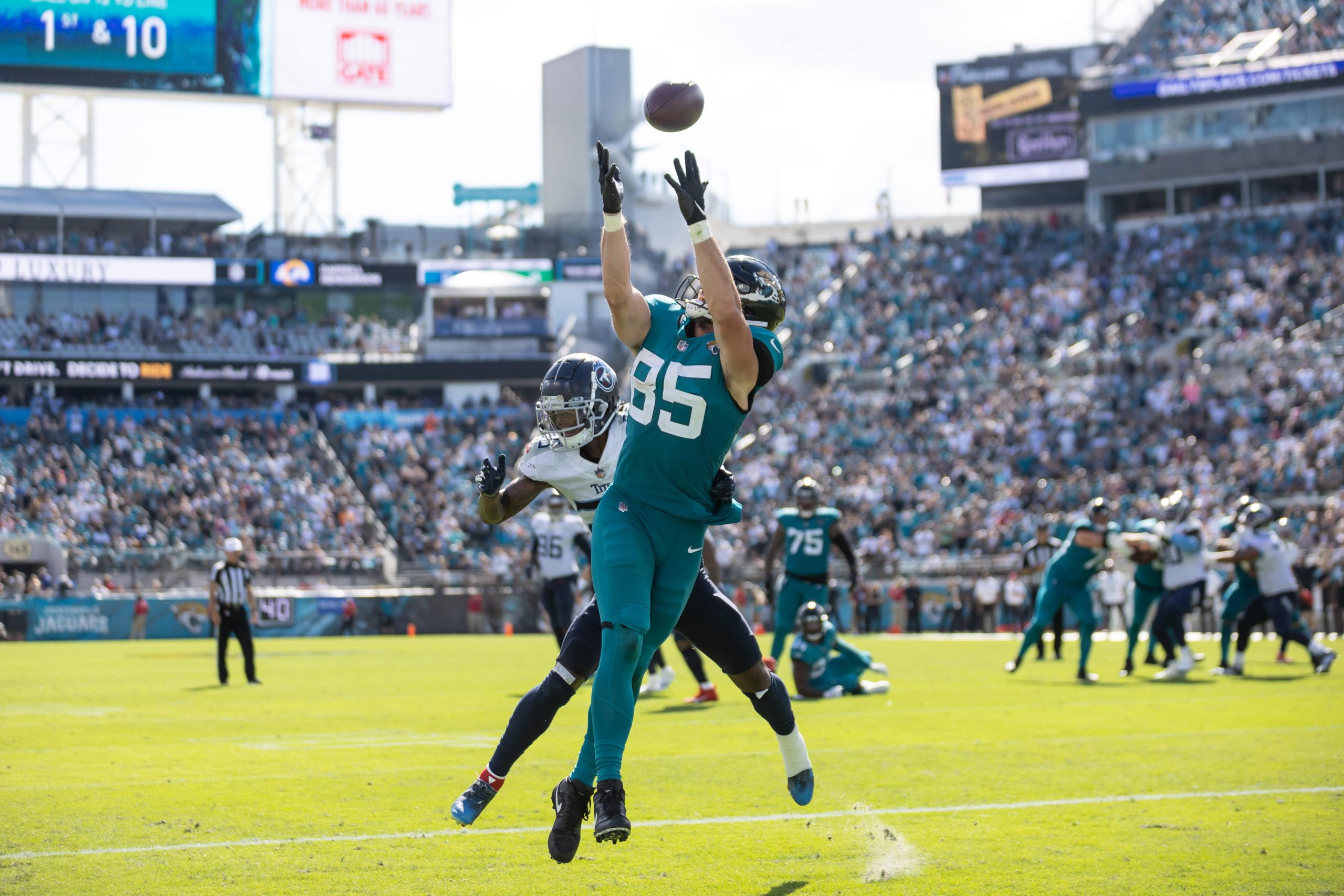 Another week, another London game. For Week 6 across the pond, we’re treated to the Miami Dolphins versus the Jacksonville Jaguars. Both teams are scuffling, with a combined 1-9 record between them. As such, this serves as an excellent opportunity to cash in on a win, meaning each team should come into this one highly motivated. Before I give my player prop of the game, be sure to check out our expert’s picks for game sides and totals.

Both teams’ offenses have had their fair share of personnel changes through the early part of the season. Miami is expected to welcome back Tua Tagovailoa as their QB1 this week. However, it’s a relatively new Jaguar I am focusing on for my favorite player prop of the game.

Line available at time of publishing. Playable up to over 35.5 receiving yards.

After coming over to the Jaguars via trade, Arnold has had an immediate impact. In Week 4, playing on a limited basis as he was learning the offense, the big tight end grabbed both his targets for 29 yards, on just 12 routes run. Last week, his snap share skyrocketed to 73%, and he ran a route on 32 of Jacksonville’s 38 pass plays. Not only that, but he led the Jaguars in receptions (tied with 6), targets (8) and yards (64).

Now before you scream at me, “it was only one game!” let’s look at the Jaguars’ overall tight-end usage this season. Jacksonville’s tight ends have registered a 21% yard share from Trevor Lawrence, as well as 20% of his overall targets. Opening-week starter, James O’Shaughnessy had 72 yards in just 6 quarters before picking up an ankle injury. Arnold is now filling the void as the primary pass-catching tight end.

The Dolphins stand right in the middle of the pack defensively versus tight ends, having yielded 251 yards over 5 games. However, Miami’s safeties and linebackers, who figure to have primary responsibility on Arnold, do not grade well in coverage. Collectively, they’ve allowed 56 completions in 69 attempts, for 555 yards. Arnold ranks 9th among tight ends in yards per route run – he should have no issues finding seams in the defense.

With Lawrence implied at 33 pass attempts, I have Arnold conservatively projected at 5 targets. That volume will allow the UW-Platteville alum to churn out more than 40 yards receiving.