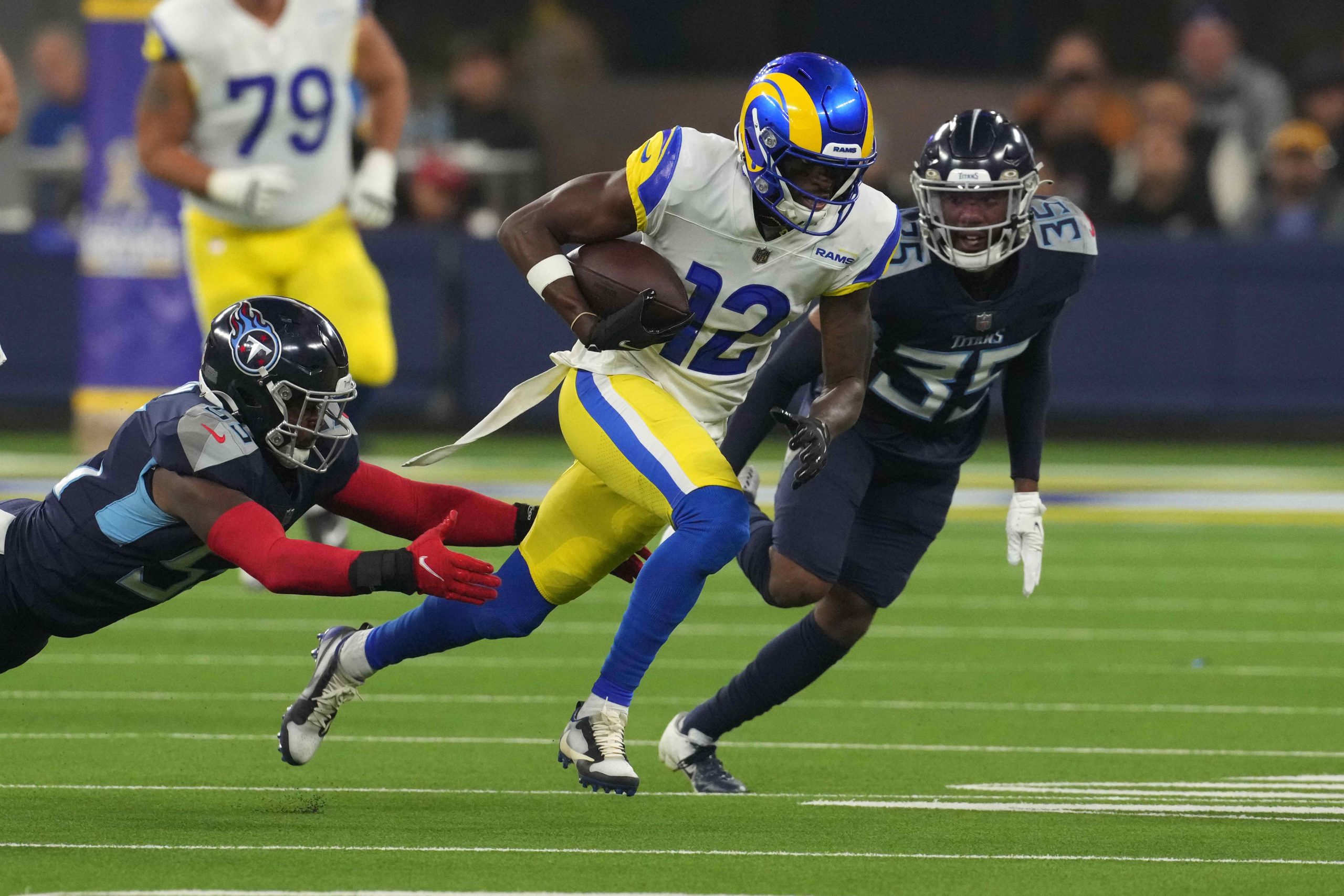 Another primetime game, another heated divisional matchup. For Week 10’s Monday night game, we shift our focus to the NFC West. The 7-2 Rams travel north to take on the 3-5 49ers. Both teams will be looking to avenge tough Week 9 losses in an effort to jockey for position within the division. Before I get to my favorite player prop, be sure to check out our full game preview.

NFC West primetime games always seem to come down to the wire, with heroic performances from the teams’ best players. While not necessarily a star, the player involved in my best bet of the night will be looking to capitalize on a newfound opportunity.

What a week it’s been for the Rams. In GM Les Snead’s neverending quest to acquire talented but disguntled veterans, the Rams signed Odell Beckham Jr. Not even 24 hours after the ink dried on the contract, fellow receiver Robert Woods tore his ACL in practice, and is now out for the season.

As it pertains to Monday night’s game, Beckham has had 2 practices with the Rams, and will likely be played in certain packages. Cooper Kupp is sure to play his normal high-volume role, but it’s Jefferson who should be the beneficiary to replace Woods’ production.

The sophomore wideout has shown flashes this season, with 3 games of 80 or more yards. He leads the team with a 13.3 yard average depth of target (aDOT), and is already tied for third on the team with 46 targets.

Woods was averaging more than 7 targets and 61 receiving yards per game as a reliable target on intermediate routes. Rookie Ben Skowronek will get some run in 3 wide-receiver sets, but he has only 3 catches on the year. With Beckham’s unfamiliarity with the playbook, QB Matthew Stafford should lean on Jefferson a bit more. Over the last 3 games, already playing at least 84% of the offensive snaps, Jefferson has seen 7, 6 and 7 targets. I project the Florida product with 8 targets on Monday night.

The 49ers secondary is exploitable, especially on the outside. San Francisco allows the 6th-highest yard share to opposing reiceivers, and have allowed 11 different receivers to eclipse this line in 8 games. Kupp has been unstoppable, but he does draw arguably the toughest matchup from the slot. 49ers cornerback K’Waun Williams ranks in the top 10 in allowing the fewest yards per route run out the slot.

Overall, I like Jefferson to benefit from some added volume. With the 8 targets I’m projecting, Jefferson should easily surpass 50 yards receiving on Monday night.