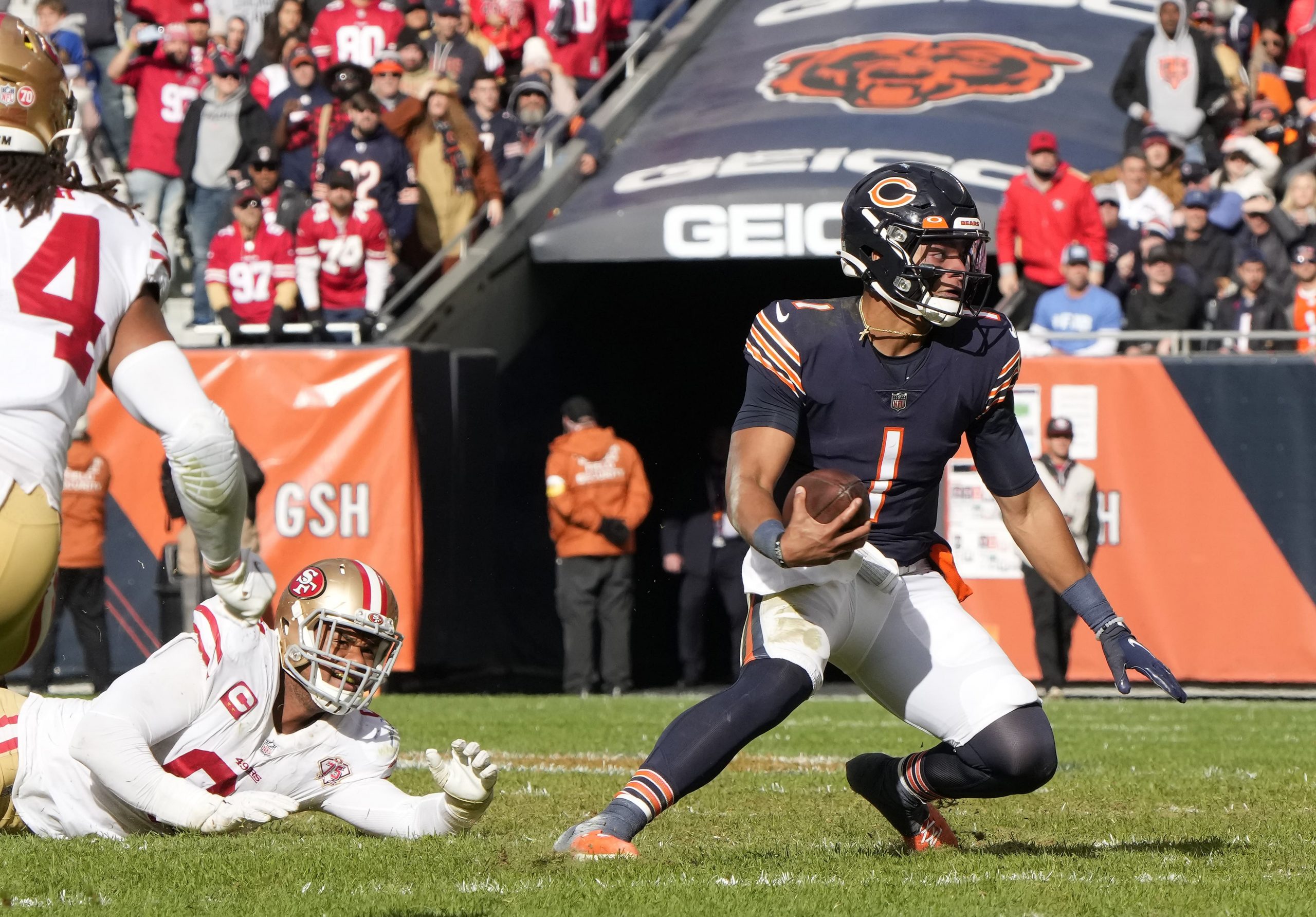 Monday Night Football’s impomptu doubleheader is capped off by an old school NFC North divisional rivalry. The Vikings and Bears square off in Chicago, with both teams looking to finish the season on a high note. While the Vikings are still clinging to their playoff hopes, the Bears have an eye to future with their young roster. Before I get to my favorite bet of the game, be sure to check out our full game picks and analysis.

In targeting player props at this point in the season, I love to focus on what’s been working. I know this sounds obvious, but in the stretch run, teams typically won’t drastically switch up their gameplans. Tonight’s best bet of the game fits that sentiment well, as I love the Bears quarterback to keep the ball on the ground.

Yes, another quarterback rushing prop from me…. Sportsbooks have continued to set these lines short for dual threat quarterbacks, and I’m staying ready and willing to pounce.

Fields’ line tonight is no exception. As he’s become more comfortable as the starter in Chicago, he’s been more willing to use his legs. He’s eclipsed this line in 5 of his last 6 starts, with the lone exception being the game he left early with an injury. The Ohio State product has shown a willingness to take off from the pocket as needed. While he will have some designed runs drummed up for him, more than 85% of his rush yards come via the scramble. Fields is averaging 8.1 yards per carry on scrambles — he’s shown a natural ability to pick up yards when he hits the open field.

Tonight’s matchup should be ideal for Fields to use his legs. The Vikings rank in the top 5 of both hurry and pressure percentage on the opposing quarterback. Dealing with his below-average offensive line, Fields will be on the run plenty. I have the quarterback projected around 7 scrambles tonight.

Overall, keeping the ball and running has worked for Fields to sustain longer drives. In primetime and at home, I see him continuing on that trend. I have the signal-caller’s rushing yards pegged in the high 40s.