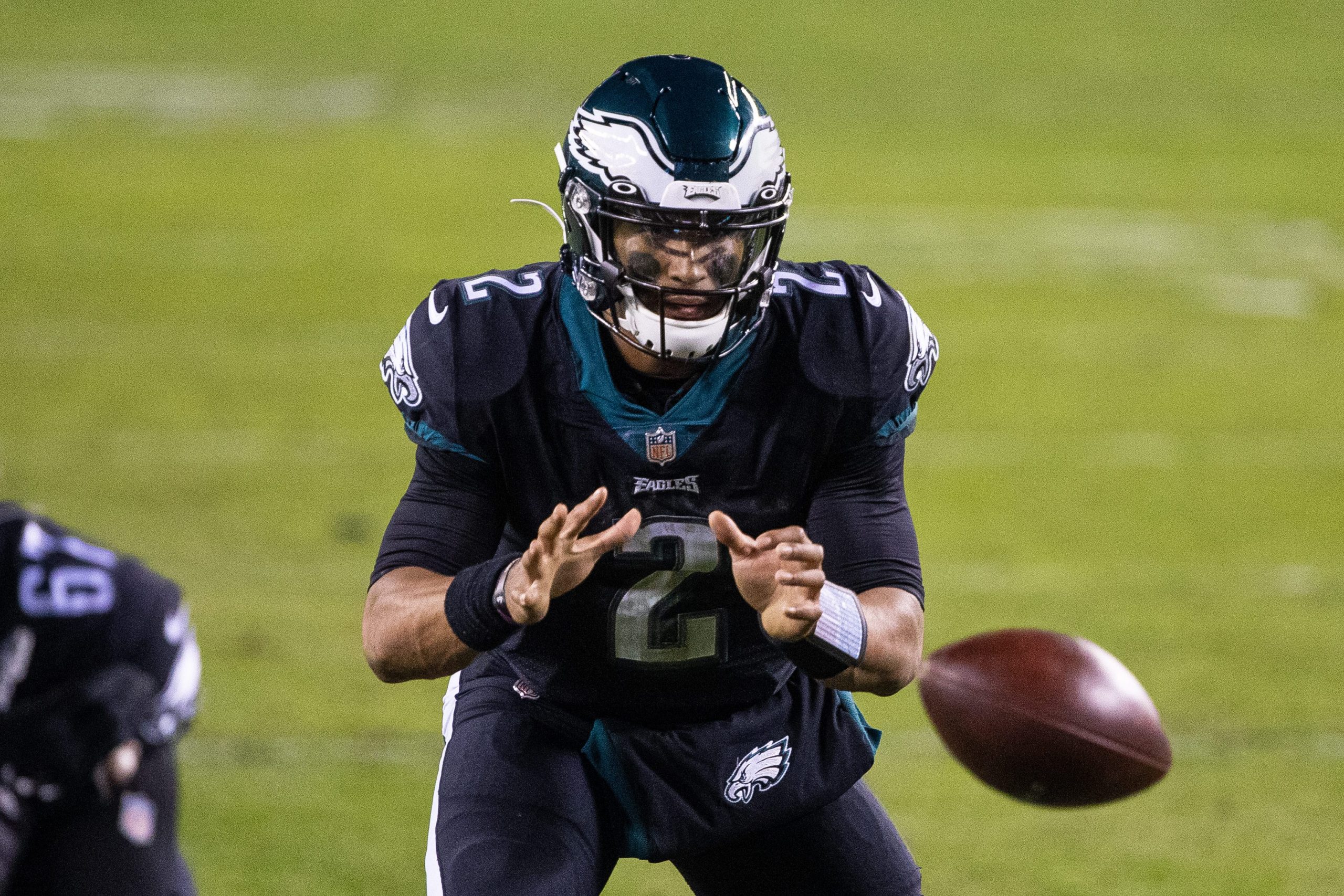 The third installment of Monday Night Football brings us an NFC East showdown. The Philadelphia Eagles travel to the heart of Texas to take on the Dallas Cowboys. When these teams get together, you can count on some fireworks, both on the field and at the sportsbooks. Before I get to my plays of the game, make sure to check out our expert picks for the game sides and totals.

I’m seeing plenty of value in my two plays for this game. Even though they involve different facets of the the same offense, both plays fit my vision for how I see this matchup playing out.

The Eagles’ shiny new rookie receiver has stepped in as the number one option in the passing game right out of the gate. Through two games, Smith leads the Eagles in targets/target share (15 and 25%), routes run, and is tied for the team lead with 8 receptions.

In Week 1, the Alabama product ran a route on 39 of 42 passing plays (93%), and last week in 29 of 33 (88%). The Eagles are deploying him as their primary pass catching option on the outside, alleviating any concerns about playing time.

Smith has lined up all over the field through his first two games, meaning he’s likely to see multiple individual matchups. After a 2020 season in which the Cowboys’ pass defense graded below average in most statistical categories, Dallas has already allowed 6 different pass catchers to haul in 5+ receptions. Primary cornerbacks Trevon Diggs and Anthony Brown have already allowed 20 receptions between them.

Due to their days as teammates at Alabama, Hurts has locked into Smith as his favorite option. With a game total hovering around 51.5 (as of publishing), and both teams grading highly in team pace, I have Smith projected at 9 targets and close to 6 catches tonight.

After two straight weeks of successfully playing Hurts’ rushing props, I’m still seeing value in Week 3. In his 6 starts as an Eagle, Hurts has cleared this prop 5 times, with the one miss at 7 attempts. Hurts has scrambled on 11% of pass plays, and has had 3 designed rush plays in each game this season. With kneels and sneaks also potentially factoring here, this projects as another value play.

As I mentioned above, this game figures to be played fast. And the beauty of a quarterback rushing prop is that negative gamescript does not necessarily affect the quarterback’s potential to take off (as opposed to a running back’s attempts being phased out). I have Hurts projected at 5 scrambles, and picking up at least 4 carries through designed runs and/or kneels and scrambles.