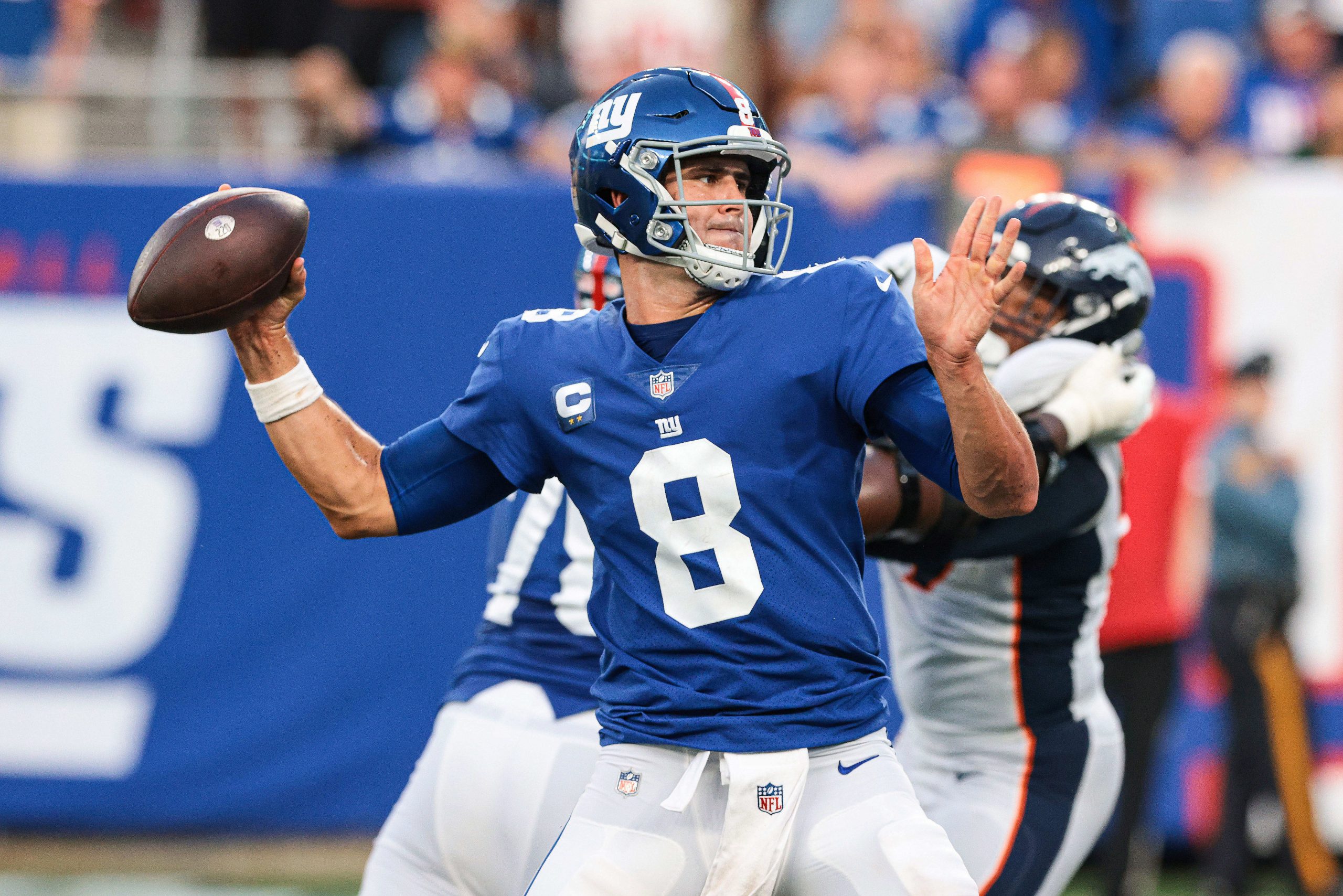 Monday night caps off Week 8 with an intra-conference matchup. The Giants and Chiefs face off in a battle of two teams who have underperformed against their preseason expectations. Before I get to my favorite player prop of the game, make sure you check out our full game predictions.

It’s always tricky to evaluate a game with such a big spread. The Chiefs come in as heavy favorites, and I fully expect them to control the tempo of this game offensively. However, on the flip side, there is plenty of value to be had on a prop for the Giants’ quarterback.

The Duke product is quite the polarizing figure, typically teetering the line between good and bad on the field. But one thing has stayed consistent this season: Jones completes passes. The signal-caller has hit this line in his 6 full games this season, with an average of 24.7 per contest.

Beyond the raw numbers, there are several factors that add value to this play.

Jones and the Giants have dealt with injuries to each of their top 4 wide receivers thus far this season. However, both Sterling Shepard and Kadarius Toney are expected to play. Both have combined for 51 catches this year, and are the Giants’ two leading receivers.

You can run on the Chiefs — they allow 4.7 yards per carry this season. But it might not matter, as the Giants have not been able to get the run game going all season. Saquon Barkley will remain sidelined, and backup Devontae Booker has averaged a putrid 3.2 yards per carry.

The Giants’ offensive line has struggled with run blocking all season. The Chiefs should still have a sizable advantage on the defensive front.

The Chiefs are still the Chiefs

Kansas City comes in as a 10.5-point favorite. Coming off some disappointing performances, Patrick Mahomes and company are likely to come out firing against a subpar Giants defense.

The Giants should find themselves in plenty of passing situations, as is common with Chiefs’ opponents. Five of the 7 opposing quarterbacks have hit this line versus the Chiefs. The lone exceptions, Lamar Jackson and Josh Allen, both relied on explosive plays that aren’t part of the Giants’ arsenal.

Plus, the Chiefs’ pass defense is very exploitable. Opposing quarterbacks have compiled the 7th highest passer rating against Kansas City this season.

Jones has hit this line consistently this year, against significantly better pass defenses. With all of the factors pointing towards the over, don’t hesitate in placing your bet. I have Jones projected closer to 25 completions on Monday night.

Check out our full game preview for Giants vs Chiefs.