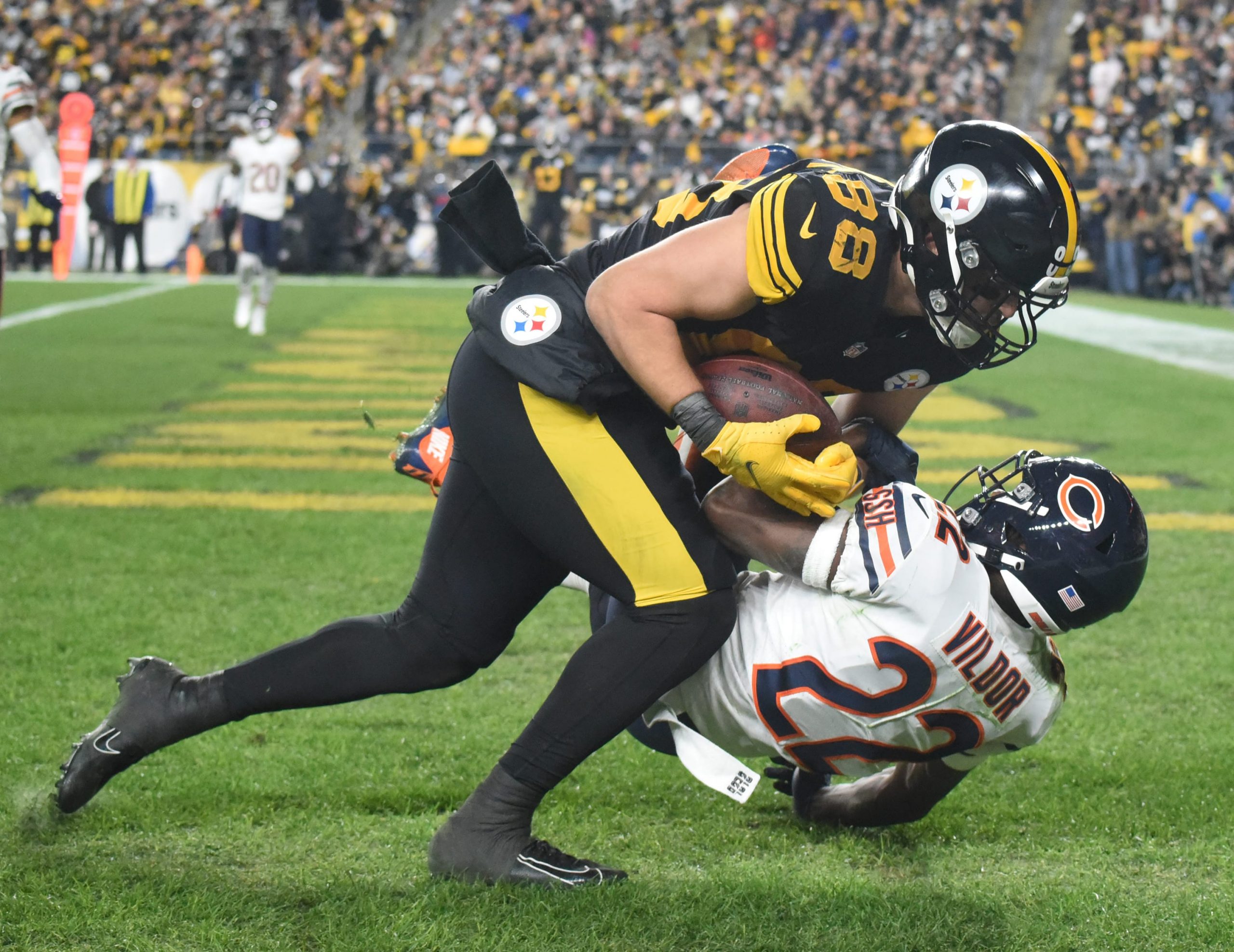 Sunday Night Football, Week 11 edition, brings us a clash of AFC playoff hopefuls. The 5-4 Chargers and 5-3-1 Steelers will look to avenge disappointing Week 10 performances. Both teams’ divisions are incredibly crowded, which emphasizes the need to win each remaining game. Before I get to my player prop of the game, be sure to check out our full game picks and analysis.

These two teams feature plenty of offensive weaponry, allowing for a pre-Thanksgiving player prop feast of sorts. My favorite bet for this matchup focuses on one of the Steelers’ newest pass catchers, who has a continually expanding role.

It took a few games, but the man they call Muth has been unleashed in Pittsburgh. After ceding the majority of routes to Eric Ebron early on, the rookie tight end has taken over. Freiermuth is second on the team in targets (28) and receptions (21) over the last 4 games, catching at least 4 passes in each contest.

Even with Ebron back from injury last week, Freiermuth ran almost double the routes (33 vs 17) of his counterpart. The Steelers invested a second-round draft pick on the Penn State product, leading me to believe that Freiermuth is now the primary pass-catching tight end.

One of Freiermuth’s biggest fans, quarterback Ben Roethlisberger, makes his return from the COVID list this week. Big Ben is notorious for peppering his tight ends with targets over the years, with Freiermuth being the latest. The uptick in Freiermuth’s production also coincides with the absence of injured slot receiver JuJu Smith Schuster. Freiermuth’s miniscule aDOT of 5.4 yards most closely resembles Smith Schuster’s (4.8), and he has taken over as the primary target over the middle of the field.

The Chargers rank 30th in pass defense DVOA against tight ends, while rating in the top 7 against receivers and running backs (per Football Outsiders). Los Angeles allows the 5th-highest target share (24%) and the 6th-highest catch share (25%) to opposing tight ends. It’s a great matchup for Freiermuth to see plenty of volume.

I have Freiermuth projected with 7 targets and 5 catches on Sunday night.

Be sure to check out our full game preview for Pittsburgh Steelers vs Los Angeles Chargers.