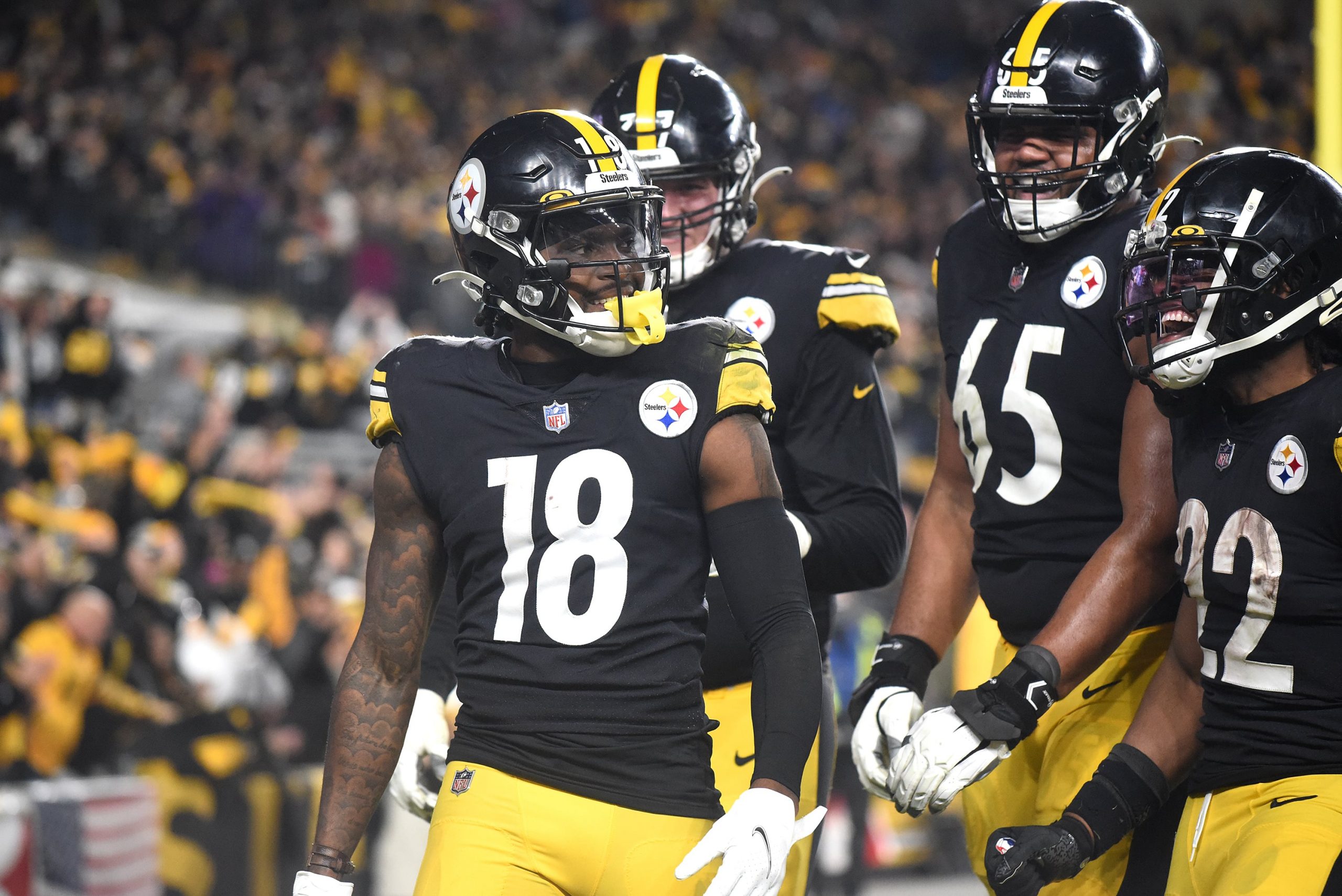 Thursday Night Football kicks off Week 14 with a pair of playoff-hungry teams. The Pittsburgh Steelers travel northwest to take on the Minnesota Vikings. Both teams sit just outside the playoff picture in their respective conferences, meaning this matchup is crucial. Before I get to my player prop of the game, be sure to check out our full game picks and analysis. And of course, don’t forget about our TNF same game parlay.

Perhaps befittingly, this is a matchup of the only teams who have been unable to defeat the Lions this season. However, with plenty of star power on both sides of the ball, I expect each team to lean on their best players. For the Steelers, that includes their best receiver, who is the focus of my favorite bet of the game.

It’s time to accept the fact that Diontae Johnson is a huge target hog. The third-year receiver is 2nd in the NFL in targets per game, at 10.9, reaching double digits in 9 of his 11 games. In fact, dating back to last season, Johnson has seen at least 10 targets in 16 of his last 20 games quarterbacked by Ben Roethlisberger. Plus, his 30% target share ranks 3rd in the NFL.

And these are not empty targets, as Johnson ranks 4th in the NFL with 6.9 receptions per game. He’s grabbed at least 7 passes in 7 of his 11 games, including each of his last 4 contests.

This is all well and good as long as the matchup and potential gamescript check out – which it does. The Vikings have allowed the 10th-most receptions by receivers this season. Football Outsiders has Minnesota ranked 20th in  DVOA versus their opponents’ No. 1 receiver. Eight different pass catchers (including 7 wideouts) have snagged at least 7 catches against the Vikings throughout the 2021 campaign.

Even with Vikings cornerback Patrick Peterson activated from the COVID list and expected to play, Johnson should have his way with the Vikings secondary. With 64% of his targets coming within 10 yards of the line of scrimmage, Johnson should see plenty of high percentage looks.

Overall, we’re at a point where 6.5 is too low of a line for the Toledo product, especially in an advantageous matchup. With Roethlisberger implied 35 attempts by the books, I have Johnson pegged at close to 12 targets. My projections have the speedy receiver closer to 8 grabs on Thursday night.