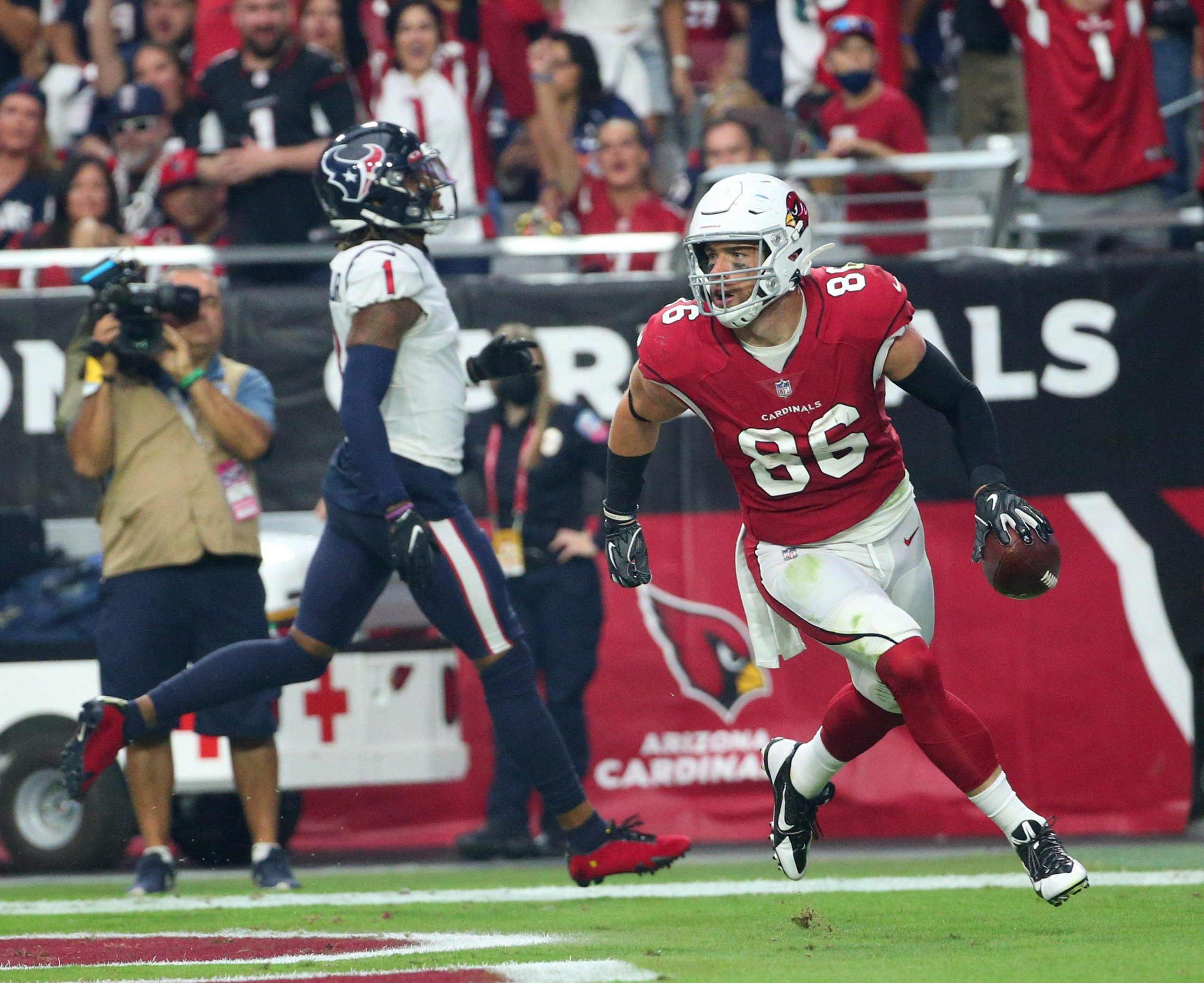 Week 8 kicks off with two of the NFC’s best teams matched up in the desert. The 6-1 Green Bay Packers travel to the Southwest to take on the 7-0 Arizona Cardinals. This battle for conference supremacy is flush with betting oportunities. Before I get to my favorite player prop of the night, be sure to check out our experts’ picks for sides and totals.

Even with COVID complications on the Packers side, there is no shortage of star players on the prop market for tonight’s contest. My best bet of the game actually features the newest weapon for Kyler Murray’s highflying offense.

I’ll admit, it still feels weird typing out “ARI” after Ertz’s name. The former Eagle made his presence known in his first game as a Cardinal. Against the Texans, Ertz caught 3 passes for 66 yards and even picked up a carry for 4 yards. Still getting acclimated to the playbook, Ertz was on the field for only 49% of the snaps, running 19 routes.

It’s clear that Ertz is going to factor into this admittedly crowded Cardinals passing attack. I expect his snap count to creep up this week, more in line with the 70+ percent that Maxx Williams was seeing before his season-ending injury. Between Ertz and Williams, Murray has completed 19 of 22 passes this season, for 259 yards. The 11.8 yards per target would rank 8th in the NFL (for all pass-catchers).

The success of the tight end in the Cardinals offense is predicated on the defensive attention to their wide receiver corps. There are a lot of mouths to feed in this Cardinal offense, but it shouldn’t take much for Ertz to cash on this prop.

The Packers defense versus the tight end leaves a lot to be desired. Opponents have completed 39 of 49 passes to the position group (80%). TJ Hockenson (66 yards), George Kittle (92 yards), Cole Kmet (49 yards), and Ricky Seals Jones (51 yards) all had big games versus Green Bay.

I expect the the Murray-Ertz connection to hit on at least one big play up the seam, and for Ertz to see another 5 targets overall. My yardage projections for the 10-year veteran are in the high 30s.

Be sure to check out our full game preview for Green Bay Packers vs Arizona Cardinals.