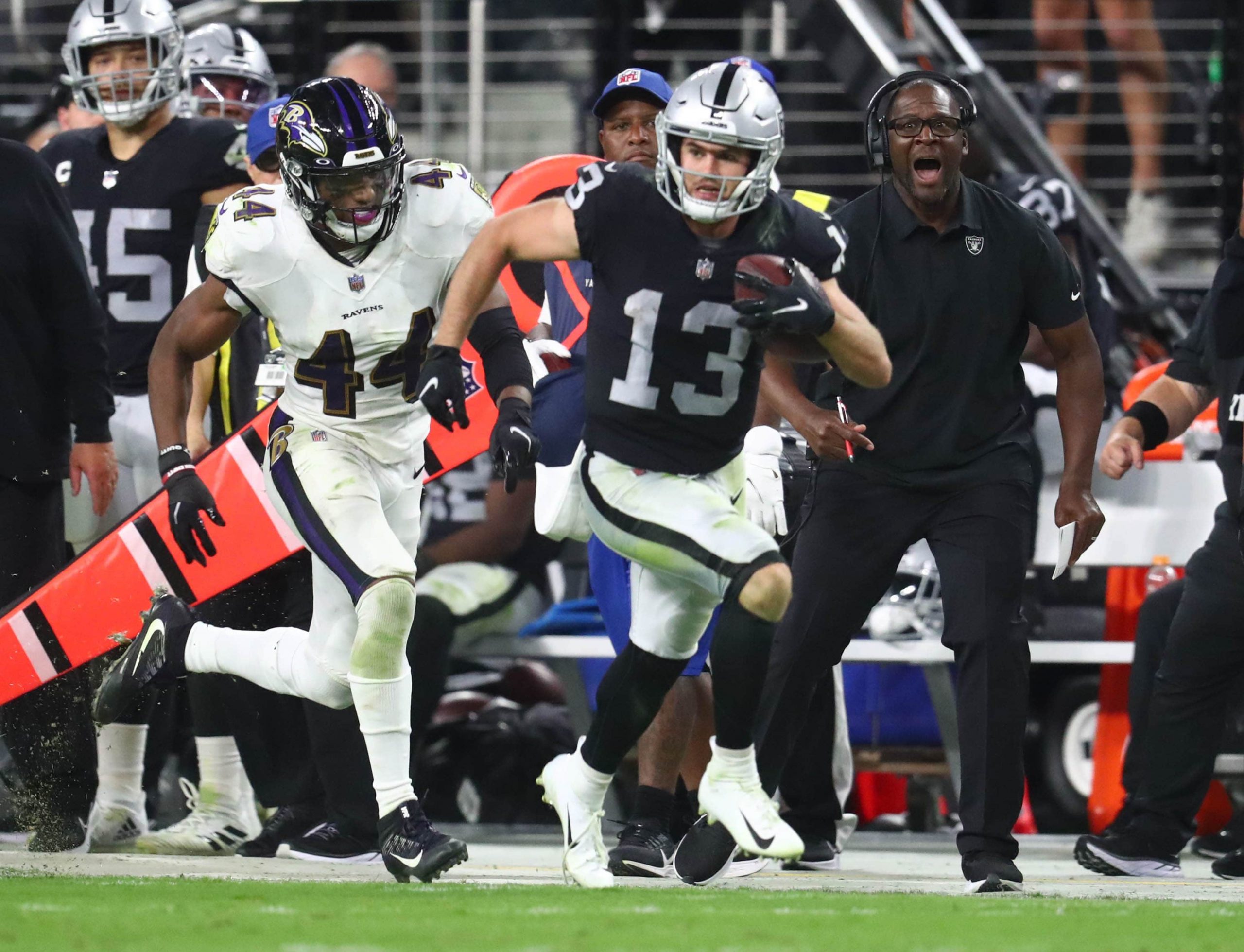 The second game of the Thanksgiving triple-header features the Las Vegas Raiders and Turkey Day mainstay Dallas Cowboys. Both teams are coming off disappointing losses last week but remain entrenched in their respective conference’s playoff hunt. Before I get to my player prop of the game, be sure to check out our full game picks and analysis.

As we’ve seen in recent weeks, once two teams take the field, anything can happen. In this game, however, I’m leaning a bit on projected game-script given the sizable spread (7.5 as of publishing). With that, I like the Raiders passing game to funnel through their reliable receiver, who is featured as my best bet of the game.

In what’s been a roller coaster of a year for the Raiders, Renfrow has been one of the few constants. The receiver leads the team in receptions (56) and is 2nd in targets (73), primarily playing the role of safety valve for quarterback Derek Carr.

Renfrow has caught at least 6 passes in 6 of his 10 games, including 5 of the last 7. Running 65% of his routes from the slot, Renfrow’s miniscule average depth of target (aDOT) is only 5.7 yards. And without deep threat Henry Ruggs, the Clemson product’s aDOT has shrunk to 3.9 yards over the last three games.

This is meaningful, because Dallas has been excellent at taking away the opposition’s primary receiver/intermediate threat this season. For the Raiders, that is Darren Waller, who represents the Raiders best downfield target. Not only will Waller command double teams and/or safety help over the top, but his presence will open up more space for Renfrow, who already averages 3.5 yards of separation on his targets. The Cowboys pressure the quarterback at the 10th highest rate in the NFL, so it’s likely that Carr will need to get the ball out quickly.

The Cowboys excellent duo of boundary cornerbacks, Trevon Diggs and Anthony Brown, rarely travel to the slot for coverage. This leaves Jourdan Lewis on Renfrow – an advantageous matchup for Carr and the Raiders.

Overall, Renfrow’s catch and target share since Week 4 are 20% and 24% respectively. With the Raiders coming in as 7.5-point underdogs, game-script is likely to dictate plenty of passing situations. With Carr implied by the books at 38 attempts, I love Renfrow to see 9 targets. My projections have the receiver closer to 7 catches on Thanksgiving.

Be sure to check out our full game preview for Las Vegas Raiders vs Dallas Cowboys.