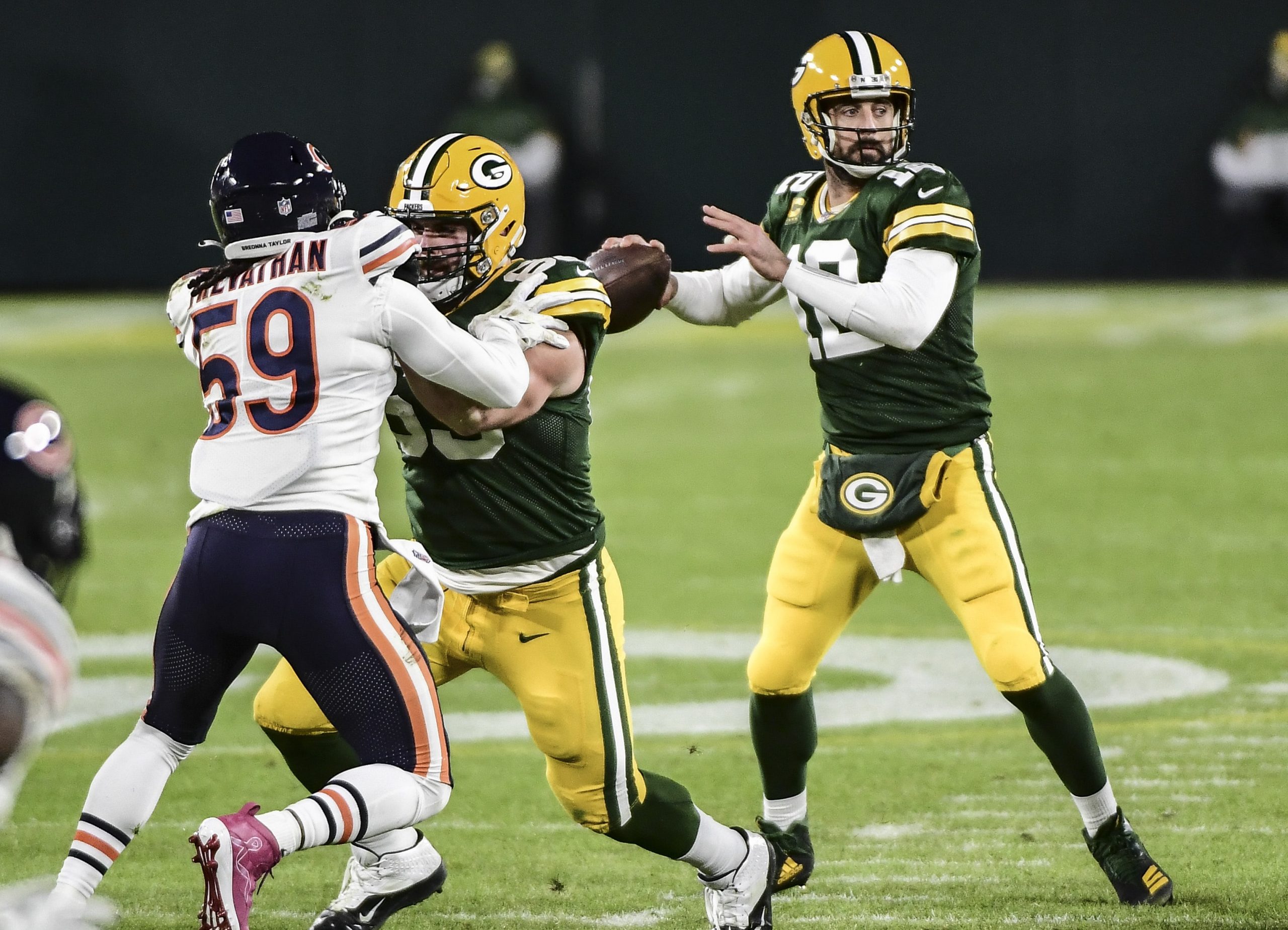 Monday Night Football returns to Green Bay this week with an NFC North showdown. The Packers take on the Detroit Lions, with both teams coming off losses in Week 1. As always with the prime time matchup, there are a plethora of player props of which to choose. Before I get to my picks of the game, make sure you check out our expert picks for the game sides and totals.

Despite both teams currently sitting at 0-1, it’s safe to say the realistic expectations for the rest of the season could not be more different. I have a two-pack of player props for you tonight, with both plays banking on production from the cheese-heads.

Last we saw him on the field, Rodgers, by his own admission, was bad. The reigning MVP was 15-28 for 133 yards, two interceptions, and shockingly zero touchdowns. It was a far cry of the performance grew accustomed to in 2020 (and quite frankly, Rodgers’ whole career).

Last season, Rodgers threw for 48 touchdown passes across 16 regular-season games. Eleven times he registered at least 3 in one game. He’s even better after losses, tossing 4 touchdown passes in each of the subsequent games following the Packers’ three defeats.

Plus, Rodgers might not have a better opportunity than he will tonight to pad the stat sheet. With the Lions coming into Lambeau, Rodgers and company will be facing the pass defense that allowed the most passing touchdowns to the opposition in 2020 (38). All of the Packers’ signal caller’s favorite targets (Adams, Tonyan, Cobb, Valdes-Scantling, Lazard) will have plus matchups versus the weak Lions’ secondary. In fact, the Lions allowed 65 total offensive touchdowns last season. In 2020, Rodgers threw for at least three passing touchdowns in ten of the eleven games the Packers had at least 28 points.

The home game of the season, under the bright lights of Monday Night Football — I’ll bank on Rodgers to absolutely feast versus a weak opponent.

The Lions’ defense isn’t just poor against the pass, but they funnel rush yards to their opponents as well. Last season they allowed the fifth-most rushing yards to opposing running backs, and the 49ers racked up 131 against them in Week 1. After ranking dead last in rush yards before contact last season, the Lions once again are in the bottom 5 (1.73) after the first game.

Enter the Packers’ bruising second-year running back, AJ Dillon. Now entrenched as the #2 in the Packers two-headed running back rotation, the 250 lb runner should have his way when he gets his opportunity tonight. In his short career, Dillon averages 5.2 yards per carry (including the playoffs). Best when he’s running between the tackles, he should be able to expose the Lions’ weak defensive interior.

And yes, Aaron Jones should see the bulk of the carries and snaps at running back. However, we saw last season that Packers coach Matt LaFleur was not hesitant in giving his backup running back, Jamaal Williams, plenty of runs. In fact, Williams averaged 32 yards per game in the games in which he and Aaron Jones were both active. With Dillon not quite the threat in the passing game that Williams or Jones are, I expect the Packers to run their big man when he sees the field.

Don’t fret if Dillon doesn’t see the field right off the bat — he’s likely to come on strong in the second quarter. I have the Boston College product’s yardage projected in the mid-40s tonight.