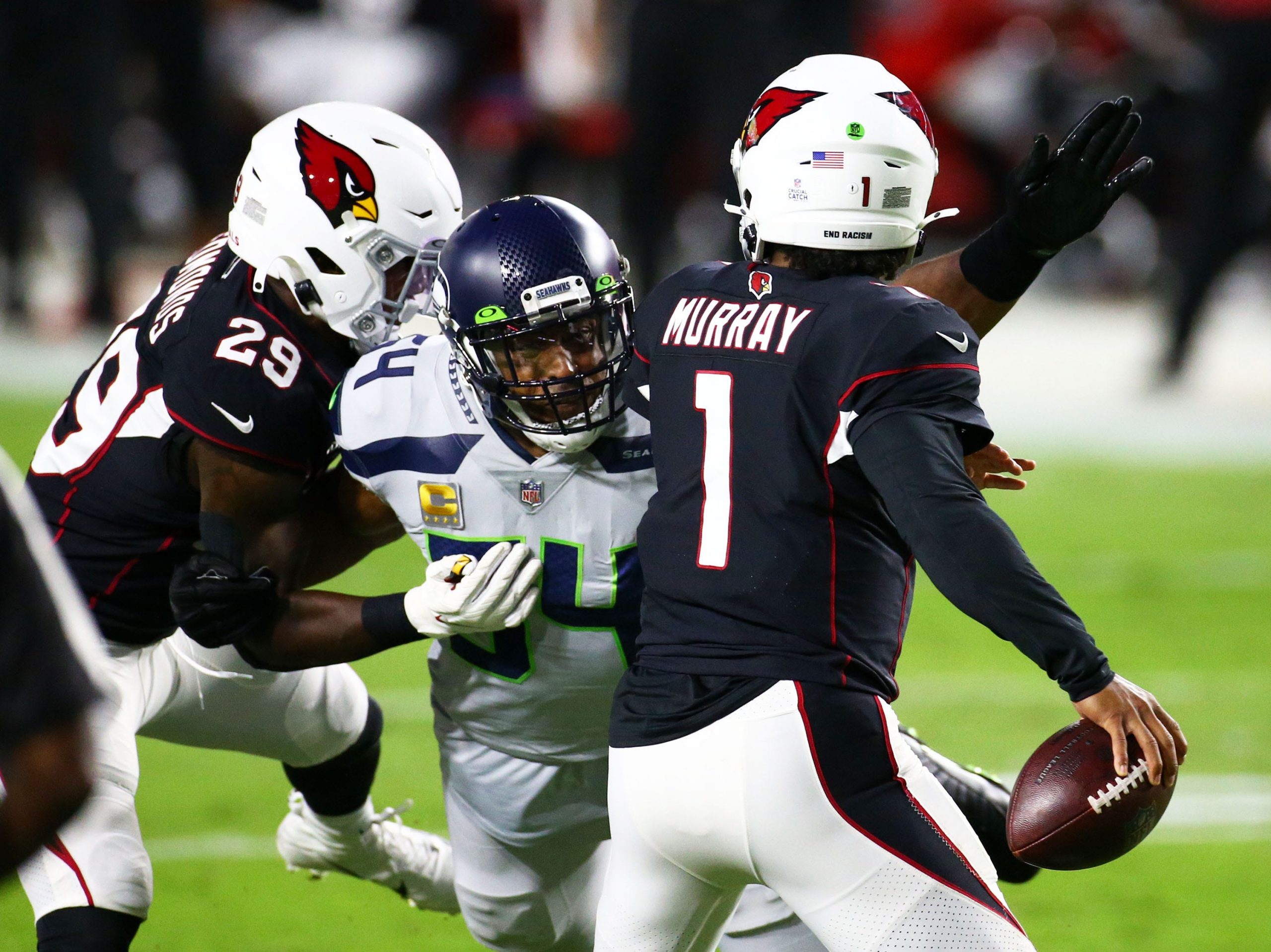 After an NFL Sunday laced with heavy favorites dominating the competition, we’re treated to what should be a closely contested Monday night matchup. The Rams and Cardinals tee off in an NFC West battle. The host Cardinals sit as just -2 favorites in this one. Before I get to my player prop of the game, be sure to check out our full game picks and analysis and same game parlay.

Both of these teams possess terrific defenses, but it’s both offenses that posses droves of star power. My favorite bet for the night focuses in on one of the star quarterbacks, whom I expecting to see a lot of volume tonight.

Despite the ankle injury that cost him three games, Murray is in the midst of a stellar season. He’s completing 73% of his passes, en route to 197 completions over 9 games. He’s lead the Cardinals to a 10-1 record in his starts.

However, when it comes to assessing this line, it’s noteworthy that Murray has only completed 24 passes in 3 of 11 games. In fact, he’s stayed under 23.5 completions in his last 6 starts. So why am I on the over? Very simply, it’s the matchup.

The Rams possess one of the league’s rushing defense. Ranked 2nd in DVOA by Football Outsiders, Los Angeles is allowing the 3rd-lowest yards per carry to their opponents (3.8). Cardinals running back James Conner has been terrific getting into the end zone, but he’s only averaging 3.8 yards per carry himself.

Plus, the Rams have always succeeded in keeping Murray at bay as a runner. The Oklahoma alum only averages 17 rushing yards per game in his 5 career matchups against his divisional rival. He did look spry last week, but I’m looking for him to focus on the passing game coming off his ankle injury.

When it comes to the aerial attack, I expect the Cardinals to remain methodical with short and intermediate plays. The Rams rank 6th in DVOA against deep passes, but 21st and 12th against short and intermediate, respectively. It shows in the raw numbers as well, with the Rams allowing the 8th fewest 20+ yard pass plays, despite giving up the 14th most completions.

While Murray has stayed under this line consistently as of late, he did notch 24 completions in his Week 4 matchup versus LA.

With a 2-point spread, this game projects to remain close throughout. Murray and the Cardinals offense, finally relatively healthy, and back inside the friendly home confines, will look to attack the Rams through the air. I have Murray projected around 26 completions in this Monday night matchup.

Check out our full game analysis of Los Angeles Rams vs Arizona Cardinals.