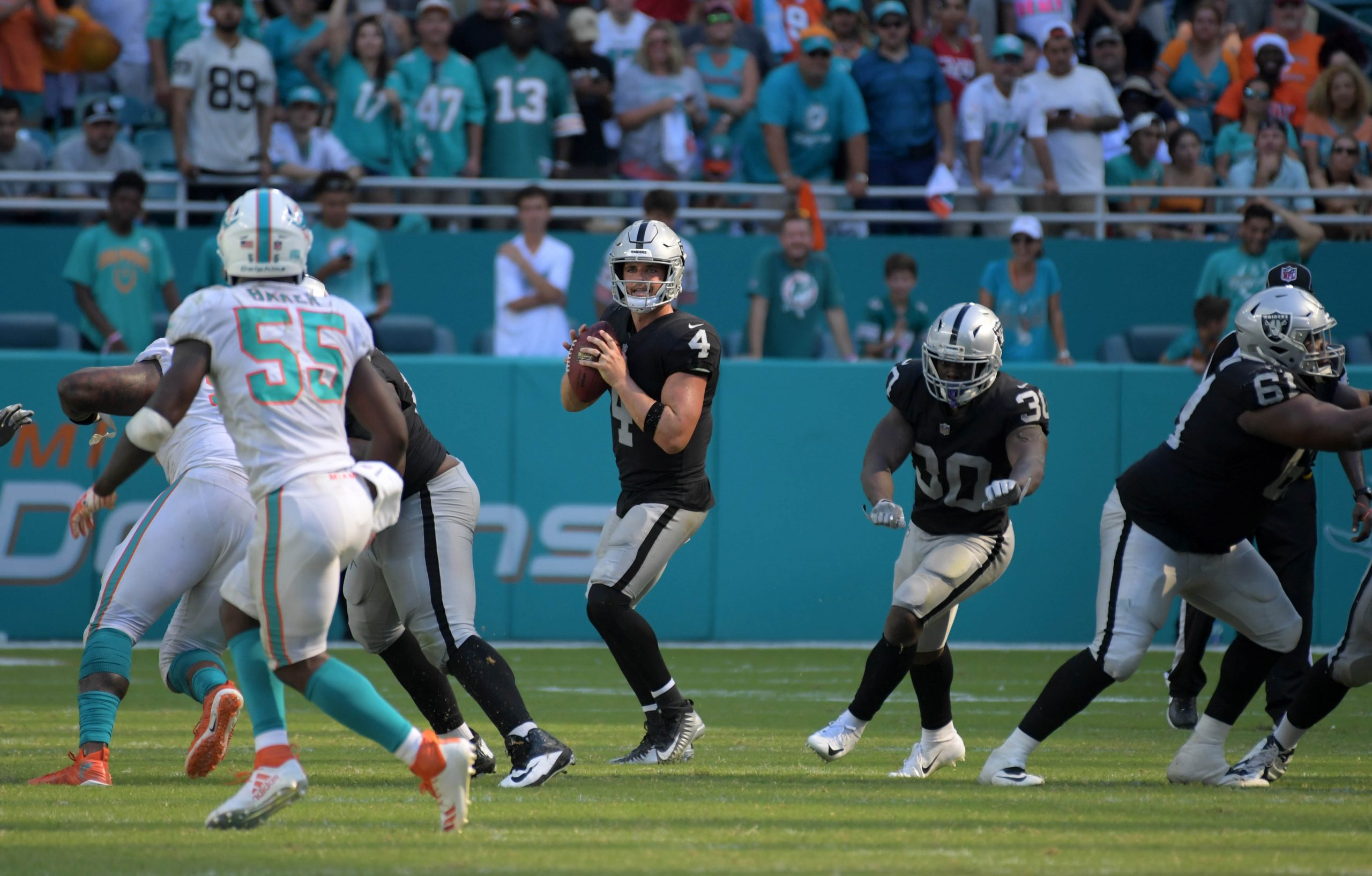 After a whirlwind first Sunday of NFL action, Week 1 is capped off by a Monday night showdown. The Baltimore Ravens travel to Las Vegas for the first time to take on the Raiders. There are many variables to work through on the player prop front, but before I get to my pick of the game, make sure you check out our expert picks for the game sides and totals.

Looking to build on a successful day yesterday, tonight is all about situation. I’m looking to not only find a value play based on a player’s performance, but also to ensure a correlation to the potential gamescript. With that knowledge in tote, let’s get right into it.

At first glance, this play might seem a little off. We have a much-maligned quarterback going up against a stout defense, yet we’re playing the over on a positive passing stat? In short, yes. Let’s break it down.

The eighth-year signal-caller had arguably his best season in 2020. Removing the one game he left early with an injury, Carr completed 23 passes per game, the second-highest rate of his career. His completion percentage of 67.3 ranked tenth in the NFL.

With the completions prop, I like to key on quarterbacks in situations that will cause them to throw short. Fewer throws downfield will not only increase completion percentage, but provide more chances for successful passes.  In terms of intended air yards per throw (i.e. how far a QB throws on average), Carr ranked 14th of 26 starting signal-callers last season. Though, when we assess Carr’s matchup tonight, I’m seeing a whole lot of short passes in his future.

Baltimore’s pass defense was excellent last season, from a yardage perspective. Opposing quarterbacks averaged the 9th least passing yards per game. However, on the completion front, Baltimore allowed the 10th-most per game. Why? The Ravens were very good at keeping the ball in front of them. Baltimore’s secondary ranked in the top 4 in fewest 20 and 40-yard pass plays allowed. Their average depth of target allowed (7.8 yards) was 12th-lowest, and they permitted the 6th-fewest yards after catch per completion. All of this adds up to shorter completions – and we saw 8 quarterbacks reaching this total against the Ravens last season.

The Raiders come in as 4.5-point underdogs, and are likely to find themselves in passing situations. The Ravens’ run defense projects to be stout once again, with significant advantage against Las Vegas’ offensive line. And, without their top 3 running backs, Baltimore might be more reliant on the aerial attack, or the Lamar Jackson ground game. More explosive plays could lead to shorter drives for the Ravens, leaving the Raiders with the ball more often.

Baltimore was the most blitz-happy team last season. Thus, I expect Jon Gruden and company to have a game plan in place to get the ball out of Carr’s hands quickly. We should see quick-hitters to the likes of Waller, Ruggs, and Renfrow, as well as Jacobs and/or Drake out of the backfield. I have Carr projected north of 25 completions tonight, making this great value at plus odds.

Don’t forget to read our same game parlay for Ravens vs Raiders (+1273 odds!)