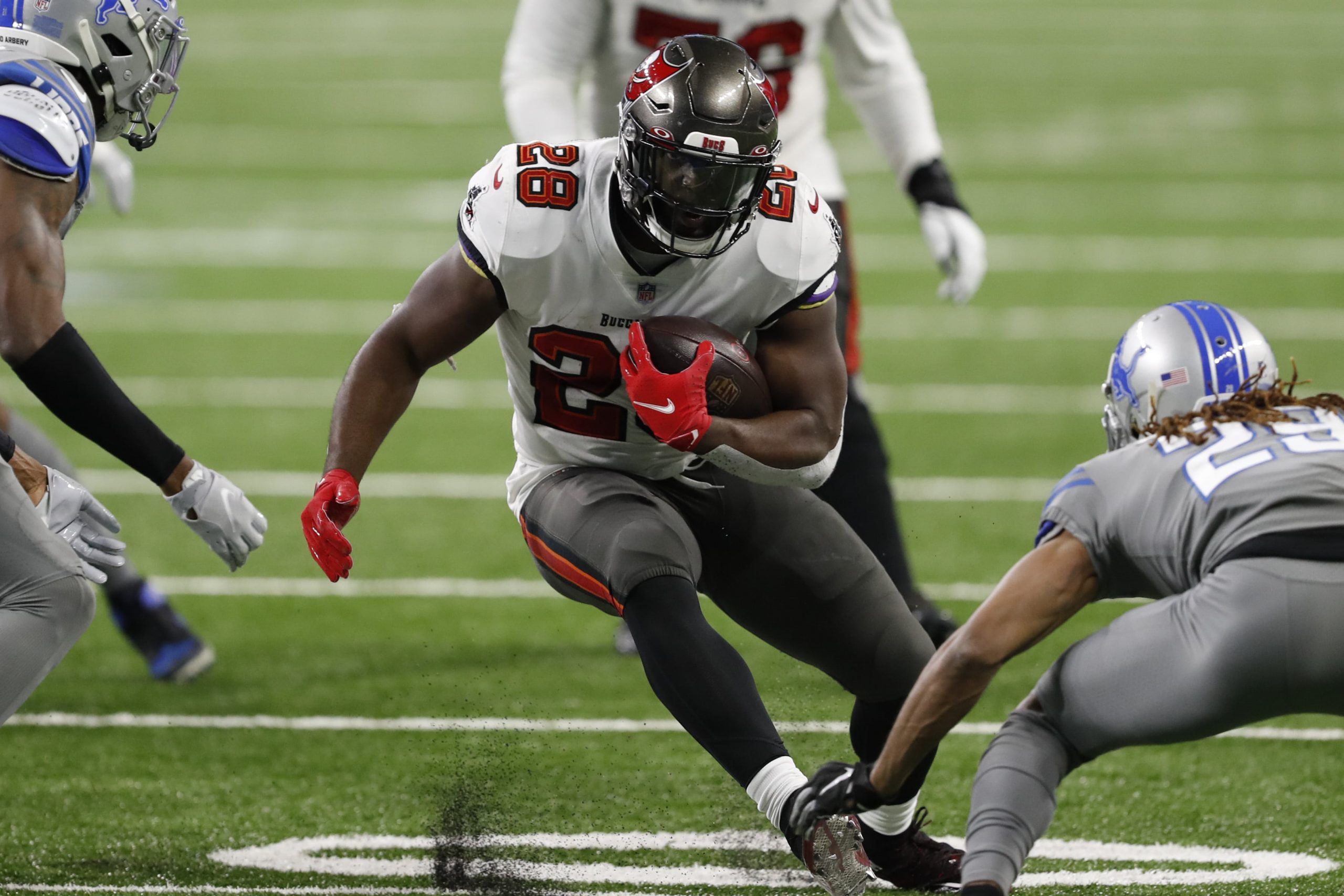 Week 6 kicks us off with the Thursday night matchup between the Tampa Bay Buccaneers and the Philadelphia Eagles. Both teams are coming off strong performances in Week 5, and will be looking to ride momentum into the short week. Before I give my player prop of the game, be sure to check out our experts picks on the sides and total for this one.

My favorite play for this game hovers around another usage-based prop. These props typically come with slightly different analysis than your main production-based props, focusing more on gamescript. That being said, I love the value on the line for Tampa’s lead rusher.

It’s hard to keep track of all of the Buccaneers’ offensive weapons this season. Lost in the shuffle of their dynamic passing attack has been Fournette’s production on the ground. The fifth-year running back is averaging a career high 4.5 yards per rush attempt on 56 carries (251 yards) so far this season. He’s been the ball carrier on 65% of the Bucs’ running back rush attempts this season, with Ronald Jones only collecting 4-6 per game.

Now, you might be wondering why I’m playing this prop for the most pass-happy team in the league, and on a player who has only hit this number once this season. Let’s dig in.

Gamescript is always important with player props, but especially so for a line predicated on play-calling more so than performance. This matchup rates very favorably from a positive gamescript perspective for Fournette and the Bucs. The Eagles are allowing their opponents the 5th most time of possession and the 7th most offensive plays per game this season.

Not only that, but the Eagles have allowed the most rushing attempts this season. Each starting running back that has faced Philadelphia this season has toted the rock at least 14 times. On offense, the Eagles are likely going to be forced into a pass-heavy gamescript due to both Tampa’s stout run defense and the strong likelihood they’ll be playing from behind. The passing game typically speeds up drives (for better or worse) which should skew time of possession even more in Tampa’s favor.

Run the ball versus the Eagles

The Eagles pass defense has been stout this season, currently ranking 4th in yards per attempt (6.6). Of course, Tom Brady and company can make any secondary look like a JV team on any given night. However, Philadelphia is exploitable on the ground, allowing opposing backs the 8th highest yard per carry average (4.6), and 10th highest 1st down conversion rate.

They are a bend but don’t break defense that allows chunk yardage on the ground, but no big plays (only 3 runs of more than 20 yards). It’s a great opportunity for Fournette to be heavily involved against a defense that will be scheming to stop Brady.

Yes, Fournette has only hit this once this season. However, Tampa is unlikely to continue passing the ball on 70% of their plays. Last season, the Bucs had Fournette or Jones accrue at least 13 carries in 13 of 20 games. In a fantastic matchup to get the ground game pumping, I have Fournette projected close to 16 carries.

Find out our same game parlay for Buccaneers vs Eagles (+782 odds!)