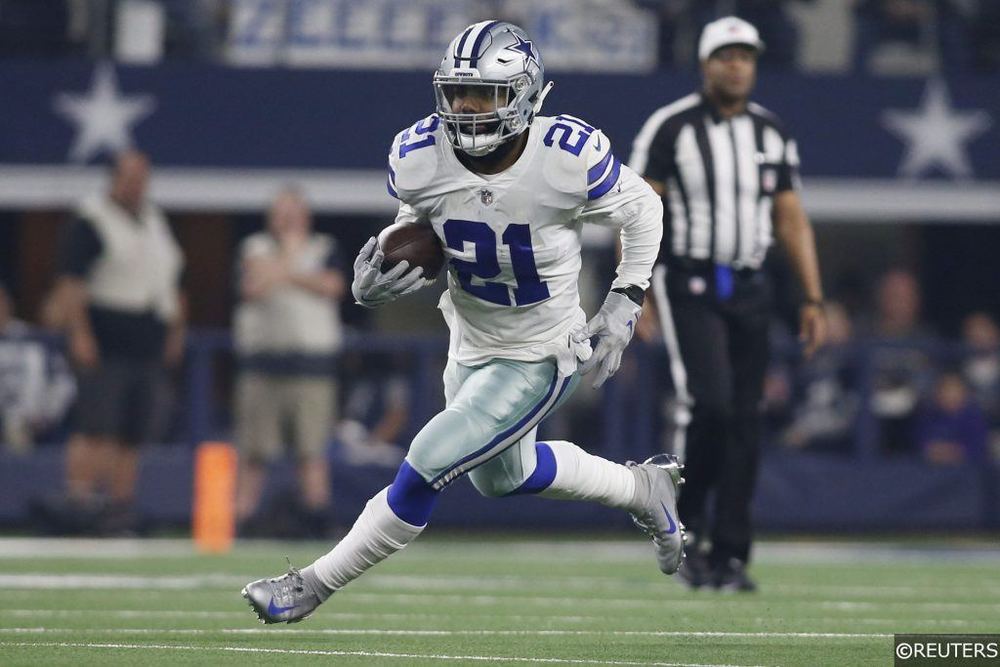 Thursday Night Football kicks off Week 13 with a battle of struggling teams. The Cowboys and Saints square off, both riding multiple game losing streaks. Before I get to my player prop of the game, be sure to check out our full game picks and analysis.

Each team comes into this game with their fare share of injury questions; one of which relates to the Cowboys star running back. While he’s going to suit up, I’m wondering if his yardage line is too high, in a very tough matchup.

Line available at FanDuel at time of publishing. Under 46.5 rushing yards is an acceptable pivot.

Over the past 5 games, it’s been very evident who the most productive running back in Dallas is, and it’s not Elliott. Zeke has averaged 3.4 yards per carry and 5.6 yards per catch over that span, both paling in comparison to Tony Pollard’s 4.2 and 10.1. Overall, Elliott has stayed under this combined line in his last three games.

There have been rumblings from the Cowboys camp about Elliott’s nagging knee injury, and even potentially resting him for this week’s game. The latter suggestion was squashed; he’s going to be active tonight. But it’s fair to question how effective the Ohio State product will be.

The matchup tonight won’t be doing Elliott any favors. The Saints rank 1st in rush defense DVOA, per Football Outsiders. Opponents are averaging 3.4 yards per rush attempt, which is the least in the NFL by half a yard.

And while the Saints rank in the middle of the pack in running back receiving metrics, they grade poorly against wide receivers. The Saints allow the 5th highest yard share to wideouts, and 5th most yards per game. The Cowboys triumvirate of CeeDee Lamb, Amari Cooper and Michael Gallup will be taking the field together for only the second time together this season. Quarterback Dak Prescott is likely to feed his receiving core, which should limit Elliott’s looks out of the backfield.

Whether it be ineffectiveness or more snap for Pollard, this line reads too high for Elliott. I have the sixth year pro projected at around 60 combined yards.