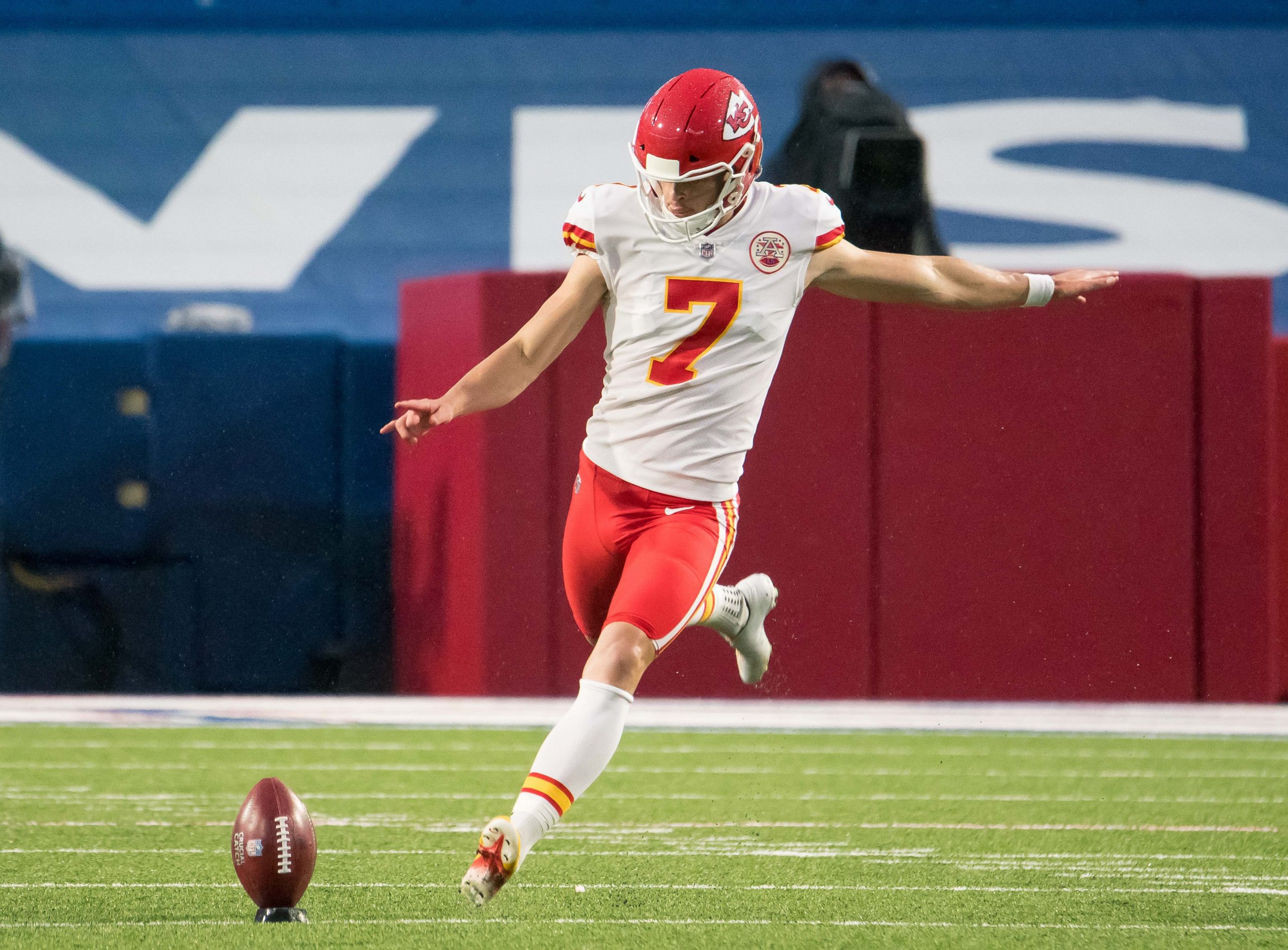 We’ve entered the 4th quarter of the 2021 NFL season – the witching hour, if you will (shout out to Scott Hanson and NFL Red Zone). For playoff aspiring teams, every game from here on out is of the utmost importance. And Thursday night’s AFC West battle between the Chiefs and Chargers is no exception. Before I get to my player prop of the game, be sure to check out our full game picks and analysis and same game parlay.

With these teams battling it out for divisional supremacy, it presented a challenge on the player prop front. Both teams’ offenses are so high-powered, it can be difficult to isolate the players that will shine through. So, I’m taking a bit of a different approach with my best bet of the night.

While technically a player prop, this bet is clearly more team focused. In order for Butker to have the opportunity to kick PATs, the Chiefs need to score touchdowns.

However, I’ll quickly touch on the Chiefs’ kicker. Throughout his five year career, he has converted 94% of his extra point attempts, including 95% this season. In fact, Butker is the second most accurate kicker in NFL history, trailing only Justin Tucker. In Los Angeles tonight, the kicking conditions should be ideal – so I have full faith in Butker.

But again, this play comes down to the Chiefs getting into the end zone.

The Chiefs have scored at least 3 touchdowns in 7 of their 13 games. However, after a midseason cold streak, the offense seems to have taken a turn for the better. Patrick Mahomes and company dropped 48 points on the Raiders last week, in a convincing win. Over the last 4 weeks, the Chiefs offense ranks 6th in Football Outsider’s DVOA.

The Chargers have allowed the 6th most touchdowns per game to their opponents (3.0). In fact, they have allowed at least 3 touchdowns in each of their last 9 games. Defensively, Los Angeles ranks 20th in total DVOA, 25th in red zone DVOA, and 27th in goal-to-go DVOA.

The Chiefs put up 24 points against the Chargers in their Week 3 matchup, despite 4 turnovers (3 deep in Chargers’ territory).

This game not only has the highest total of the week (52.5 as of publishing) but also ranks at the top of projected pace. I’m expecting some offensive firepower from both teams, with plenty of PATs to be attempted. I have the Chiefs scoring 4 touchdowns tonight, with Butker converting each of those extra points.