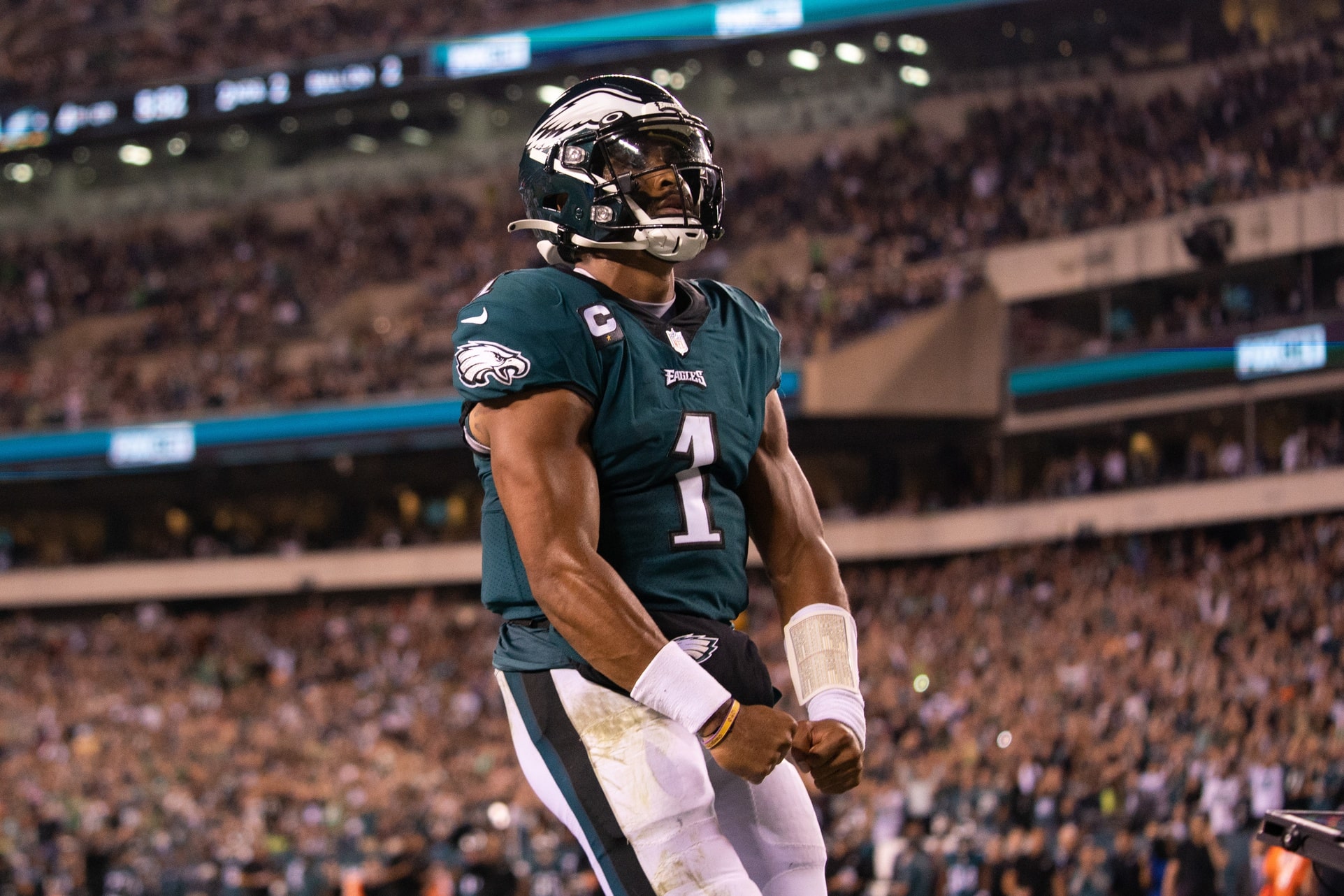 Kicking off Sunday’s Wild Card tripleheader will be the Philadelphia Eagles taking on the reigning Super Bowl champion Tampa Bay Buccaneers. Both teams look to ride the momentum built up towards the end of the regular season, as they brace for the win-or-go-home matchup. Before I get to my favorite bets, be sure to check out our full game picks and analysis.

Despite this game having the second-lowest total (46) of the 6 Wild Card games this weekend, there are actually 2 player props in which I’m eyeing the over. Both fit into what each team excels at offensively, which is how I like to align myself, especially in the postseason.

Yes, another quarterback rushing attempts prop from me. This time, we’re focused on the Eagles quarterback. Jalen Hurts recorded 139 carries across 15 games this season, eclipsing this mark 8 times. When these teams met in Week 6, Hurts toted the ball 10 times.

In all, 61 of Hurts’ rushes this season came on designed run plays. This is critical against the stout rush defense of the Bucs, who are especially strong up the middle. With the Eagles wanting to establish the ground game, I expect a few more zone-read plays for Hurts, who is more than adept at bouncing a play outside.

Plus, with the Eagles coming in as 8-point underdogs, and Tampa’s propensity to rush the quarterback (2nd in pressure rate), Hurts should find himself in scramble mode on pass plays. All in all, I’m projecting double-digit carries for the Eagles signal caller.

With the Bucs in “next man up” mode at receiver, Breshad Perriman is due to be on the field plenty against the Eagles. Chris Godwin and Cyril Grayson are out with injuries, leaving Perriman to slot in with Mike Evans and Tyler Johnson in 3-wide sets.

The 6th year pro has performed well when called upon. In his last 3 games, he’s accrued 143 yards, totaling at least 40 in each game. Last week, he ran a route on 73% of Tom Brady’s dropbacks, pulling in a season-high 5 catches.

Evans likely will be matched up with the Eagles’ star cornerback Darius Slay. And with Rob Gronkowski commanding plenty of attention over the middle of the field, Perriman should be able to exploit single coverage.

It’s of course a bit of a speculative play, but with the Bucs’ running back room also banged up, Tampa’s offense is likely to rest on the shoulders of Brady. I have the Bucs receiver projected at closer to 45 yards.