HomeAnalysisNFL AnalysisThe best NFL prop bets for Week 13: Jefferson primed to light it up against Jaguars

The best NFL prop bets for Week 13: Jefferson primed to light it up against Jaguars 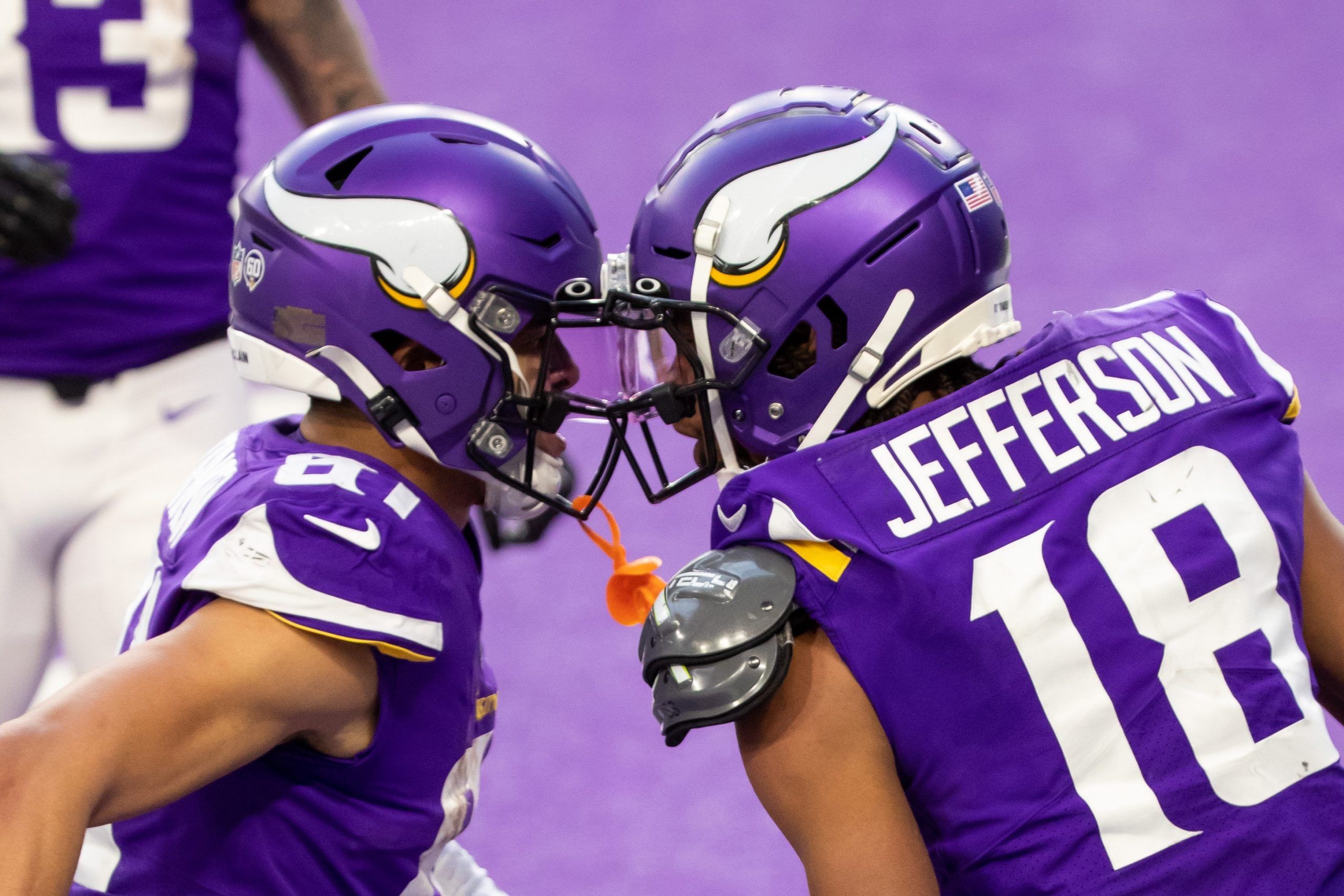 It’s Week 13 of the NFL season, and in just one month we’ll be preparing ourselves for the start of the playoffs. We’ve still got plenty of action to get through before then, and plenty of time to work out which players are red hot and who is blowing cold this year.

We’ve got plenty of side and total picks for this weekend, and you can find all of those for every game by checking our NFL picks. But right now, we’re focusing on the best player props for Sunday’s huge slate of games. The advantage of player props is that they provide plenty of value for bettors to capitalize on, with oddsmakers having to set lines for virtually everyone of note on an offense.

Each week we select our best player prop bets, and these are the three we are particularly sweet on for Week 13.

This is one of the lowest lines for a quarterback in this week’s slate, but even with that in mind you still need to take the under. Brandon Allen made the start under center for the Bengals last week after Joe Burrow was ruled out for the season, and the Arkansas product was only able to throw for 136 yards against the Giants. That was a game they were surprisingly competitive in too, losing by only two points.

Now Allen must go up against a Miami defense that has quickly become one of the hottest in the league. The Fins have held opposing quarterbacks to under 200 yards in four of their last seven games, and that includes the likes of Jimmy Garoppolo and Justin Herbert. They have also recorded four interceptions in their last three games. This Bengals offense was already struggling, and it’s hard to see Allen posing any sort of passing threat in this one.

Seeing as no one can trust Carson Wentz these days, it’s worth looking to his running back, Miles Sanders, to carry the load for Philly’s trip to Green Bay. Admittedly Sanders didn’t feature too much in last Monday’s loss to Seattle, but I think he gets involved a lot more this time. For starters, the temperature will about freezing at Lambeau Field, making the passing game that bit more difficult, while the run is the Packers’ weak point on defense. They have allowed 4.6 yards per carry this season (eighth-worst in the league) and just last week allowed David Montgomery to put 103 yards on them.

Sanders is a better running back than Montgomery, and has eclipsed this mark in six of his eight games this season. The only teams to stop Sanders were Seattle and San Francisco — two teams that have been a lot better at stopping the run than Green Bay has.

Every week the Jaguars seem to get torched by at least one opposing wide receiver, and this time I expect it to be Justin Jefferson. That isn’t to say that I don’t think Adam Thielen will have a big day as well, but I feel there’s more upside to going with Jefferson. For starters, he has put up 64 yards or more in each of his last three games, including a 135-yard effort against Chicago. He has also topped this line in six of 11 starts this season.

Jefferson also fits the mold of the type of players that have been having big games against the Jacksonville defense too — the likes of Marquez Valdes-Scantling, Diontae Johnson, and Jarvis Landry. Each of those players reached triple figures against the Jags over the past three weeks, which is a lot higher than the 68 yards we’re looking at here. The Jaguars are also tied for most passing yards per attempt allowed this season, and it may only take a handful of grabs for Jefferson to top this line.

Check out more of our NFL Week 13 picks and previews: