Best NFL Week 15 Prop Bets for Sunday: Can Cooks feast on the Colts? 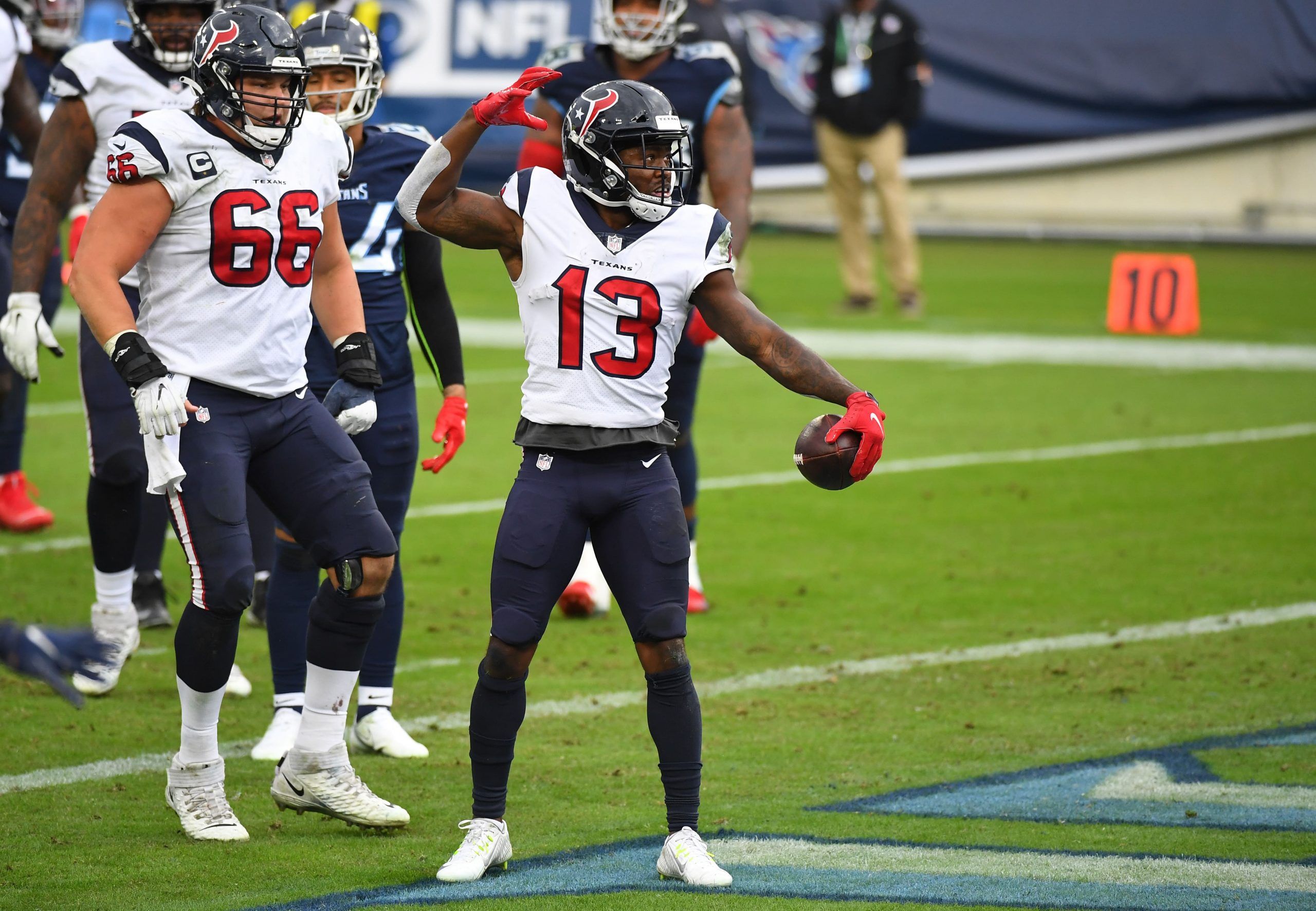 It’s week 15, which means crunch time for playoff-hopeful teams, as well as championship-aspiring fantasy football managers.  Same goes for me, the self-proclaimed Prop Bet Guy, as finding advantageous player prop lines is tougher with each passing week.  By now, books have adjusted to any trends or this season’s breakout players.

However, there’s always value to be found, and I’ve isolated two players who have both an increased opportunity and exploitable matchup.  Without further ado, let’s get to it.

Line available at publishing. Playable up to 73.5 receiving yards.

In a lost season for the Texans, one of the few bright spots has been the development of Cooks as a weapon for quarterback, Deshaun Watson.  It took a few games to establish their connection, but since Week 5, Cooks has notched 81 yards per game.  In that span, he’s averaged 2.13 yards per route run (ranking 18th out of 105 qualifying receivers), and a 24% target share.  Cooks missed last week with a neck injury, but is not listed on the injury report for Sunday.

The Colts host Cooks’ Texans as 7.5 point favorites.  Indianapolis’ pass defense started the season strong, but have cooled as of late. Over their last eight games the Colts have allowed over 300 yards passing five times, including Watson’s 341 yard game two weeks ago. Watson has had tremendous success against the Colts’ two deep zone scheme. Since Colts coach Frank Reich took over in 2018, Watson has averaged 318 passing yards versus the Colts over five games.

Watson’s passing yards prop deserves a look, but with his depleted receiving core, I’m focusing more on his top receiver. At his 24% target share and Watson’s attempts line set to over/under 36.5, that puts Cooks at 8.75 targets. Cooks has converted his targets at a rate of 9.9 yards since Week 5, which would translate to a yardage total in the mid 80s, around where I have him projected.

In their first game without star wide receiver Will Fuller, Cooks did just miss this versus the Colts. Chad Hansen and Keke Coutee combined for 242 yards in career games for each. In the rematch, I see both regressing to the mean, with Cooks being the main beneficiary of Watson’s throws.

Line available at publishing. Playable up to over 118.5.

Sometimes the value lies within the obvious play. Henry, the NFL’s leading rusher, is capable of going off versus anyone. He’s in the midst of another second half surge, averaging 138 yards per game on six yards per carry over his last five games. He’s second in the NFL amongst running backs with 2.7 yards after first contact, per carry.

The Lions rush defense leaves a lot to be desired. They are allowing the fifth most rushing yards per game to opposing running backs (112), and the seventh most yards per carry (4.6). Where I love this matchup is in the trenches. The Lions are allowing opposing running backs 2.6 yards before contact – third worst in the NFL. To allow a massive running back a head of steam before he’s touched is not a recipe for success. And to boot, the Lions have the sixth most missed tackles with 101.

Versus bottom half rush defenses such as Detroit, Henry has averaged 24 carries for 124 yards this season. Given the matchup and the Titans ramping up his usage, I have Henry’s yardage projected in the high 120s.