HomeAnalysisNBA AnalysisBest Prop Bets for Heat vs. Lakers in Game 2 of the 2020 NBA Finals

Best Prop Bets for Heat vs. Lakers in Game 2 of the 2020 NBA Finals 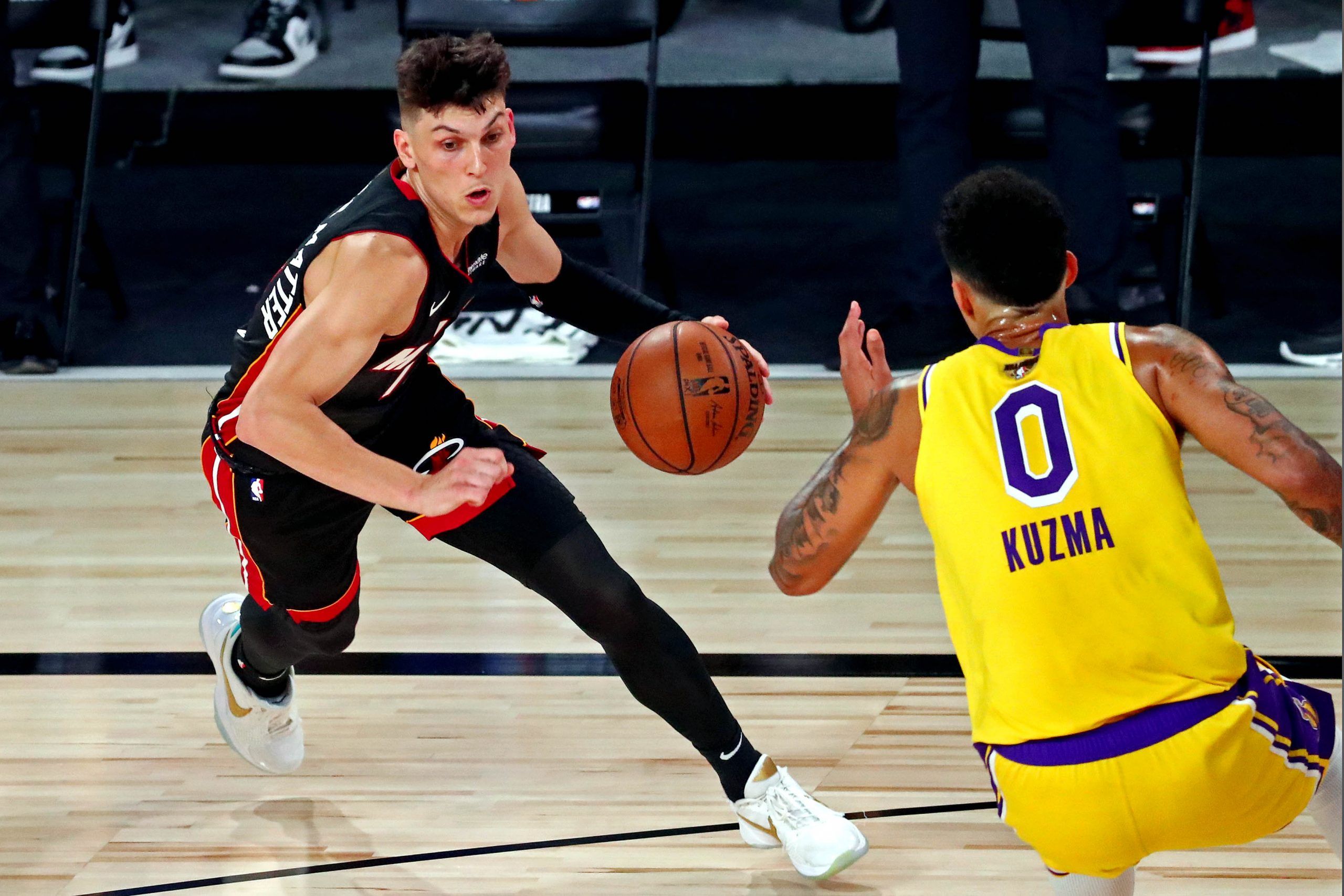 One game does not a series make, but Game 1 was an unmitigated disaster for the Miami Heat. They did not just lose to the Los Angeles Lakers by 18 points in a rout that could have been by 30 if the Lakers had felt like it, but they also lost Goran Dragic (foot) and Bam Adebayo (shoulder) to injury. Both Dragic and Adebayo are doubtful for Game 2 on Friday.

Miami’s Bam Adebayo and Goran Dragic are listed as doubtful for Game 2 of NBA Finals vs. Lakers.

Do the Heat have any chance of recovering? If Dragic and Adebayo make miraculous recoveries, then maybe. In all likelihood, however, this series is over. It certainly became a lot less interesting after Game 1, because going into this best-of-seven showdown the Heat were on fire (12-3 overall record in the playoffs) and thought by many to have a chance at the upset. The good news, though, is that you can spice this series back up by yourself, in the form of prop betting. The overall outcome of this series may not be in real doubt, but props on individual games can save the day in terms of adding intrigue.

We nailed both our best player prop bets in Game 1, and now we look to do the same for Game 2.

Kentavious Caldwell-Pope has been a consistent force throughout the playoffs in support of LeBron James and Anthony Davis. KCP does not have to do a whole lot when the Lakers can ride their two superstars, but he is acting as a perfect complimentary piece. The veteran shooting guard scored at least 12 points in each of his team’s four victories in round 1 against Portland and dating back to Game 4 of the Western Conference semifinals against Houston he has reached double-figures on seven of the past eight occasions. He has drained multiple three-pointers in eight of the last nine contests. KCP logged 30 minutes in Game 1 on Wednesday, forked up 10 shots (made three), went 5-for-5 from the free-throw line, and finished with 13 points. He also contributed on defense to the tune of two steals and one block. Caldwell-Pope has earned every bit of another 30-minute effort in Game 2 and that will give him every opportunity to produce on the stat sheet yet again for the Lakers.

At plus money, you have to like Herro to sink at least a trio of threes on Friday. Dating back to Game 3 of his phenomenal Eastern Conference Finals series against Boston, the rookie shooting guard has scored at least 14 points in five consecutive contests. This stretch includes performances of 22 points and 37 points at the Celtics’ expense, during which he drained a combined nine threes. Herro attempted 18 shots in Game 1 of this series, including eight from the land of plenty. Although he made only six shots (two threes), a mediocre outing is never going to stop any shooter from shooting. In fact, the former Kentucky star will likely shoot even more in Game 2, because Adebayo and Dragic are not expected to play. The Heat have to score some points and get them from someone. Herro has made multiple triples in 10 of the last 12 games, so to hit three here is not asking too much.