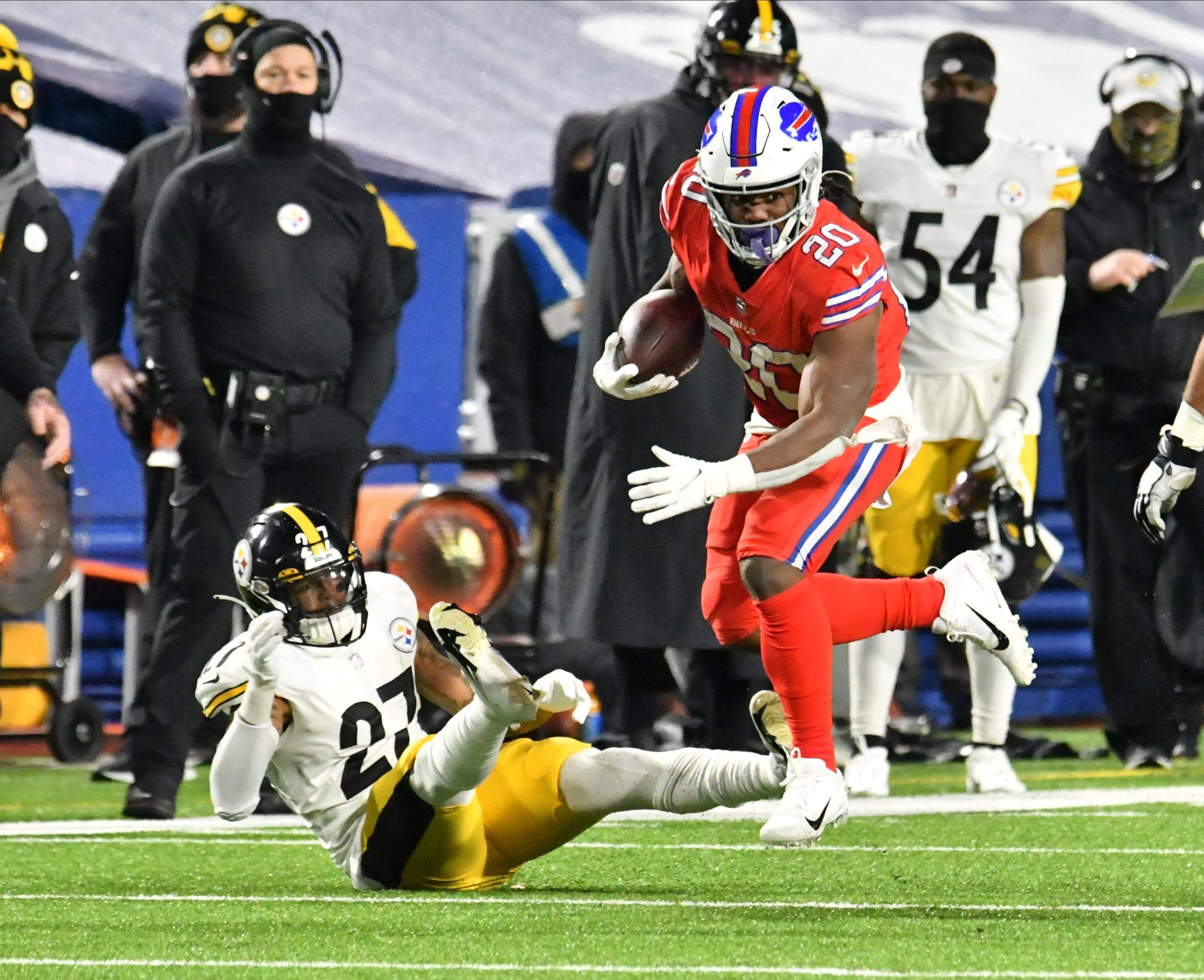 The last Monday Night Football matchup of the season sees two AFC East teams heading in opposite directions. The surging Buffalo Bills, fresh off of their division-clinching win, travel to Foxborough to take on the stumbling New England Patriots. The Patriots have been eliminated from playoff contention for the first time since 2002.

The Bills come in as one-touchdown favorites, with a game total of over/under 46.5.  Prepare yourself to bet on the side and total by checking out our picks and full game analysis. We’ve also got a huge same game parlay that pays at mammoth odds of +8203!

Player prop wise, I look to finish off the week on a high note. This matchup proved to be tricky, but I do like one of the Bills running backs to outperform expectations in this one.

Line available at publishing. Playable up to over 45.5.

At first glance, this line might seem a bit high for the Bills’ rookie running back. He’s only eclipsed this number in five of his eleven games this season, averaging 37.8 rush yards per game.  However, he’s picked it up as of late, exceeding this total in three of his last four.

This line is more about opportunity. The Patriots’ rush defense is anemic this season, allowing opposing running backs to rush for 113 yards per game (seventh-most) on 4.7 yards per carry (sixth-most).  In the last two games alone, New England was gashed by two rookie running backs for close to 300 yards (the Rams’ Cam Akers and the Dolphins’ Salvon Ahmed).

The Bills do employ a committee at running back, with Moss’s counterpart Devin Singletary also seeing significant playing time. Moss is the preferred runner though, as he carries the ball on 28 percent of his snaps, compared to Singletary’s 24 percent.  The Bills also operate on the hot hand approach, which has seen Moss receive 26 carries the last two games to Singletary’s 15. Since Week 7, Moss has outsnapped Singletary in five of eight games. This includes the Bills’ Week 8 win versus the Patriots, where Moss had 81 yards on 14 carries.

In that Week 8 win, the Bills utilized their most run-heavy gamescript of the season. Quarterback Josh Allen only threw 18 passes, compared to 34 running plays. The Patriots’ opponents this season have run the second-highest percentage of run plays against them in the NFL.

All of this adds up to opportunity for Moss. When given ten carries, he’s eclipsed this total in all three occurrences. Running backs who have received at least nine carries against them have reached at least 43 yards thirteen of fifteen times. In a game where the Bills are favored by seven points, and with the Patriots now eliminated from playoff contention, I love the potential opportunity for Moss. I have Moss’ yardage forecasted in the low 50s.