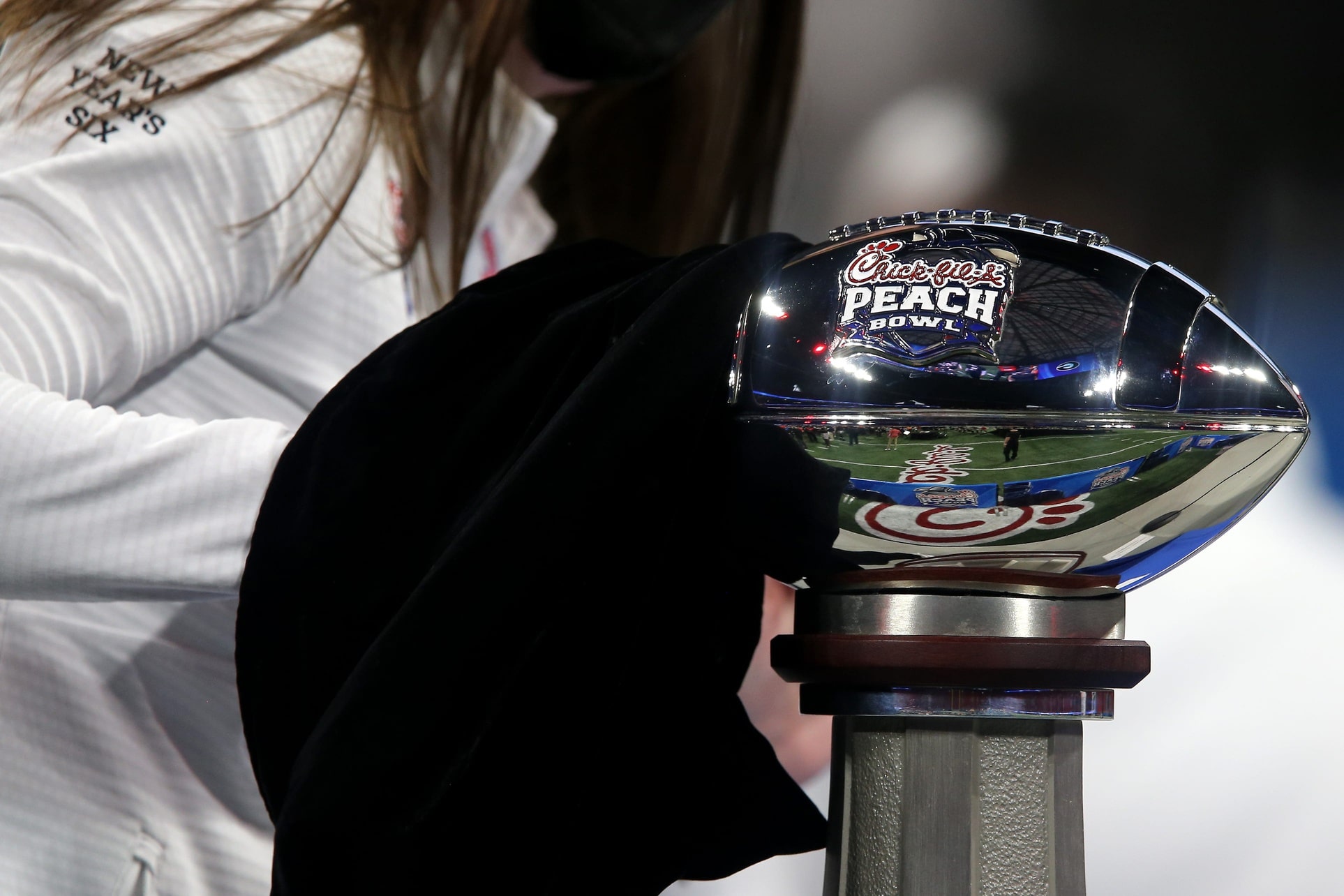 The 2021 Peach Bowl takes place on Thursday, December 30, as the Pittsburgh Panthers face the Michigan State Spartans at Mercedes-Benz Stadium in Atlanta, Georgia.

The Chick-fil-A Peach Bowl is the ninth-oldest bowl game in college football history, and it sold out 17 times in a row between 1998 and 2013.

It will be the first time that either the Pittsburgh Panthers or the Michigan State Spartans have contested the Peach Bowl, and you can check out our full game preview for the matchup, where our expert has given his best bets on the side and total.

For all the best picks for every college football bowl game, be sure to check out our College Football Picks page, where we have our best bets and predictions on the side and total for each of the NCAAF bowl games.

The below sections will answer any and all questions you might have about the 2021 Peach Bowl. From who is playing in the Peach Bowl, to where it is, to when and why, we have you covered.

The 2021 Peach Bowl takes place this Thursday, December 30. Kickoff is scheduled for 7:00 pm ET, and it will be the 54th edition of the famous New Year’s Six bowl game.

Where is the Peach Bowl played?

The Peach Bowl will take place at Mercedes-Benz Stadium in Atlanta, Georgia. The stadium is home to NFL franchise the Atlanta Falcons, and MLS team Atlanta United.

The Peach Bowl originally took place at Bobby Dodd Stadium, which is home to the Georgia Tech Yellow Jackets. It was held there from 1968 to 1970. For more than 20 years, the Peach Bowl was held at the Georgia Dome until the stadium was demolished and replaced with the Mercedes-Benz Stadium. Since 2019, the Peach Bowl has taken place from that stadium.

The 2021 Peach Bowl will be contested between the Pittsburgh Panthers and Michigan State Spartans. The Panthers are ranked #13 in the college football rankings, while the Spartans are ranked #11.

The teams were chosen by the College Football Playoff selection committee, and oddsmakers currently have Michigan State as a 2.5-point favorite.

This year’s Peach Bowl will be broadcast live on ESPN. The game takes place on Thursday, December 30, and kicks off at 7:00 pm ET.

You can stream the Peach Bowl live on the ESPN app. Alternatively, you can also watch the game live on YouTube TV, Hulu, FuboTV, Sling TV, or on AT&T TV Now.

Last year the Peach Bowl was won by the Georgia Bulldogs, who defeated the Cincinnati Bearcats 24-21. Both of those teams are playing in the College Football Playoff semifinals this year. Last season’s Peach Bowl took place on Friday, January 1, 2021, and was attended by 15,301 people — with the number restricted due to Covid-19.

The current favorites to win the 2021 Peach Bowl are the Michigan State Spartans, who are narrow -2.5 favorites to beat the Pittsburgh Panthers. Despite going 11-2 this season, the Panthers have not defeated any of college football’s best teams; Michigan State, on the other hand, knocked off No. 2 Michigan earlier in the year. Pittsburgh will likely find Michigan State too tough to handle.

Be sure to read our full game preview for the 2021 Peach Bowl: Pittsburgh Panthers vs Michigan State Spartans