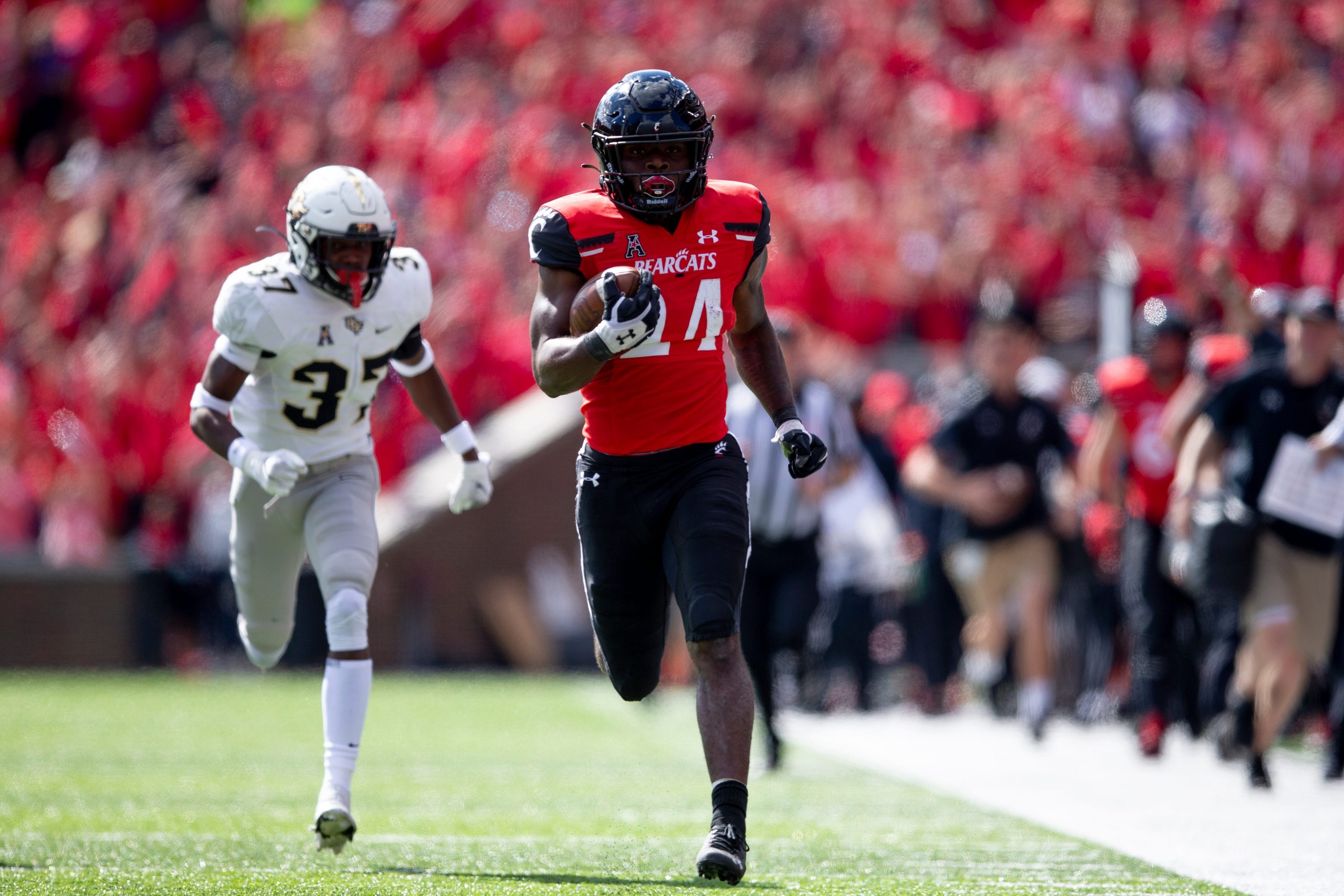 The 2021 Cotton Bowl takes place on Friday, December 31, as the Alabama Crimson Tide battle the Cincinnati Bearcats at AT&T Stadium in Arlington, Texas.

It will be the first time Alabama has contested the Cotton Bowl since December 31, 2015, and the first time Cincinnati has ever participated in the Cotton Bowl. The Bearcats have picked a good time to make their debut in this particular bowl, as it marks the most important game in program history. This year’s Cotton Bowl is one of the two College Football Playoff semifinals – along with the Orange Bowl between the Georgia Bulldogs and Michigan Wolverines. Be sure to check out our full game preview for the Cotton Bowl, where our expert has given his best bets on the side and total.

For all the best picks for every college football bowl game, be sure to check out our College Football Picks page — where we have our best bets and predictions on the side and total for each of the NCAAF bowl games.

The below sections will answer any and all questions you might have about the 2021 Cotton Bowl. From who is playing in the Cotton Bowl, to where it is, to when and why, we have you covered.

The 2021 Cotton Bowl takes place this Friday, December 31. Kickoff is scheduled for 3:30 pm ET, and it will be the 86th edition of the famous New Year’s Six bowl game.

Where is the Cotton Bowl played?

The Cotton Bowl will be played at AT&T Stadium in Arlington, Texas. The stadium is home to NFL franchise the Dallas Cowboys, who most recently took the field there for Sunday Night Football this past week, when they destroyed the Washington Football Team.

It isn’t just the annual Cotton Bowl game that goes by that name. The Cotton Bowl is also the stadium which originally opened in 1930 and became known as The House That Doak Built due to the number of people who would go to watch former SMU running back Doak Walker in the 1940s. The bowl game was originally known as the Fair Park Bowl, as it is located in Fair Park.

The Cotton Bowl was moved to AT&T Stadium in 2010, when the Ole Miss Rebels defeated the Oklahoma State Cowboys 21-7.

The 2021 Cotton Bowl will be contested between the Alabama Crimson Tide and the Cincinnati Bearcats. Alabama is No. 1 in the College Football Playoff rankings, while Cincinnati is No. 4.

The teams were chosen by the College Football Playoff selection committee, and oddsmakers currently have Alabama as a -13.5 favorite.

Alabama finished the regular season with a 12-1 record and won the SEC Championship by beating Georgia, who was ranked No. 1 at the time. Cincinnati is 13-0 and the champion of the American Athletic Conference. The Bearcats’ season so far is highlighted by a victory at Notre Dame, who is currently ranked No. 5.

What channel is the 2021 Cotton Bowl on?

This year’s Cotton Bowl will be broadcast live on ESPN. The game takes place on Friday, December 31 and kicks off at 3:30 pm ET.

Where can I stream the 2021 Cotton Bowl?

You can stream the Cotton Bowl live on the ESPN app. Alternatively, you can also watch the game live on YouTube TV, Hulu, FuboTV, Sling TV, or on AT&T TV Now.

Last year the 2020 Cotton Bowl was won by the Oklahoma Sooners, who defeated the Florida Gators 55-20. Oklahoma’s 55 points were the most ever scored by the winning team in the Cotton Bowl, breaking a record that stood for only one year. In the 2019 Cotton Bowl, the Penn State Nittany Lions beat the Memphis Tigers 53-39. The 2020 Cotton Bowl between Oklahoma and Florida was attended by 17,323 people – the smallest Cotton Bowl crowd since 1944 because of health and safety protocols.

Who is Favorite to Win the 2021 Cotton Bowl?

The current favorite to win the 2021 Cotton Bowl is the Alabama Crimson Tide, who are -13.5 favorites over the Cincinnati Bearcats. That is likely down to how impressive the Crimson Tide looked during their 41-24 upset of the Georgia Bulldogs in the SEC Championship in addition to the fact that Cincinnati is the first Group of 5 representative in the history of the College Football Playoff. Alabama has all of the experience in this kind of situation and has played a much tougher schedule in 2021, but Cincinnati is undefeated and cannot be discounted. The Bearcats have a lot more NFL-caliber talent than most Group of 5 teams, so they may be able to hang with Tide and make the +13.5 line a worthwhile play. 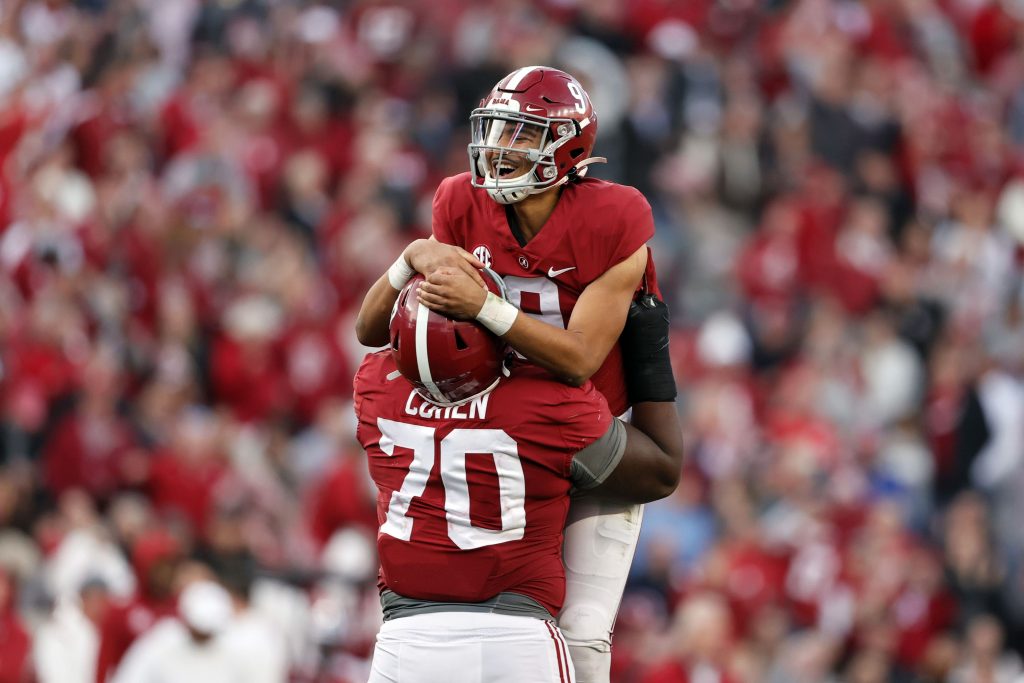