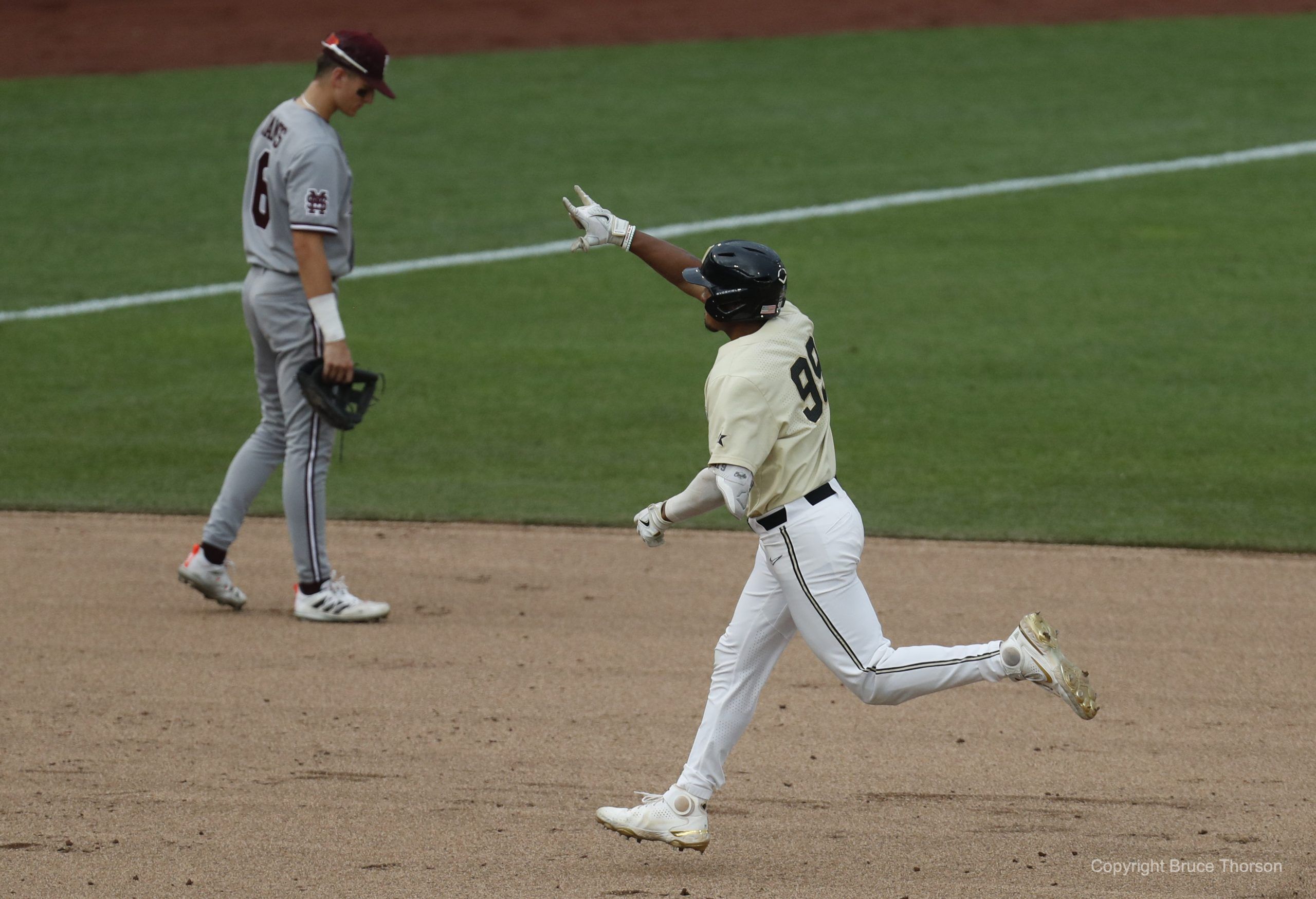 I'm an editor here at Pickswise who was raised in a household full of sports fanatics. Since I unfortunately never had LeBron James' jumping ability I wasn't able to make it to the NBA, and chose writing about sports as the next best thing. An avid sports bettor myself, I'm excited to get to write about the industry as it gets set to take off across the country. Buckle up.
Published: 14:29 PM ET June 29, 2021

The Vanderbilt Commodores can close it out on Tuesday night. After pummeling Mississippi State on Monday, Vandy will need to win just one of the next two to bring home a title. They picked up a dominant 8-2 win in Game 1, and my best bet of Over 7.5 cashed in the first inning.

Hopefully we can make it two days in a row with such an easy winner. Let’s not waste any more time, let’s dive into Game 2:

Vandy is favored again here, but not by as much. They’re a -130/+110 favorite, with the total being set at nine. Yesterday they were a larger money line favorite, and the total was a full run and a half later. That’s what not having Jack Leiter on the mound will do to you.

Leiter, Vanderbilt’s ace, started off a bit shaky, giving up a home run in the first inning. His offense promptly bailed him out, scoring seven in the bottom of the first and effectively deciding the game right there.

Unfortunately, we still don’t have a firm answer on their pitching plans for Game 2. Had Vanderbilt lost, they may have turned to co-ace Kumar Rocker on the mound here on very short rest. Now with a 1-0 lead, the most likely scenario is they save him for a potential Game 3.

That means either Christian Little or Patrick Reilly or some combination of them will pitch here. Neither has been fantastic this season, but both are young guys who understandably needed a little while to adjust. Reilly has shown flashes of brilliance, like when he went seven innings and only gave up two hits a few starts ago against Alabama.

The Bulldogs appear set to start Houston Harding. Harding has been pretty solid overall this year, but he’s struggled recently. Over his last two starts, he’s given up five earned runs in only 8 and 2/3 innings. He never goes particularly deep in games, which could be a problem here.

Mississippi State starter Christian Macleod didn’t make it out of the first inning in Game 1, meaning they had to use five of their relievers. They didn’t use top option Landon Sims, but a lot of other key guys.

Vanderbilt already had the better and deeper bullpen, and now their unit is much more well-rested too. They also have more offensive upside, and all the momentum. Had Game 1 been close, this might be a different story.

But the Bulldogs just got beatdown, and demoralized in the process. They know it’s going to be an uphill climb, and it’ll show.

Don”t be drawn in by MSU’s supposed starting pitching advantage here, everything else still favors Vanderbilt. I’m taking the Commodores at -130 to close this thing out.

When college baseball season is over, Pickswise is also the home of free MLB Picks. Check out the latest MLB Prop Bets and MLB Parlays as well as our MLB Best Bets from the experts.