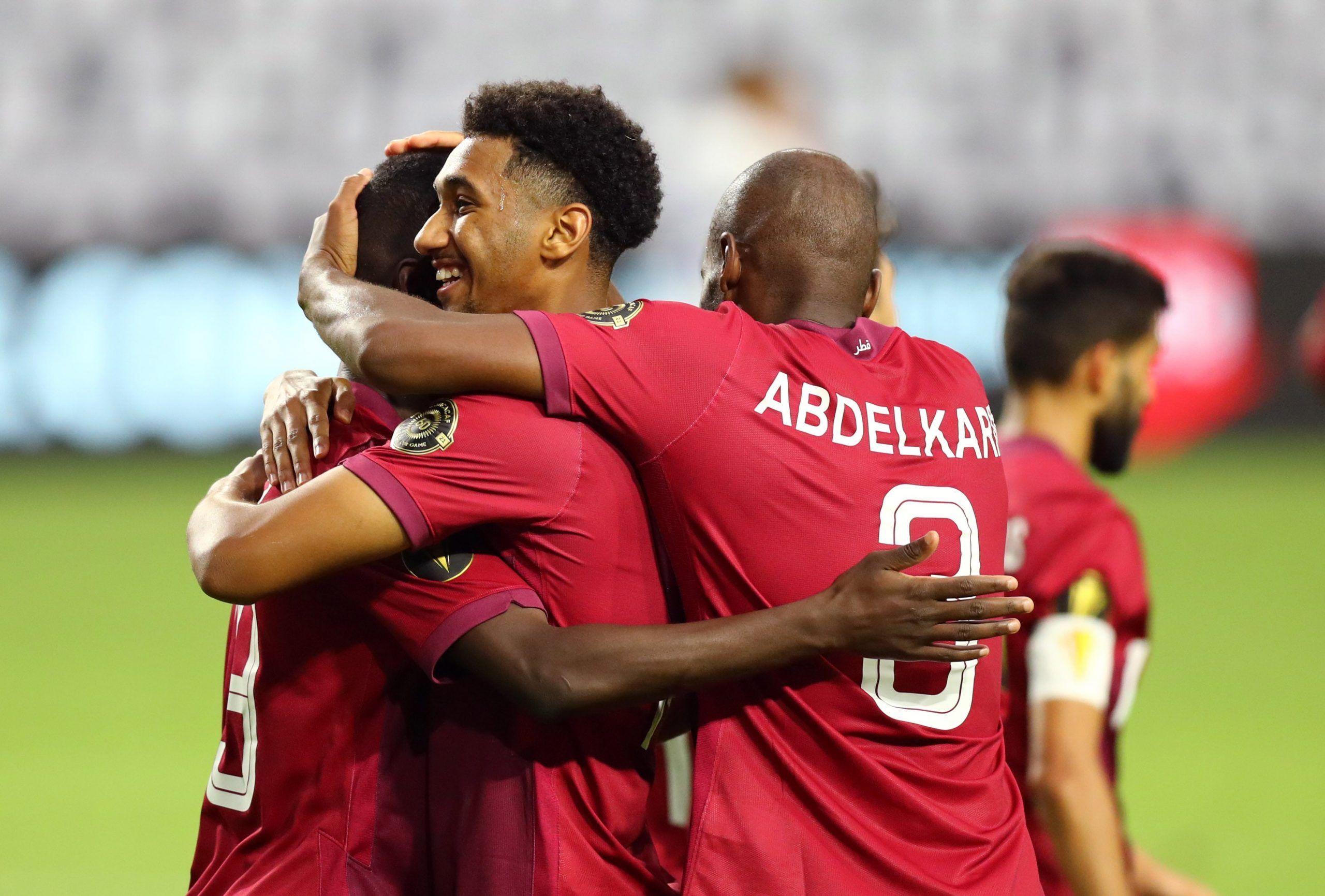 It’s officially crunch time in the CONCACAF Gold Cup with semi-final night upon us, with USA battling Qatar for a place in the final.

The USMNT has been solid throughout the tournament so far, doing just enough to get past their opponents as they showed in their victory over Jamaica in the quarter-finals. Qatar, meanwhile, has been something of a surprise as the guest nation and proved it isn’t here simply to make up the numbers.

To add to the excitement of this high-stakes matchup, we’ve come up with a same game parlay that pays at almost 11/1 with FanDuel Sportsbook! Let’s look at the plays.

The great thing about same game parlays is that you can not only correlate plays, but also add in one slight contradictory pick to really enhance the odds. That’s the thinking here, as a Qatar double chance and Dike goal already gives a solid boost, but the under 4.5 goals amps up the odds even more when I don’t think any of them really conflict that much. Let’s take a look at each leg and explain the reasoning.

Based on what we’ve seen so far in this tournament, I don’t think the USA has any right to be a -120 favorite. The only reason they are an odds-on favorite is because it’s the USA. Over the course of this tournament, three of their four games have finished as 1-0 wins (over Haiti, Canada, and Jamaica). They did beat Martinique 6-1, but that isn’t saying much. The point is, the USMNT hasn’t been blowing away the stronger teams and I fully expect Qatar to give them all they can handle.

Qatar’s appearance in the Gold Cup is ultimately a tune-up before it hosts the 2022 World Cup next year, but so far they have looked a strong team, most notably for their scoring ability. In contrast to the USA, Qatar has scored three or more goals in three of their four games so far, including in its 3-2 win over El Salvador in the quarter-finals. This team knows how to find the net, and it has been an array of players doing the scoring.

The United States has largely relied on its sturdy defense up to this point, but I expect the Qatar attack to give them a real test. Qatar has a great shot at winning this in 90 minutes, but for the purposes of this same game parlay, take the double chance. 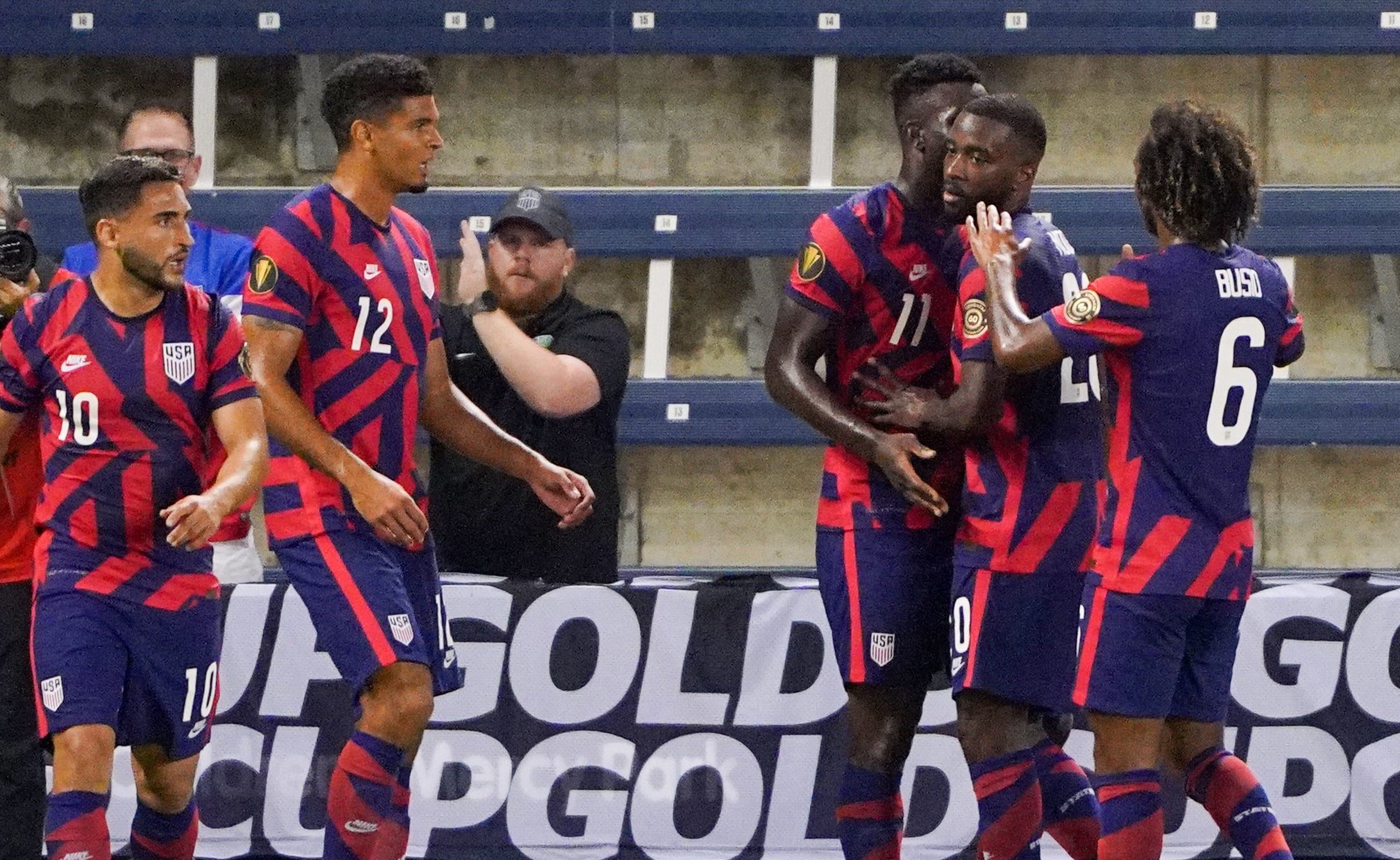 While Qatar has had no trouble finding the net, they have been prone to defensive errors themselves. Three times they let Panama back into the game as they tied 3-3 in their Gold Cup opener, while they nearly let a 3-0 lead slip in that game against El Salvador. I believe the USA will be forced to adopt a more attacking approach than they’ve shown so far and should have the talent to at least get on the scoresheet. Daryl Dike could be the man to do that for them.

Dike notched twice in the 6-1 win over Martinique and although he hasn’t found the net since he is always a threat when he is on the pitch. The Orlando marksman found the net 10 times in 21 games for the Florida team in 2020, and lit it up during a loan spell at English club Barnsley earlier this year. Given Qatar is prone to defensive slip-ups, Dike is the perfect type of player to punish any mistakes they make.

Find out our best bets for both CONCACAF Gold Cup semi-final games on Thursday!

This would be a ridiculously skinny bet if backing it on its own, but it does provide a nice boost to our other two selections when it doesn’t conflict all that much. Theoretically, the game could finish 1-1 and this parlay still cashes.

While Qatar has been hot in front of goal, the USA will without doubt be the toughest defense they come up against to date, and I can’t see them scoring any more than two goals. As for the USMNT, the fact they’ve scored just one goal in three of their four games does not inspire confidence that they will suddenly start banging them in. If I had to give a score prediction, I would go with either a 1-1 tie or 2-1 Qatar win after 90 minutes, but even a 2-2 scoreline would still cash this leg. Fingers crossed for an entertaining contest and a winning parlay.

Read our same game parlay for the second semi-final of Mexico vs Canada (+845 odds!)