Daily public money update: Bettors all over the Celtics on Monday 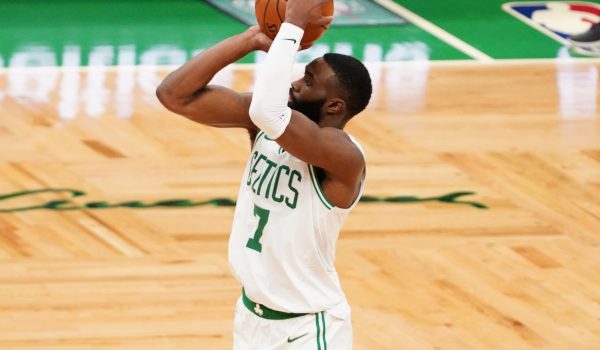 Baseball is finally back in full swing, and we’ve also got some nice NBA and NHL action on Monday, so it’s a full day. There are a lot of big games, which always attracts some big public sides. Will bettors be lucky this time around? Let’s take a look at where the public money is going as bettors once again try to beat the books, with the Celtics leading the way.

The big public NBA side of the day is the Celtics over the Bulls. 77 percent of the bets and 91 percent of the money are laying the points with Boston here, per DraftKings’ internal numbers shared with us. That gap between bet and money percentage seems to indicate there have been at least a few very large wagers on the Celtics.

There’s nothing the public loves to ride more than momentum, and the Celtics have a lot of it right now. They’ve won eight of their last nine games, with the only loss in that span coming to the 76ers. The Bulls on the other hand have lost five of six and are still without Zach LaVine, so this one isn’t too hard to understand. We don’t see any reason to fade Boston either, so we’re rolling with the public on this one.

The big NBA total on Monday night is the over in this Jazz/Lakers game. We often see the public gravitate toward overs in nationally televised games, so this isn’t too surprising. 80 percent of the bets and 76 percent of the money are on the over 214.5 here.

The Lakers still don’t have Anthony Davis or LeBron James, and the Jazz won’t have Donovan Mitchell, but the public doesn’t care. They probably should. This total is low by today’s NBA standards, but for good reason. The Lakers play phenomenal defense, and all of the offensive star-power in this game is going to be missing. We’re fading the public and going under here.

The Dodgers are the defending World Series champions, and have looked almost untouchable so far in 2021. Until it starts to burn them, the public is likely going to keep on coming back to this well. We can’t blame them. Los Angeles is 13-3, with 11 of those wins coming by multiple runs. We’re backing them on the run line as well.

This one is a bit unexpected, but the biggest consensus total play of the MLB slate is the over in this Rays @ Royals game. This one could be as simple as the public seeing a total as low as 7.5 and immediately jumping at the over. 79 percent of the bets and 72 percent of the money are on the over here in Kansas City.

The Royals are coming off a weekend series where they scored just six total runs in three games though. They managed to win two of those three games because of the strength of their pitching, not their offense. Royals starter Danny Duffy has also given up just one run through 12 innings this year. This total is low for a reason, so we’re fading the public again and looking under here.

Looking at the NHL now, the public is all over Edmonton. 74 percent of the bets and 89 percent of the money are backing them on the money line as a slight favorite against Montreal. The Canadiens have lost five of seven and are playing their third game in four nights here.

As such, this could be a fade of Montreal more than anything else. The Oilers have been tightening up their defense, giving up only 2.17 goals per game over their last six. The Canadiens’ power play has also been abysmal recently, so we agree with the public that everything seems to be lining up in favor of Edmonton today. For what it’s worth, the public is also hammering the under in this spot. Check out our full game preview to see if we agree with that.