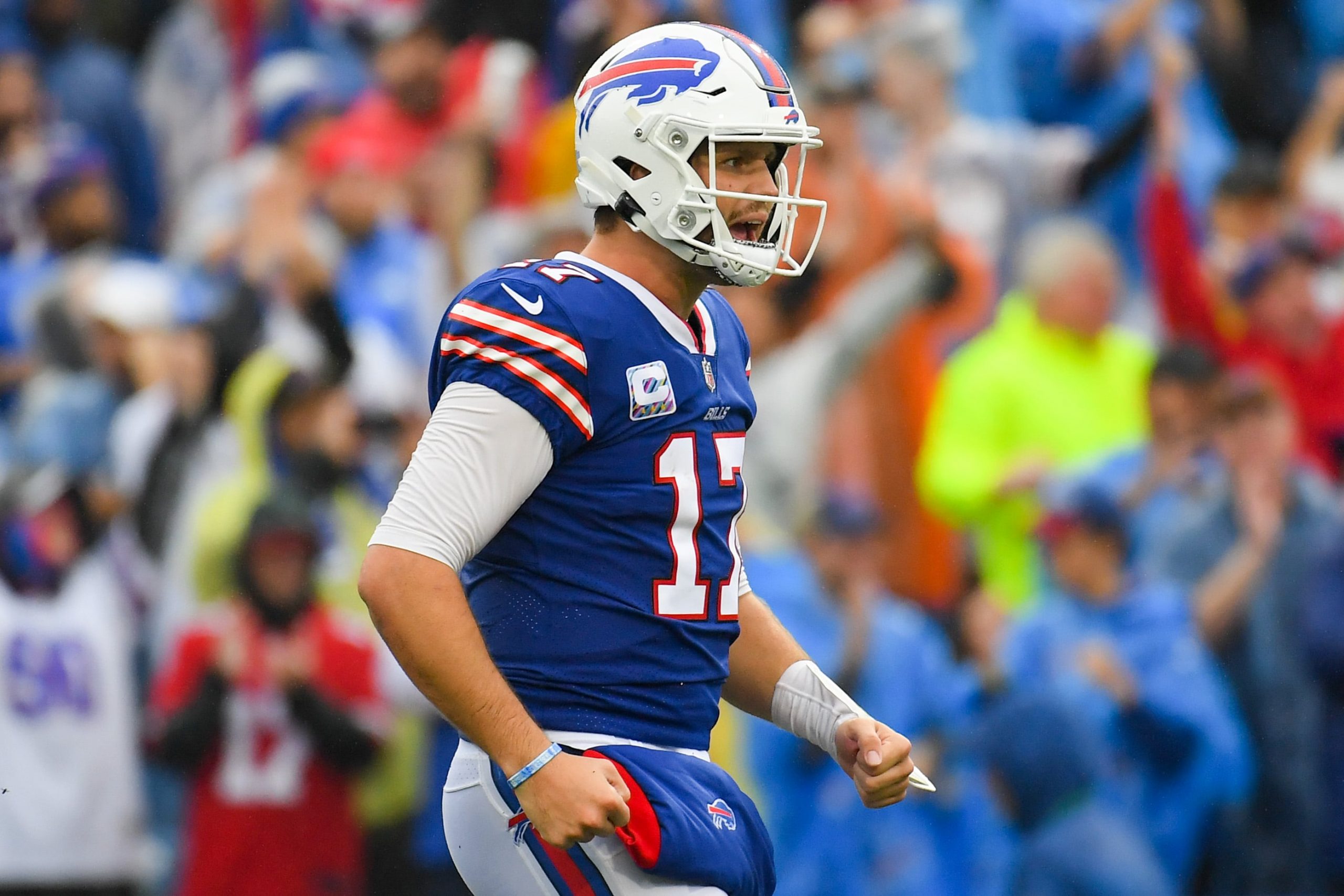 Playoff baseball is in full swing and we also have the finale of NFL Week 6 to look forward to, as well as some NHL and NBA action. There are a lot of crucial contests coming up, which always attract some big public sides. Let’s take a look at where the public money is going as bettors once again try to beat the ‘books, with the Bills leading the way on Monday.

Week 6 will wrap up with Monday Night Football, and the public knows who they like. Everybody just saw the Bills bludgeon the Chiefs last week in primetime, and bettors are going right back to the well with Buffalo. A total of 87 percent of the bets and 85 percent of the public money are laying nearly a touchdown with the Bills on the road here, per DraftKings’ internal numbers shared with us.

This one is interesting, since the Titans and Bills also played in primetime last year. Buffalo was a big favorite in that one as well, and BetMGM tells us that 70 percent of the tickets were on the Bills in that game. Then Tennessee came out and dominated in a 42-16 victory. Will that trend repeat itself again? We don’t think so; we’re agreeing with the public on this one and rolling with Buffalo.

There’s nothing the public loves more than a good over, especially in a big game. So it probably won’t surprise you to learn that NFL bettors are pounding the over on Monday night as well. Just as much as they are the Bills. A total of 89 percent of the bets and 64 percent of the handle are on the over 53.

Interestingly, the gap in those two percentages between 89 and 64 indicates the larger volume bets are on the under here. Perhaps that’s the ‘sharp’ side in this one. Tennessee’s defense has struggled mightily, although Buffalo’s looks back to being borderline elite. As is often the case, it looks like sportsbooks are going to be rooting for ‘dog and under in this primetime game.

Looking now at some postseason baseball, and Game 3 of the ALCS between the Red Sox and Astros. The Red Sox won Game 2 to even up the series at 1-1, and now the series is shifting back to Boston for the next three games. Oddsmakers have this one as pretty close to even, and although most of the bet splits are close, it looks like the public prefers the home team. A total of 67 percent of the bets and 77 percent of the public money are on Boston +1.5 on the run line.

However, things are much closer on the money line. On the money line, the Red Sox are only getting 51 percent of the bets and 58 percent of the handle. Both teams have been on fire offensively, so I’m a little surprised the public isn’t heavily on the over, but the bet splits on the total are pretty even.

The NHL has four games on Monday night, and there’s a big public side brewing in the desert. Bettors saw the Blues beat a really good Avalanche team in their opener, and didn’t need to see much else. A total 66 percent of the bets and 83 percent of the public money are on St. Louis’ money line at -170 here.

It probably also doesn’t hurt that the Coyotes have lost their first two games by a combined score of 10-3. The Blues added some nice pieces this offseason, while the Coyotes are still in the middle of a rebuild. We don’t want any piece of Arizona, either; we’re rolling with St. Louis too.

Now here’s something we don’t see everyday. A public under? In a huge nationally televised NBA game? Take a long look at this one, since we might not see too many this season. Usually the public likes to root for a ton of points in these big NBA games, but not here on opening night. The NBA season will get underway with Nets/Bucks on Tuesday night, and bettors are flocking to the under.

A total of 66 percent of the bets and 81 percent of the money are on the under 237.5. The splits on the spread for both Nets/Bucks and Lakers/Warriors are relatively even, so this is the big public side of the first night of the new NBA season. Perhaps bettors think the absence of Kyrie Irving will really hurt Brooklyn’s offense. Or that the league’s new rules on calling fouls on jumpshots will reduce scoring. Either way, we’re just excited that the NBA is back. Be sure to check out our NBA picks tab for free picks on the side and total of every game.