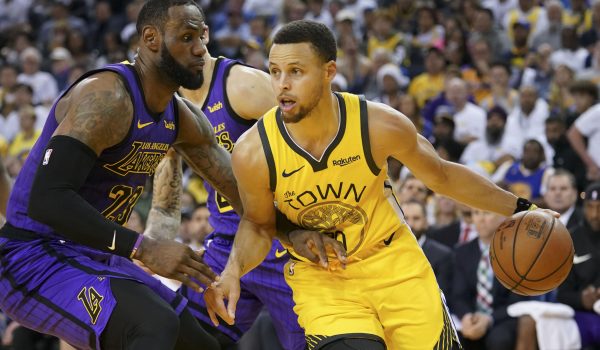 A new week is here, and we’ve got some nice NBA, MLB, and NHL action to report on Tuesday, so it’s a full day. There are a lot of big games, which always attracts some big public sides. Will bettors be lucky this time around? Let’s take a look at where the public money is going as bettors once again try to beat the books, with the Warriors vs. Lakers game leading the way.

Nothing the public loves more than a good over. Bettors often flock to the over in high profile games, so why would it be any different in the main even of the play-in tournament? 85 percent of the bets and 70 percent of the money are on the over 219.5 here, per DraftKings’ internal numbers shared with us.

That big split in percentages indicates there have been some large bets on the under though, for what it’s worth. The Lakers were a big disappointment this season, and what kept them afloat was their defense. The public has understandably gotten excited about the show Stephen Curry has put on recently, and they want to see him drop 50 points. However, the last two times these teams played, the Warriors were held to 97 points or fewer. We’re fading the public and backing the under here.

That Lakers game is on Wednesday, but the big public side for Tuesday’s action is the Pacers. Indiana will get the play-in tournament action started with an early game against Charlotte. 77 percent of the bets and 76 percent of the money are taking the Pacers as a short favorite here.

I’m mildly surprised by this one, since the Hornets are the more exciting team on the surface. However, Charlotte has lost their last five games in a row, which carries more weight with the public. Gordon Hayward was just ruled out of this one while the Pacers are getting a bit healthier, so we’ve got to take Indiana as well.

Looking at the baseball slate now. It’s rare to see bet splits this lopsided when the odds are this close. Chicago is the narrowest of favorites, but the public is all over them. 90 percent of the bets and 93 percent of the money are on the White Sox here.

Additionally, 88 percent of the bets and 99 percent of the money are on their run line at -1.5. The public saw the White Sox beat Minnesota 16-4 on Monday, and clearly didn’t need to see much else. While that’s probably not the best long-term betting strategy, we agree with them here. Chicago is starting Lance Lynn, who has been phenomenal with a 1.30 ERA. The Twins are in free-fall, so we’re fading them too.

The Islanders won Game 1 of this series, so this is interesting to see. We’ve got to agree that we shouldn’t overreact too much to one overtime loss. The Penguins still went 6-2 against New York in the regular season, and are the superior team. We think Pittsburgh bounces back as well.

Much like with the Lakers game, the public also likes the over here. Game 1 of this series was electric, and saw nine total goals. We can’t blame bettors for getting excited and wanting more offensive output here. 67 percent of the bets and 86 percent of the money are on the over six here in Florida.

In the first game of this series there were seven powerplays, and shots were flying left and right. Both of these teams averaged well over three goals per game during the regular season, and there were 79 shots taken on Sunday. We’re taking the over here too, and it’s a three-star play for us.