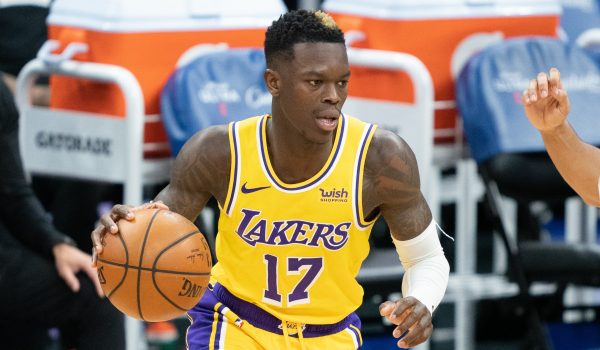 A new week is here, and we’ve got some nice NBA, MLB, and NHL action to report on Monday, so it’s a full day. There are a lot of big games, which always attracts some big public sides. Will bettors be lucky this time around? Let’s take a look at where the public money is going as bettors once again try to beat the books, with the Lakers surprisingly getting faded.

It’s a day we never thought we’d see in this column. Usually the Lakers are a public side, but today they find themselves getting faded heavily. Oh how the mighty have fallen. 65 percent of the bets and 83 percent of the money are laying the points with the Nuggets here, per DraftKings’ internal numbers shared with us.

That big split between the bets and money also means there have been some large wagers on Denver. The Lakers have shockingly lost six of seven games, and now LeBron James isn’t going to play tonight. The Lakers have looked downright awful lately, and the public is piling on. With James not playing we’ve got to fade the Lakers as well, and in fact the Nuggets are one of our ‘NBA Best Bets‘ for Monday.

The biggest public NBA side of the day though is the 76ers. 79 percent of the bets and 90 percent of the money are taking Philly as a sizable road favorite here. Bettors think the Bulls are even more vulnerable than the Lakers. The public has understandably turned quite hard against Chicago ever since Zach LaVine has been out.

But this is the second half of a back to back for the 76ers, and the first half went to overtime against the Spurs. As such, they should be pretty gassed. The Bulls matchup pretty well against the 76ers defensively, and this line feels a bit inflated. We’re fading the public here and going with the home underdog.

Needless to say, the Dodgers are a staple of this column. They had struggled mightily recently, but the public saw them break out of their slump in a big way with a 16-4 win on Sunday. As soon as the bats woke up, you knew the public was going to hop back on in a big way. It was only a matter of time before their talented lineup figured it out, so there’s no way we could fade them either. We’re taking the Dodgers on the money line though to keep it safe.

Adam Wainwright will start for St. Louis, and he’s given up only three runs in 16 innings while striking out 18 in his last two starts. He’s coming off a complete-game outing. Clearly, bettors think he can keep it going. The Mets will trot out Joey Lucchesi, who hasn’t pitched more than three innings this season, so we like St. Louis here as well. We’re taking the run line to get some significant plus-money.

Finally looking at the NHL board now, the public is locked in on Washington. Despite oddsmakers having this line as nearly even, bettors seem to think the Capitals have a huge advantage. 78 percent of the bets and 86 percent of the money are on Washington over New York here.

Washington has been fantastic on the road this season, while the Rangers are all but eliminated from playoff contention. New York has lost back to back games, and they just aren’t playing with much energy right now. We’re going with the Capitals as well, so we hope it’s a good day for the public.