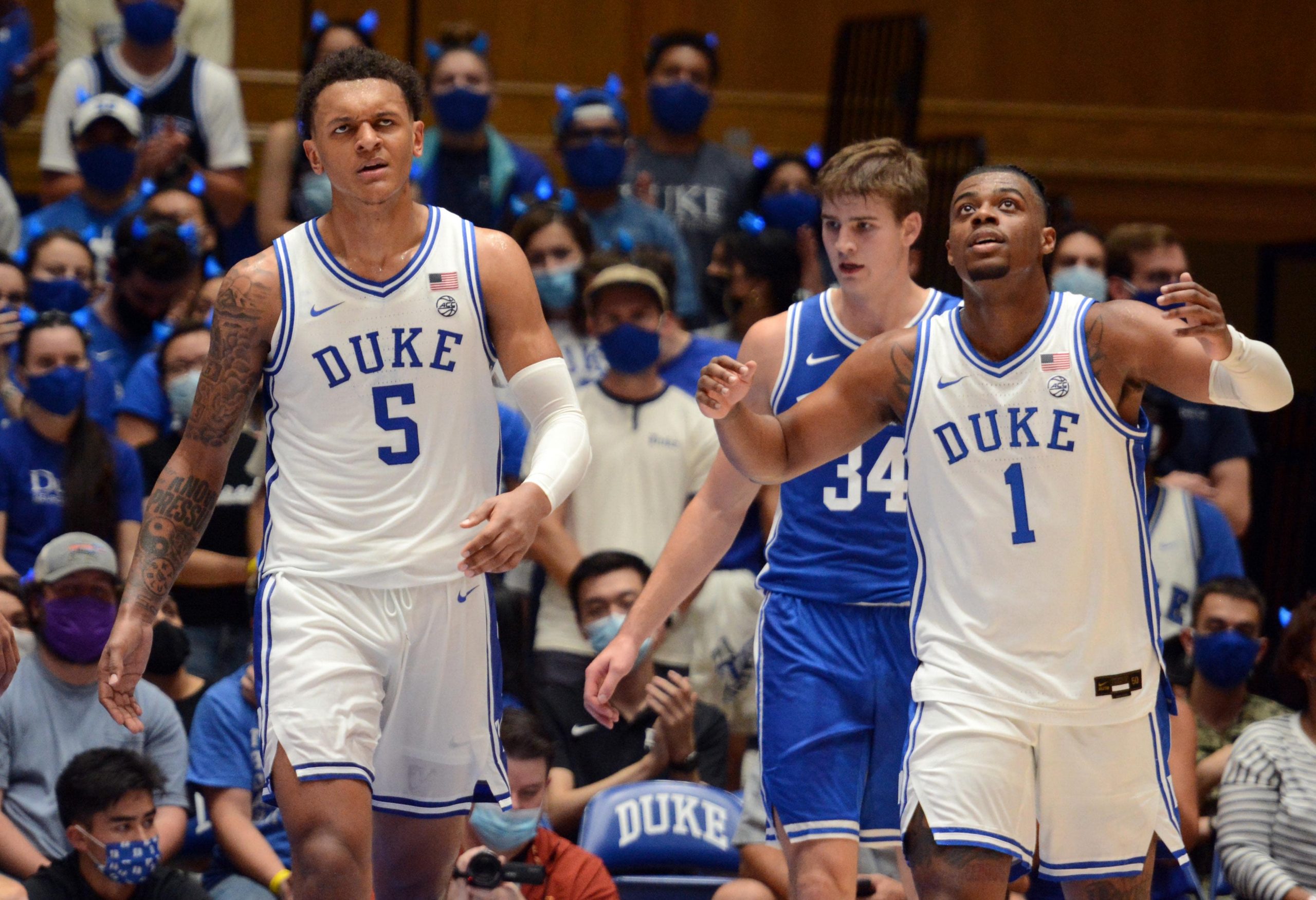 It’s that special time of year when most of the major sports are in action. It’s a lot, and we’re grateful for it. There are a lot of crucial contests coming up, which always attract some big public sides. Let’s take a look at where the public money is going as bettors once again try to beat the ‘books, with the Duke Blue Devils leading the way on Tuesday for the start of the college basketball season.

And just like that, we’re back! The new college basketball season will get underway on Tuesday, and there will undoubtedly be some huge public sides. In fact, we have one in the biggest game of the opening slate. Duke and Kentucky will meet in the only matchup between two ranked teams on Tuesday, and bettors are flocking to the Blue Devils. 83 percent of the bets and 88 percent of the public money are on Duke as the shortest of favorites, per DraftKings’ internal numbers shared with us.

Kentucky drew some bad headlines for barely beating Miles College in an exhibition game, which could be a factor in these lopsided splits. The Blue Devils have a lot of buzz after adding five-star recruit Paolo Banchero. We’re agreeing with the public on this one and taking Duke, and it’s one of our college basketball best bets for Tuesday.

DraftKings also gave us a peek into the futures markets and bet splits on who will win the national championship. There’s also a lot of buzz around this Memphis team right now, so it’s not too surprising to see them at the top of the futures charts. The Tigers are only getting five percent of the bets at 15/1, but they are getting 14 percent of the handle, which is the highest of any team. That means there have been some large volume bets on Memphis.

Nothing the public loves more than a good over. Why would anything be different for some Tuesday night MACtion? With the MAC back to their quirky schedule, we’re getting treated to football on Tuesdays again. And bettors are expecting lots of points. 77 percent of the bets and 88 percent of the public money are on the over 57 here.

Buffalo has been playing in a bunch of shootouts, so this one isn’t too hard to understand. Their last game against Bowling Green ended in a 56-44 shootout. Buffalo by itself is averaging around 38 points per game over their last four contests. We don’t want any part of this under either, we’re backing the public on this one.

See what I mean about the public and their overs? The splits are even more overwhelming for the finale of this Tuesday MACtion slate. 85 percent of the bets and 91 percent of the public money are on the over for this one. Eastern Michigan has also been playing in a bunch of shootouts, and they’ve scored at least 52 points in back to back games.

As such, it wouldn’t be shocking if Eastern Michigan came close to sending this one over by themselves.. Ohio hasn’t been too shabby themselves on offense, as they’ve put up at least 26 points in four straight games. Once again, we have to ride with the public on this over.

Turning our attention to the NHL now to wrap things up. The Panthers are quickly becoming an extremely public side. Bettors were all over them the other day for their game against the Rangers, but Florida lost. Nonetheless, the public headed right back to the Panthers on Tuesday. A total of 88 percent of the bets and 94 percent of the public money were on Florida as a modest road favorite for this one.

To be fair, the loss to the Rangers was just their second of the season. Florida is still a ridiculous 10-1-1 on the year, so it isn’t shocking to see the public still willing to back them coming off a defeat. On the flip side, the Devils have been a bit disappointing recently–losing three of their last four.