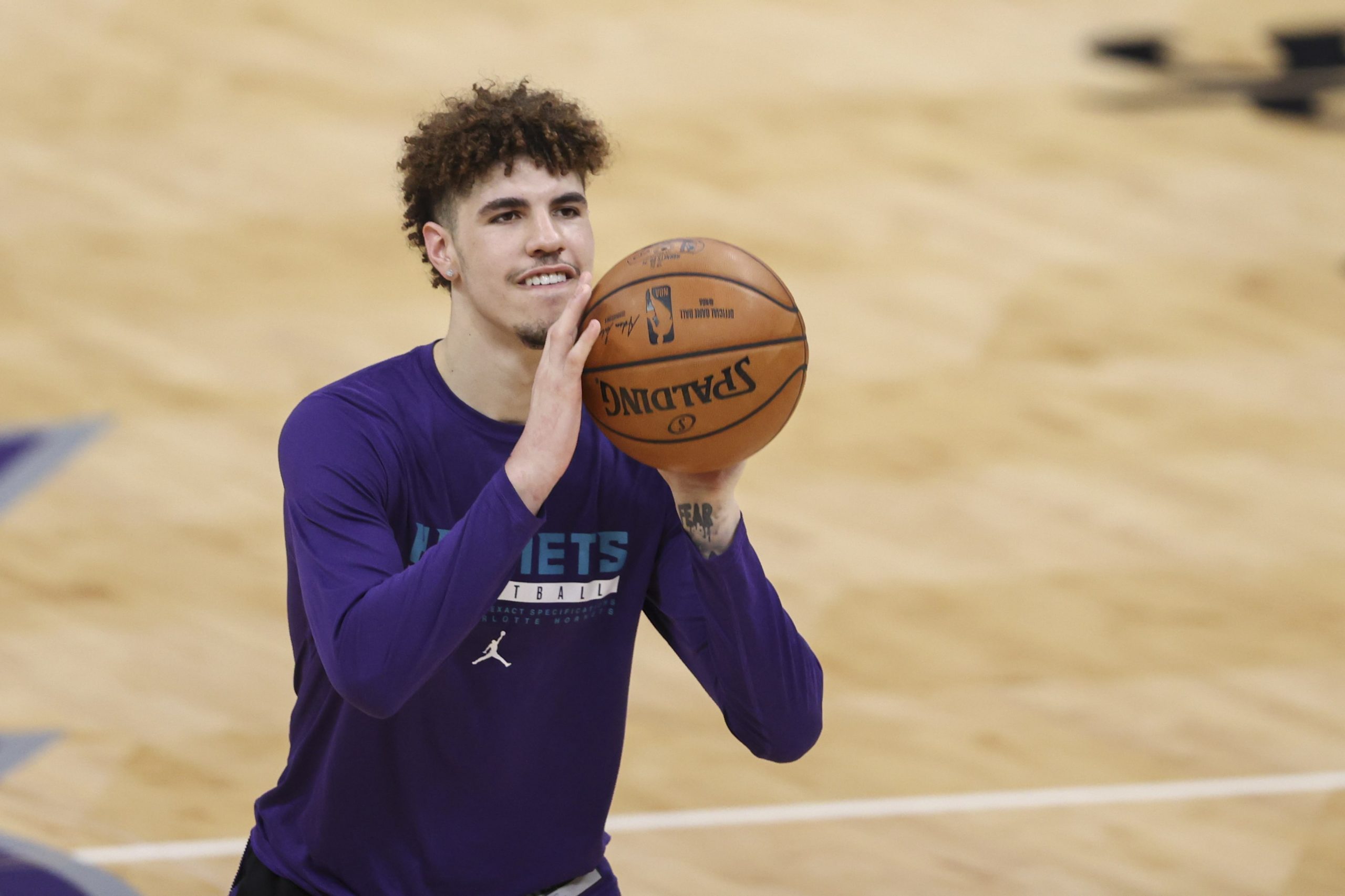 It’s that special time of year when most of the major sports are in action. It’s a lot, and we’re grateful for it. There are plenty of crucial contests coming up, which always attract some big public sides. Let’s take a look at where the public money is going as bettors once again try to beat the ‘books, with the Charlotte Hornets leading the way on Friday.

This one is interesting, since the Hornets at 9-7 might not seem like your prototypical public side. But the team has won four in a row, and they’ve obviously got an excitement factor with LaMelo Ball running the show. As such, 82 percent of the bets and a whopping 98 percent of the public money are laying -2.5 with Charlotte on Friday, per DraftKings’ internal numbers shared with us.

The gap in those two percentages indicates the large volume bets are on the Hornets, as well. This is likely a fade of the Pacers as well, who are 6-10 overall and 2-8 on the road this year. Indiana is pretty banged up, so we’re also going with the Hornets as we enter the weekend.

The Clippers are still playing without Kawhi Leonard, but that isn’t enough to keep the public away. It also doesn’t hurt that they’re playing the Pelicans. Whoever is playing New Orleans is likely to be a staple of this column moving forward for the rest of the season. A total of 89 percent of the bets and 97 percent of the public money are laying it with Los Angeles as a road favorite.

The Pelicans are just 2-14 on the year, and have virtually no offense without Zion Williamson in the lineup. The Clips have been playing quite well, on the other hand, winning eight of their last 10. We don’t want any part of the Pelicans, either.

Let’s take a look at a couple of public NFL sides now. For the first time in a while there aren’t too many overwhelming public onslaughts in the NFL. But there are still a couple of games with lopsided splits. We’ll start with this pivotal NFC North showdown. A total of 79 percent of the bets and 74 percent of the public money are on the Packers as the shortest of favorites.

Even though the money is coming in on the Packers, this line has actually moved toward Minnesota. The Vikings began the week as underdogs of around +2.5, and that has slowly shrunk a bit. Green Bay has covered nine straight spreads; it’s hard to argue with that, so our expert is rolling with the Pack.

The other biggest public NFL side of Week 11 is one that might surprise you: the Miami Dolphins of all teams. Unfortunately for Brian Flores this likely has more to do with who his team is playing than anything else. We’ve still got a couple months of the season left, and you can count on the public to be lining up to fade the Jets each week. This time around 72 percent of the bets and 85 percent of the public money are laying it with Miami.

The Jets’ defense has been historically bad lately, getting torched by just about everybody. And the last time everybody saw the Dolphins, they were stunning the Ravens on national television. So this one isn’t too hard to understand. Believe it or not, nobody wants a piece of Joe Flacco. And we can’t blame them; we’re going with the Dolphins, as well.

Wrapping things up with some college football. We’ll have to wait a couple days for the NFL, but there is a handful of interesting college games on Friday night. One of the most notable is this Mountain West clash between San Diego State and UNLV. 75 percent of the bets and 81 percent of the public money are laying double digits with the Aztecs here.

Bettors saw a ranked (#23) SDSU team only laying 10.5 points against a 2-8 UNLV squad, and didn’t need to see anything more. But perhaps they should’ve dug a bit deeper. San Diego State relies heavily on their ground game, but UNLV’s run defense has been stout lately. We’re fading the public and backing UNLV plus the points.