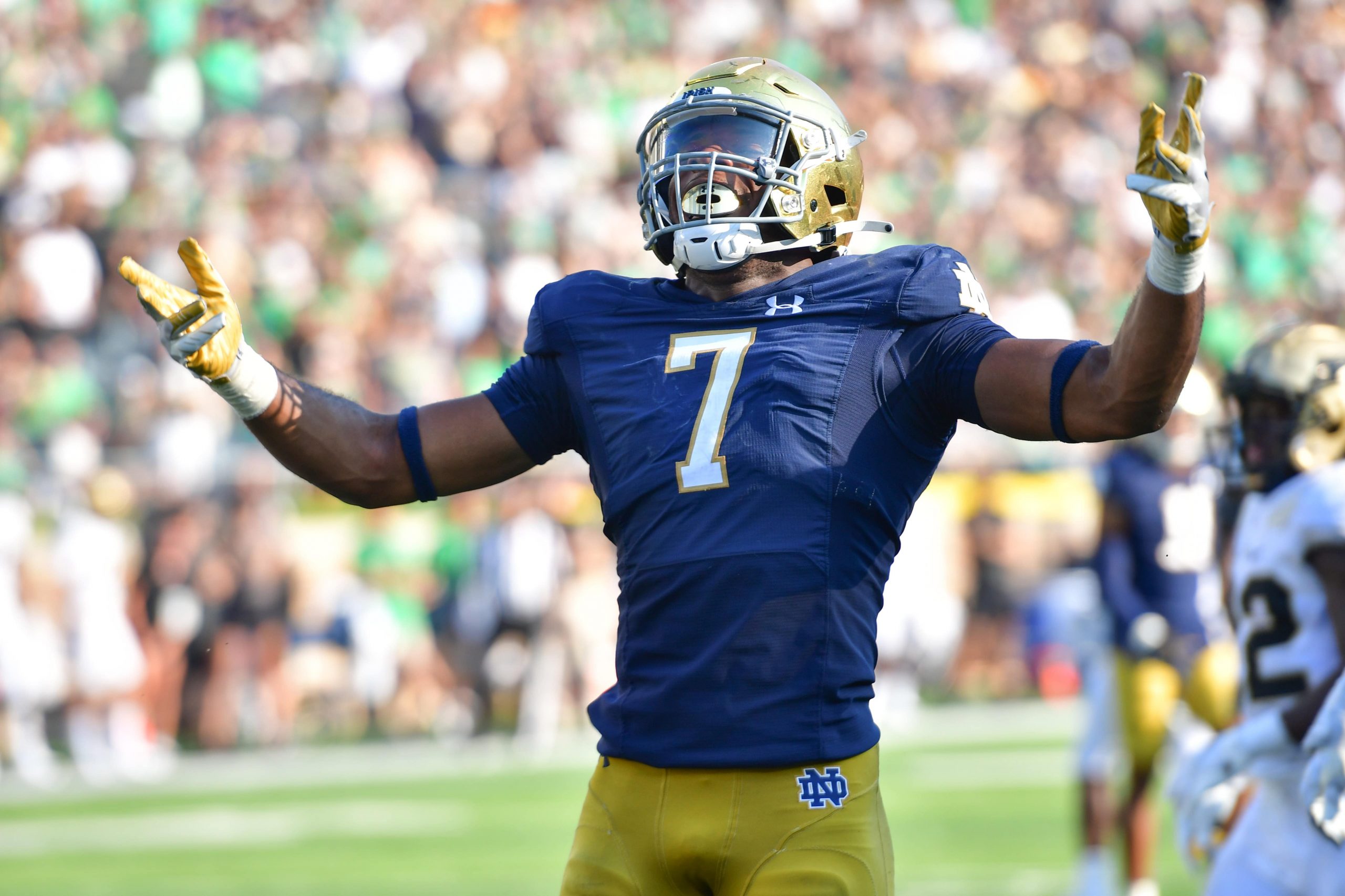 Playoff baseball is in full swing and we also have full college football and NFL slates to look forward to, as well some NBA action as we enter the weekend. It’s a lot, and we’re grateful for it. There are a lot of crucial contests coming up, which always attract some big public sides. Let’s take a look at where the public money is going as bettors once again try to beat the ‘books, with Notre Dame leading the way on Friday.

Looking at this week’s biggest college football games, this one jumped out. Notre Dame and USC have a great rivalry, and they play every year. Bettors certainly know who they favor in the 2021 edition of this matchup. A total of 88 percent of the bets and 86 percent of the public money are laying a touchdown with Notre Dame here, per DraftKings’ internal numbers shared with us.

The Fighting Irish had their season upended with a loss to Cincinnati, but the public isn’t too discouraged. Or, at least, they’re very skeptical of the current state of this USC team. And it’s hard to blame them. The Trojans have once again been a disappointment, and things got so bad that they fired coach Clay Helton midseason. We’re rolling with Notre Dame, as well.

Now let’s turn our attention to the pro football slate. This is easily the biggest public side on an NFL total this week. The public usually gravitates toward overs, and that’s exactly what we’re seeing here in Baltimore. A total 88 percent of the bets and 83 percent of the public money are on the over 46.5 here for this AFC North clash.

This game is the only one on Sunday featuring two teams with winning records. It’s one of the highlights of the slate, and the public is almost always going to go over in the biggest games. However, Cincy’s defense has quietly been playing really well this year. And the Ravens have given up seven points or fewer in two of their past three games. We’re fading the public and going under, and it’s one of our NFL best bets for Week 7. Our first best bet, the under on Thursday Night Football, just cashed easily last night.

Bettors saw that the Patriots won the first matchup between these teams 25-6, and didn’t need to see much else. New York picked up one good win over a really banged up Titans team, but other than that they’ve been awful. We’re rolling with Jones and Bill Belichick, too.

The NBA has only been back for a few days, but things are already in full swing. We’ve got a nice big slate on Friday, which means some big public sides. Interestingly, one of the most lopsided games in terms of bet splits is in one of the evening’s lower profile matchups. Bettors are lining up to back the Hornets, as 87 percent of the bets and 90 percent of the public money are on Charlotte as a modest road favorite.

The public likes to chase momentum, and everyone is understandably about the season debut of LaMelo Ball. Ball dropped 31 in a thrilling comeback one-point victory in Charlotte’s opener. Now is the time to fade that hype, as this is a perfect letdown spot after an emotional thriller. We’re taking the home ‘dog and hoping Cleveland comes through for us.

We are finishing things up with some playoff baseball and Game 6 of the ALCS. See what I mean about the public and their overs? Houston just won back to back games in Boston to take a 3-2 lead in the series. The Astros did it thanks to their explosive offense, and bettors are expecting their lineup to keep on hitting in this elimination game. A total of 83 percent of the bets and 93 percent of the public money are on the over 8.5 in this game with a spot in the World Series on the line.

This series has certainly been high scoring, and all five games have seen at least nine total runs get scored. That being said, expectations have probably gotten a bit out of control. The stakes in this game are also higher with it being an elimination game, so we’re fading the public again and taking the under.