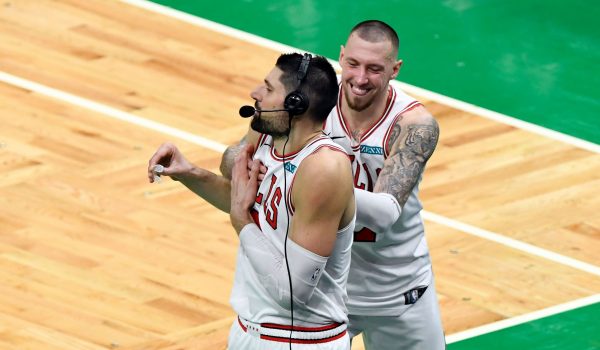 Baseball is finally back, and we’ve also got some nice NBA and NHL action on Wednesday, so it’s a full day. There are a lot of big games, which always attracts some big public sides. Will bettors be lucky this time around? Let’s take a look at where the public money is going as bettors once again try to beat the books, with the Bulls surprisingly leading the way.

The public loves to lock onto a handful of elite NBA teams and bet them seemingly every day, but we’ve got a different situation leading the way Friday. This bet seems like a fade of the Cavaliers more than anything else. 89 percent of the bets and a whopping 90 percent of the money are laying the couple of points with the Bulls here, per DraftKings’ internal numbers shared with us.

This one is interesting since Chicago doesn’t exactly profile as a public road favorite. The Bulls are just 2-5 in their last seven, and are still without All-Star guard Zach LaVine. That being said they have won back to back games, which is all the public needed to see. The Cavs are just 1-5 in their last six and will also be without their head coach for this game, so we’re fading them tonight as well.

The other big public NBA side on Wednesday is Golden State. 86 percent of both the bets and money are on the Warriors as a short favorite here. Steph Curry is lighting the world on fire and dazzling on a nightly basis right now, so this one isn’t too surprising.

Curry has now dropped at least 32 points in 11 straight games, and has scored at least 47 in each of his last two. Nobody’s going to fade him right now, and we can’t blame them. The Warriors have won five of six on Curry’s back, and until he slows down we’ve got to ride them also.

Looking at the baseball slate now, the public is hammering Cincinnati. The Reds have been a pleasant surprise this season, and bettors are circling. 73 percent of the bets and 90 percent of the money are on the Reds -1.5 on the run line. The split in those two percentages indicates there have been some large volume bets on the Reds.

Additionally, 65 percent of the bets and 66 percent of the money are on their money line at -182. The Diamondbacks have lost four of six and have been weak-hitting. They’re starting Merrill Kelly here, who has an 8.44 ERA through three starts. He’s given up at least six earned runs in back to back starts, so this might just be a straight fade of him. We’re fading him too.

Switching things up with a total, the public loves the over here in San Diego. Petco is obviously known as a very pitcher-friendly park, but that isn’t enough to scare anybody away. 74 percent of the bets and 93 percent of the money are on the over 7.5 in this spot. This one is interesting because the Padres have scored just one total run in their last two games, and neither game in this series so far has had more than six runs.

San Diego will also have Dinelson Lamet on the mound here, who will make his first start after a fantastic 2020 campaign. He had a 2.09 ERA in 12 starts last year, so we think we’re going to see another low-scoring affair here. We’re fading the public and taking the under. Check out our full game preview to see who we like to win the game.

The Oilers scored four goals in the third period in the first game of this back to back set, and bettors think they’ll carry over that momentum here. Edmonton has won four of five while Montreal is just 3-7 in their last 10. The Canadiens’ power play has been abysmal and they’re averaging just 1.5 goals over their last eight, so we’re taking the Oilers on Wednesday as well. We’re taking the money line though.