HomeAnalysisNBA NewsDaily public money update: Bettors love the over in Lakers vs. Suns

Daily public money update: Bettors love the over in Lakers vs. Suns 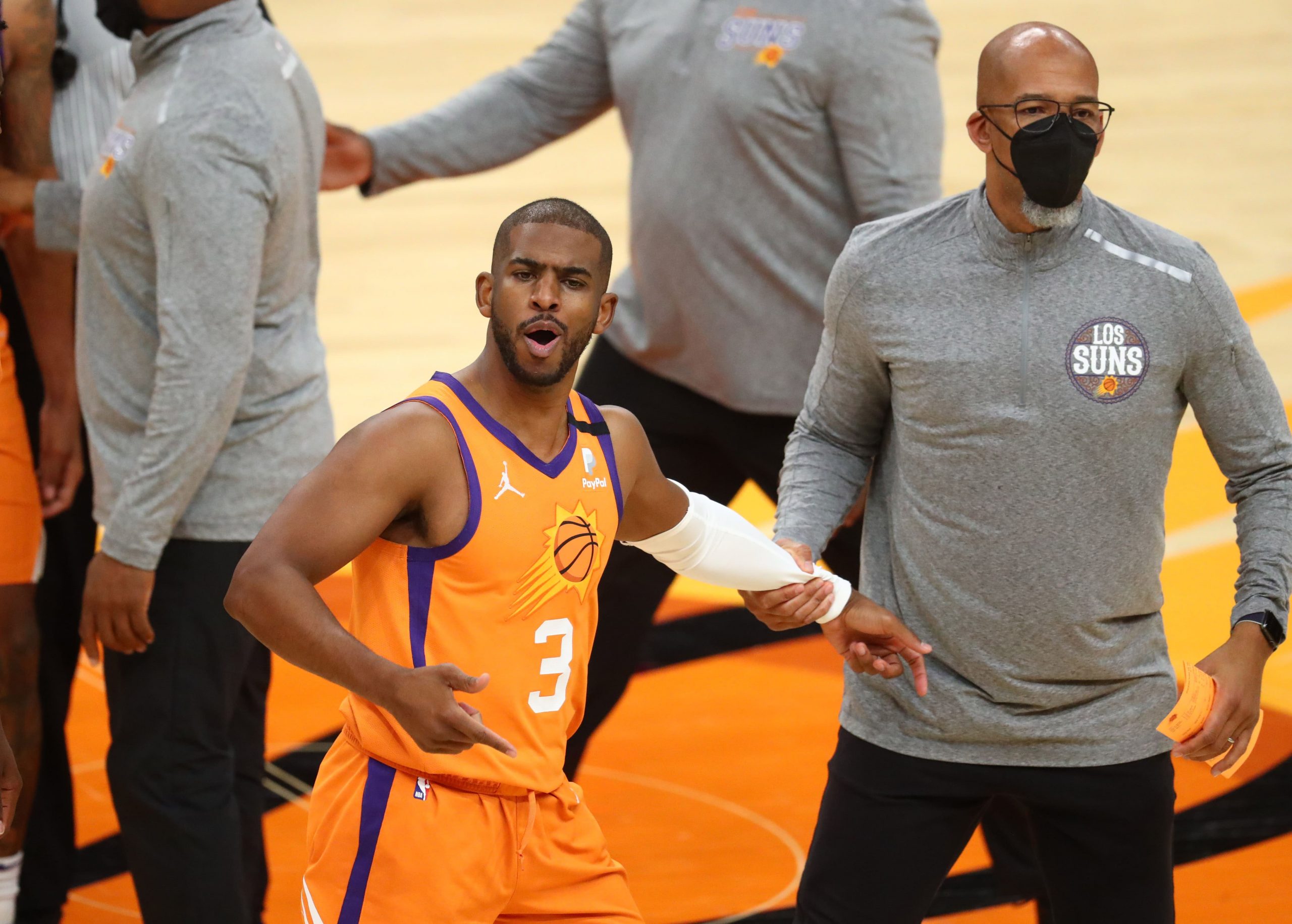 We’ve got some nice NBA, MLB, and NHL action to report on Sunday, so it’s a full day. There are a lot of big playoff games, which always attract some big public sides. Let’s take a look at where the public money is going as bettors once again try to beat the books, with the over in Lakers/Suns leading the way.

Nothing the public loves more than an over, especially in a big game. The kickoff of this highly anticipated Lakers/Suns series certainly qualifies as a big game. All eyes will be on this one, and bettors want a shootout. 84 percent of the bets and 73 percent of the money are on the over 213.5 here, per DraftKings’ internal numbers shared with us.

The public saw an NBA total this low and didn’t need to see any more. The Lakers’ defense has been carrying them this season, but this total does seem pretty low. Los Angeles scored 123 points in their last game against Phoenix, and that was without LeBron James in the lineup. The over is also 21-6 in the Suns’ last 27 games, and we’re riding with the public on this one.

I didn’t anticipate the Knicks becoming a big public team in 2021, but here we are. New York has been one of the best stories in the NBA, and bettors have flocked to jump on the bandwagon. 83 percent of the bets and 83 percent of the money are on the Knicks as a short favorite for their first playoff game in quite some time.

The excitement has been palpable and they play in one of the biggest markets in the world, so this isn’t too surprising. Additionally, 75 percent of the bets and 77 percent of the money are on their money line at -121. The Knicks play truly elite defense, which will serve them well in a playoff atmosphere when shots are harder to come by. We’re playing the Knicks as well, and it’s actually a three-star play for us.

The Lakers game isn’t the only one bettors want to see a lot of points in. In the nightcap for the NBA slate, the public is once again leaning heavily to the over. 81 percent of the bets and 75 percent of the money are on the over 216 here in Utah.

All three of these teams’ regular season meetings went over the total. Utah is also finally getting back Donovan Mitchell, which needless to say is a huge boost for their offense. Jordan Clarkson has been tearing it up lately, Joe Ingles has been having a phenomenal season, and the Grizzlies have plenty of momentum as well. We agree that this total is a bit low.

Even the Blues getting +185 at home in an elimination game isn’t enough to get anyone to fade Colorado right now. Given what we’ve seen in the first three games of this series, it’s hard to argue too much. The Avalanche have won all three games by at least three goals, with a combined score of 15-5. We’re taking the Avalanche on the puck line at plus-money as well.

Finishing things off with one last total. You guessed it, the public likes another over here in Washington. Three of the first four games of this series have gone to overtime, and bettors want even more excitement on Sunday. 72 percent of the bets and 81 percent of the money are on the over 5.5 here.