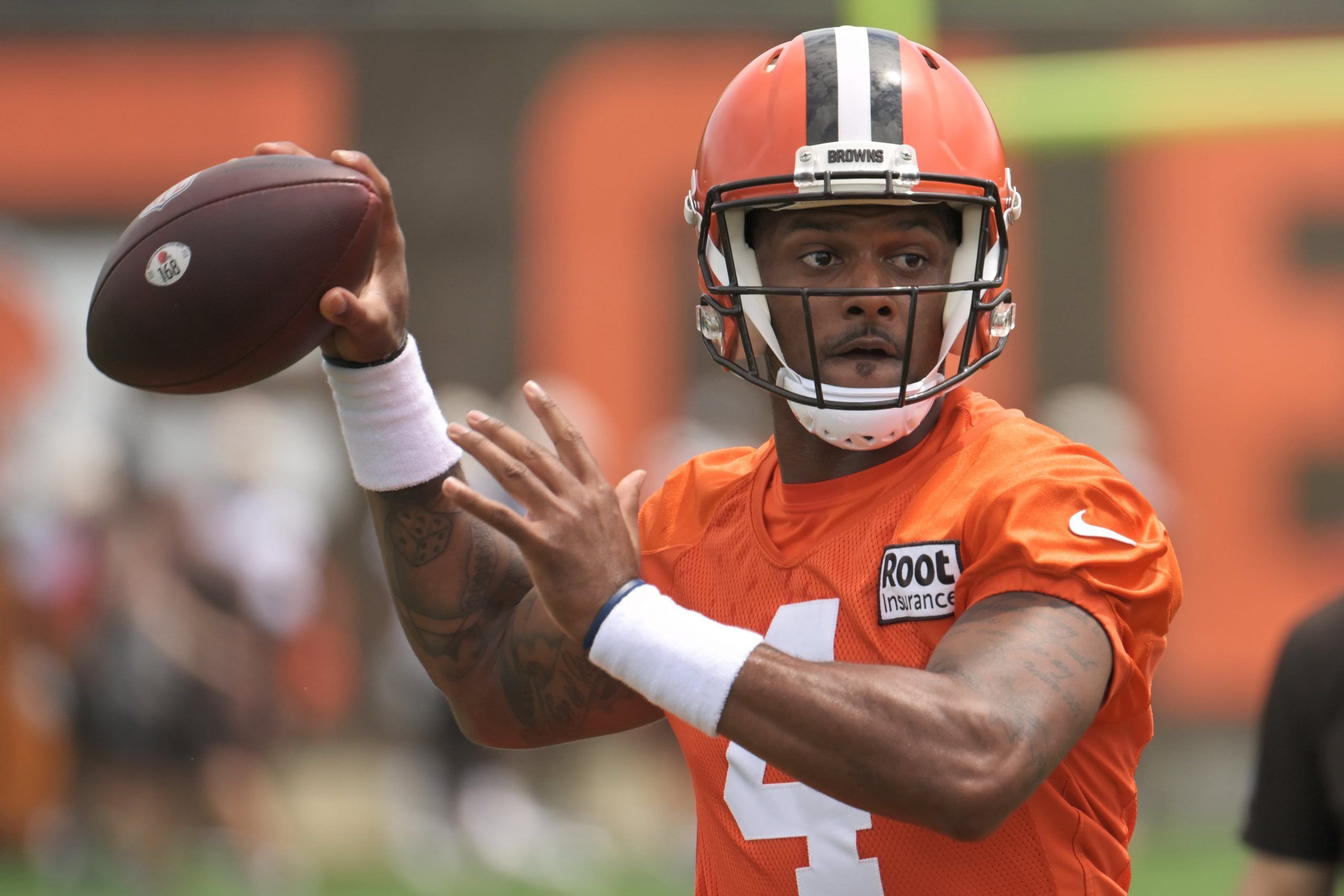 The Cleveland Browns made a blockbuster trade for quarterback Deshaun Watson in March, but since then the team has not known when he would be able to make his first appearance for them while an investigation into potential breaches of the NFL’s personal-conduct policy took place. The NFL was understood to be pushing for a full-season suspension for the former Texans star, who sat out the entire 2021 season in a contract dispute, but former U.S. District Judge Sue L. Robinson has ruled that Watson must serve a 6-game suspension. The NFLPA had already stated they would not appeal against the verdict, but the NFL has 3 days to do so if it wishes.

The absence of certainty on Watson’s availability made it difficult for sportsbooks and bettors alike to assess the Browns’ chances in 2022 after they took the decision to move on from Baker Mayfield and send a huge package of draft picks, including 3 first-rounders, to the Texans for Watson. Now, however, we can look at the Browns’ odds with the knowledge that Watson will not be around for the first 6 weeks of the season, but could return to lead Kevin Stefanski’s offense from late October onwards. Let’s take a look at the updated odds.

The expected suspension of Watson was already baked into the Browns’ Super Bowl odds to some extent, but the suspension of ‘only’ 6 games has led FanDuel Sportsbook to move Cleveland’s odds from 28/1 to 22/1 to win the Super Bowl this season, with the option of a full-year suspension having apparently been avoided. In a similar move, DraftKings Sportsbook brought the Browns’ odds down from 30/1 to 25/1.

There were similar moves in the AFC Championship betting markets on Monday morning, with FanDuel changing the Browns’ odds to win the conference from +1400 to +1300 and DraftKings offering +1200 having also been +14oo overnight.

The Browns have only 1 AFC North game in the first 6 games on their schedule this year — a Week 3 home game against the Steelers — and their odds of winning the AFC North (for the first time in its 4-team format) have improved from +260 to +230 with FanDuel Sportsbook and from +275 to +230 with DraftKings.

Which games will Deshaun Watson miss through suspension?

Watson should be ruled out for the first 6 games of the Browns’ season, which are:

He should be eligible to make his first appearance for the Browns in Week 7, when they visit division rivals the Baltimore Ravens on Sunday, October 23. The first 4 games in particular are not the toughest lineup of opponents, giving the Browns hope that they might not be too far off the pace by the time Watson can play.

Who will start at QB for the Browns while Watson is suspended?

Browns head coach Kevin Stefanski has already said that Jacoby Brissett will be the team’s starter for any games that Watson is unavailable. He has been getting some first-team reps in training camp and the team can now change their plans accordingly, knowing that Brissett is in line to be the starter for 6 games and that Watson should be able to play for the rest of the regular season and playoffs if they make it.

Brissett has played in the NFL for the Patriots, Colts and Dolphins. He has a 14-23 record as a starter in the league. He played 15 games for the Colts in the 2017 and 2019 seasons, going 4-11 in 2017 but posting a solid 7-8 record in 2019 and he was 2-3 in 5 starts for Miami last season. This Browns roster has more talent, particularly on the offensive line, than most teams Brissett has played for and it’s worth noting that backup QB Case Keenum went 2-0 for the Browns in the 2 games that Baker Mayfield missed in the 2021 season, beating the Broncos and Bengals.

The Browns QB room also includes Josh Dobbs, formerly of the Steelers, who was recently given competition for the #3 role when former first-round pick Josh Rosen was signed.

What are the odds for the Browns’ opening games without Watson?

The Browns could take on their former starter Baker Mayfield in Week 1, and they are 1-point road favorites against the Carolina Panthers. For the Jets game in Week 2, the Browns are 4.5-point favorites with DraftKings Sportsbook, so there is an expectation that the Browns can still win games while Watson is out.

The Browns’ regular-season win total had been off the board pending the outcome of the suspension, but DraftKings has now gone up with a 9.5-win line, with -110 odds on either side. The Browns went 8-9 last season after an 11-5 record in 2020.