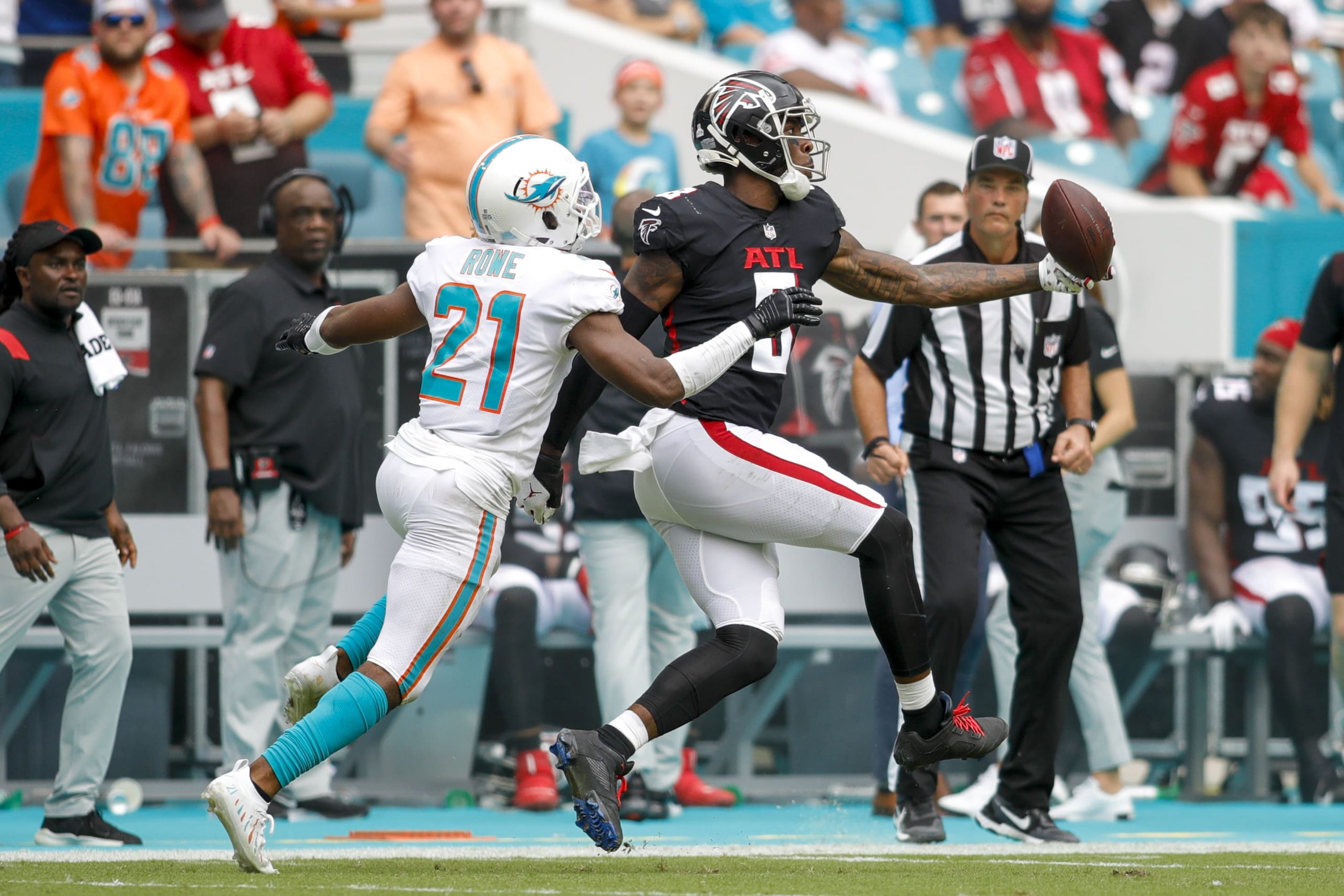 Another great weekend of football is in the books. The Saints and Seahawks will wrap up Week 7 in the NFL on Monday night, but before they do, we’re going to take a peek at next weekend. Lines are out for Week 8 of the NFL and Week 9 of college football, and it’s time to pounce.

Betting games early in the week can often provide the most value, as we can pick off lines that are likely to move before kickoff. Without further ado, let’s take a look at some of my favorite early bets for this weekend:

*Bet on Sunday at MGM, line available at time of posting

The lookahead line in this game was Falcons -1.5 and it should come as no surprise we saw a strong reopen at -2.5 after Carolina’s dismal performance on Sunday that saw them fail to reach the red zone. There are major issues with the Panthers offense right now as Sam Darnold looks lost and his starting job is in serious jeopardy. If Carolina makes a move to PJ Walker this week, this line should move through the key number of three. Even if it’s Darnold under center, I expect this to close at Falcons -3 or longer as Atlanta is getting healthy at the right time and starting to gel on offense with Arthur Smith pulling the strings.

*Bet on Sunday at MGM, line available at time of positing

This game should be played at a frantic pace as Duke is 3rd in plays per game (82.5) with Wake Forest not far behind in 29th (74.3). Neither defense is playing particularly well, especially the Blue Devils, who are ranked 116th in opponent yards per play and allowing 34.0 points per game. The Demon Deacons are a surprising 7-0 after an absurd 70-56 win over Army last week. They’ve scored the second-most points in the ACC behind Pittsburgh and are the only unbeaten team left in the league. Duke’s offense should show some positive regression coming off the bye and after a dismal 48-0 blanking two weeks ago against Virginia. Their offense has moved it relatively well this season, ranking 46th in yards per play. I would be surprised if this total closed anywhere south of 70.

Both teams run a relatively fast tempo as Arizona is 25th in plays per game (75.7) and USC is 37th (72.9). Neither team has been able to slow down opposing offenses, ranking 94th and 98th in opponent yards per play. The Coliseum has been a breeding ground for points this season, with an average combined total of 61.75 points scored in the last four games. USC is averaging 27.75 points at home this season and I expect them to exceed that number against a bad Wildcats team still searching for their first win. This total has already moved up from a lookahead of 55.5 and I can see it keep climbing even more before Saturday.

The Panthers are 3-0 ATS in their last three games, however all three of those spreads were less than a touchdown. Now Pitt is laying double digits against a Power 5 team for the first time this season, hosting a Miami squad playing surprisingly well on offense with QB Tyler Van Dyke under center. The freshman went off for 325 passing yards and four touchdowns last week in the upset win over NC State, and has filled in admirably for injured preseason Heisman hopeful D’Eriq King.

With Van Dyke at the helm, Miami has scored 101 points in their last three games and should be able to keep pace with a Pitt offense that’s ranked top 10 in points (40.0) and yards (489.8) per game. I also would not be shocked if Pitt came out a bit flat for a noon start just one week after taking down Clemson for the first time since 2016. I’ve already seen early market movement towards the Hurricanes and I can see this line closing Miami +11.5 or shorter.