Looking for a few relatively unexpected sources to enhance your fantasy football lineup in Week 14? It’s time to take a look at some sleeper candidates who could deliver the goods and propel you either into the playoffs or to the next round of the playoffs. Mike Glennon, J.D. McKissic, and Darnell Mooney are the guys we think could surprise on Sunday.

Mike Glennon, QB, JAX (vs. TEN) – Congratulations to Glennon on getting to play against Tennessee’s defense this week. The Titans are 28th in the NFL against the pass and they have given up the most passing touchdowns in the NFL (tied with Dallas at 27). They also just surrendered a game’s worth of statistics to Cleveland’s Baker Mayfield in the first half of last week’s game. Glennon has averaged 257.5 passing yards over the past two contests with three total touchdowns. He is more than capable of victimizing Tennessee.

J.D. McKissic, RB, WAS (@ SF) – Antonio Gibson is doubtful with a toe injury, which means McKissic is going to be RB1 for the Football Team in Week 14. Even when he hasn’t been the primary back, the Arkansas State product has still been extremely effective as a pass-catcher. He has been targeted at least 10 times on three occasions this year and has 639 total yards from scrimmage (408 receiving). San Francisco has been one of the most vulnerable teams in the league in terms of pass-catching out of the backfield, so McKissic should be in a line for a big day.

Darnell Mooney, WR, CHI (vs. HOU) – As bad as the Bears are these days, their offense isn’t entirely hopeless. Heck, I’ve had to pick up Mitchell Trubisky—and start him!—with Drew Brees out (in a league that starts two QBs, it should be noted). And he has actually been serviceable. A lot of that has to do with Mooney, who has averaged 6.7 targets over the last nine games. He has made multiple catches in every game this season. Now the Bears get to face a Houston secondary that has allowed 22 touchdown passes while making a mere three interceptions.

Breshad Perriman, WR, NYJ (@ SEA) – Perriman didn’t do much last week, but in the three games prior he had 11 receptions on 19 targets for 234 yards and three touchdowns. The biggest reason for his potential this weekend, of course, is Seattle’s defense. The Seahawks are dead last by a country mile in passing defense at 309.8 yards per game allowed. And although Seattle has been struggling, you can be darn sure that New York will be playing from behind all day long. Sam Darnold will have to pass the ball a ton. 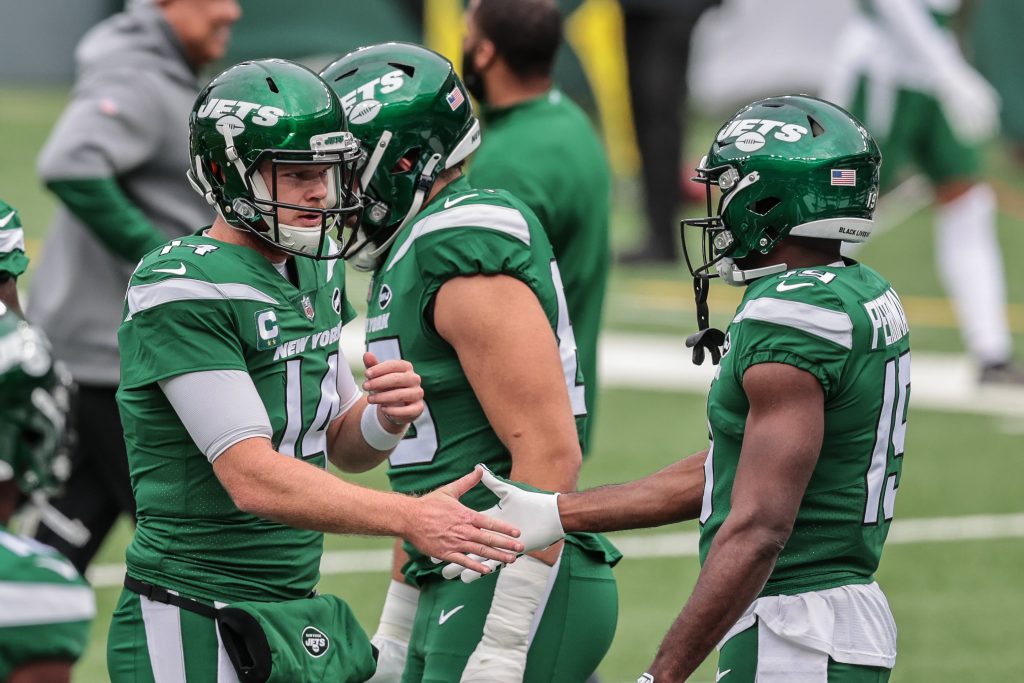 Giovani Bernard, RB, CIN (vs. DAL) – It takes a big effort to be in last place in the NFC East, but that is a feat the Cowboys have managed to accomplish. They are especially bad on the defensive side of the ball and specifically against the run. In fact, Dallas is giving up at least 17 more rushing yards per game than every other team in the league (167.8; Houston is second-to-last at 150.9). Bernard got 12 carries last week and is averaging more than three receptions over the last seven outings. With those opportunities, he should be able to rack up solid numbers at the Cowboys’ expense.