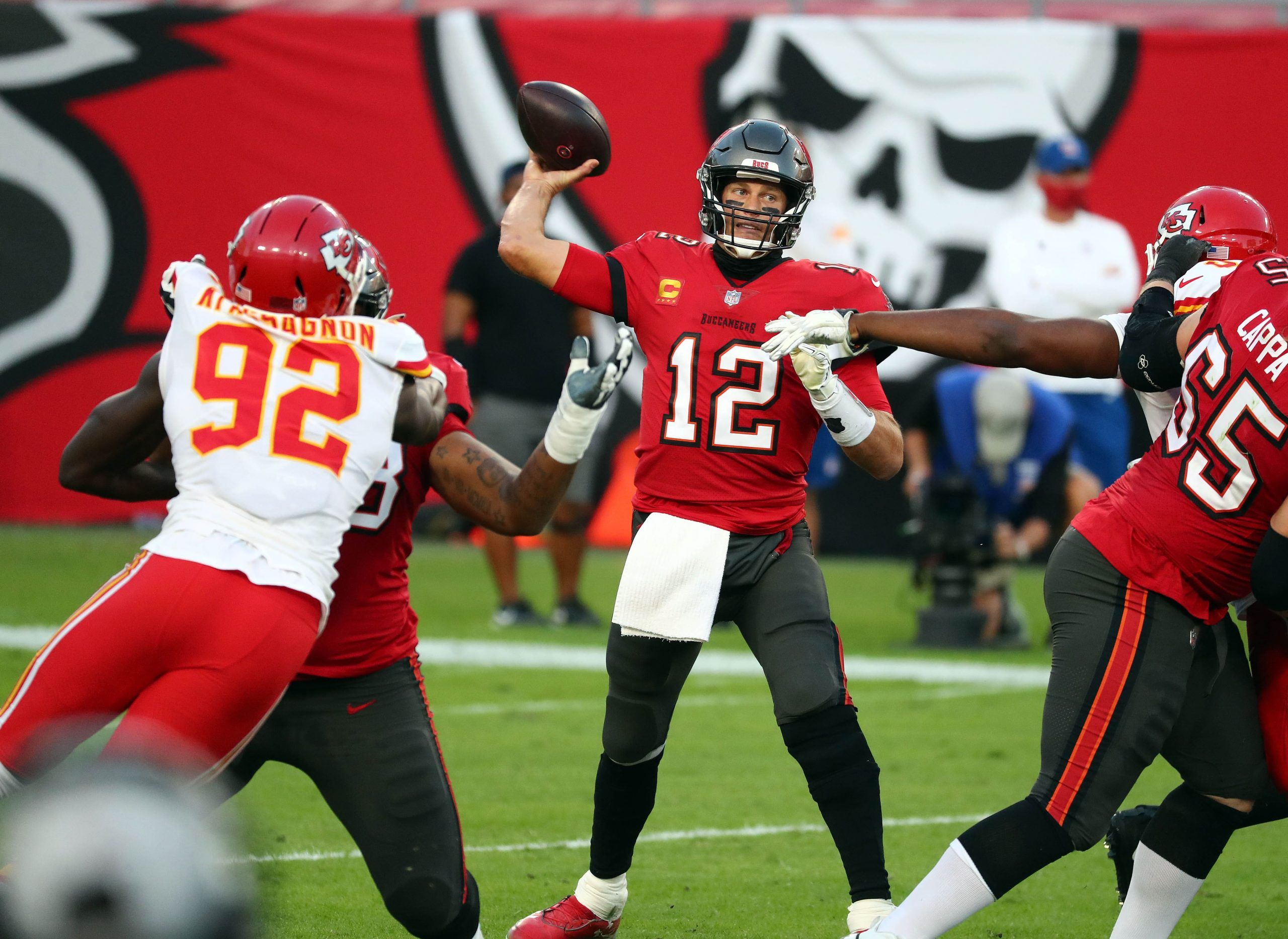 Your fantasy football playoffs are surely in progress, so it goes without saying that big decisions must be made this week. Who is worthy of a spot in your lineup? Who needs to take a seat on the bench? Those are the all-important questions we tackle right here.

Tom Brady, QB, TB (@ ATL) – The Atlanta Falcons have to go up against Tom Brady? What could possibly go wrong?!?! In fact, they actually have to face him—and the Tampa Bay Buccaneers—twice in the last three weeks. Atlanta has already been eliminated from playoff contention, so really it’s just good news for Brady and the Bucs. The Falcons are 30th in the NFL against the pass, have allowed the fifth-most touchdown passes (tied with 26), and they struggle to put pressure on opposing quarterbacks.

JK Dobbins, RB, BAL (vs. JAX) – Lamar Jackson is once again playing at an MVP level for the Baltimore Ravens, giving their offense that extra dynamic that was on display basically all of last year. Dobbins is benefiting—and also contributing. He has found the endzone in each the past three games and has reached the 70-yard mark on the ground in two of those three. With Mark Ingram being whittled out of the offense, Dobbins should continue to produce. It is also worth noting that the Jacksonville Jaguars are 30th in the NFL against the run.

Cooper Kupp, WR, LAR (vs. NYJ) – Kupp has been kind of boom-or-bust throughout the second half of the season. He has exceeded the 100-yard mark twice in the last six games and he scored a touchdown last week against the New England Patriots, but he has also disappeared at times. Needless to say, with the New York Jets next on the schedule it should be “boom” again for Kupp. The Jets are second-to-last in the league against the pass and have surrendered the most touchdowns through the air (tied with 28). 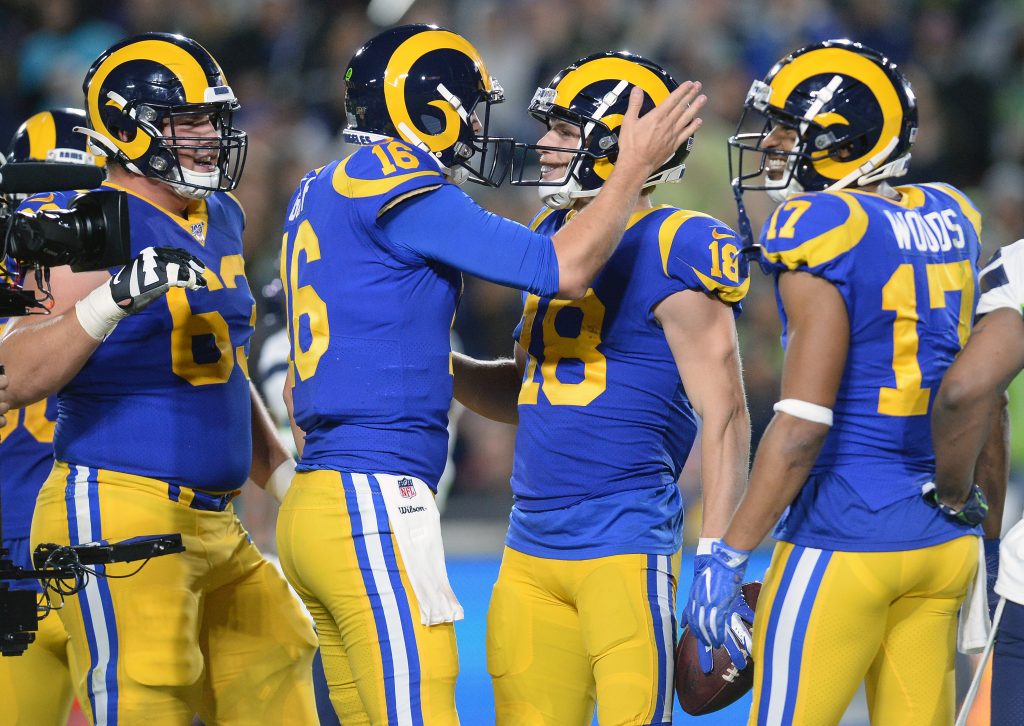 Matt Ryan, QB, ATL (vs. TB) – Whereas Brady should be an easy choice to start, the other quarterback in the NFC South rivalry game must be avoided like the plague. Ryan committed some disastrous turnovers during a bad Week 14 loss to the Chargers and now he is going up against a far more formidable Tampa Bay defense. Although the Bucs aren’t as dominant against the pass as they are versus the run, they are tied for fourth in the NFL in sacks (40). That is bad news for an Atlanta offensive line that has never been stout.

Kareem Hunt, RB, CLE (@ NYG) – The Cleveland Browns’ rushing attack is awesome, as we have seen on many occasions—including in last week’s thriller against Baltimore. That being said, Nick Chubb is obviously RB1 in Cleveland and there may not be enough to go around against a stellar New York Giants defensive unit. The Giants are seventh in the league against the run, are giving up only 3.9 yards per rushing attempt, and have yielded just 11 rushing TDs. 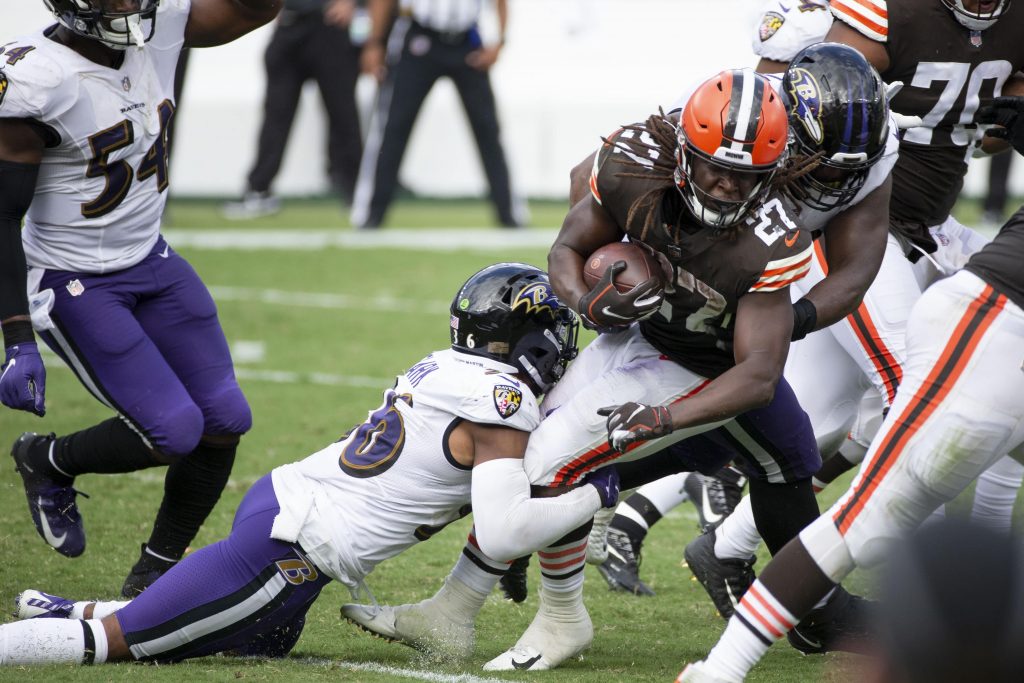 DJ Moore, WR, CAR (@ GB) – Although NFL MVP second favorite Aaron Rodgers and the rest of the Green Bay Packers offense generate all the headlines, don’t sleep on their pass defense. They are a solid 12th in the NFL in that department, not only because their secondary is decent but also because they can get to the quarterback (35 sacks). Moore hasn’t been targeted quite as much as Robby Anderson in recent weeks, so for multiple reasons he is a risky play in Week 15.