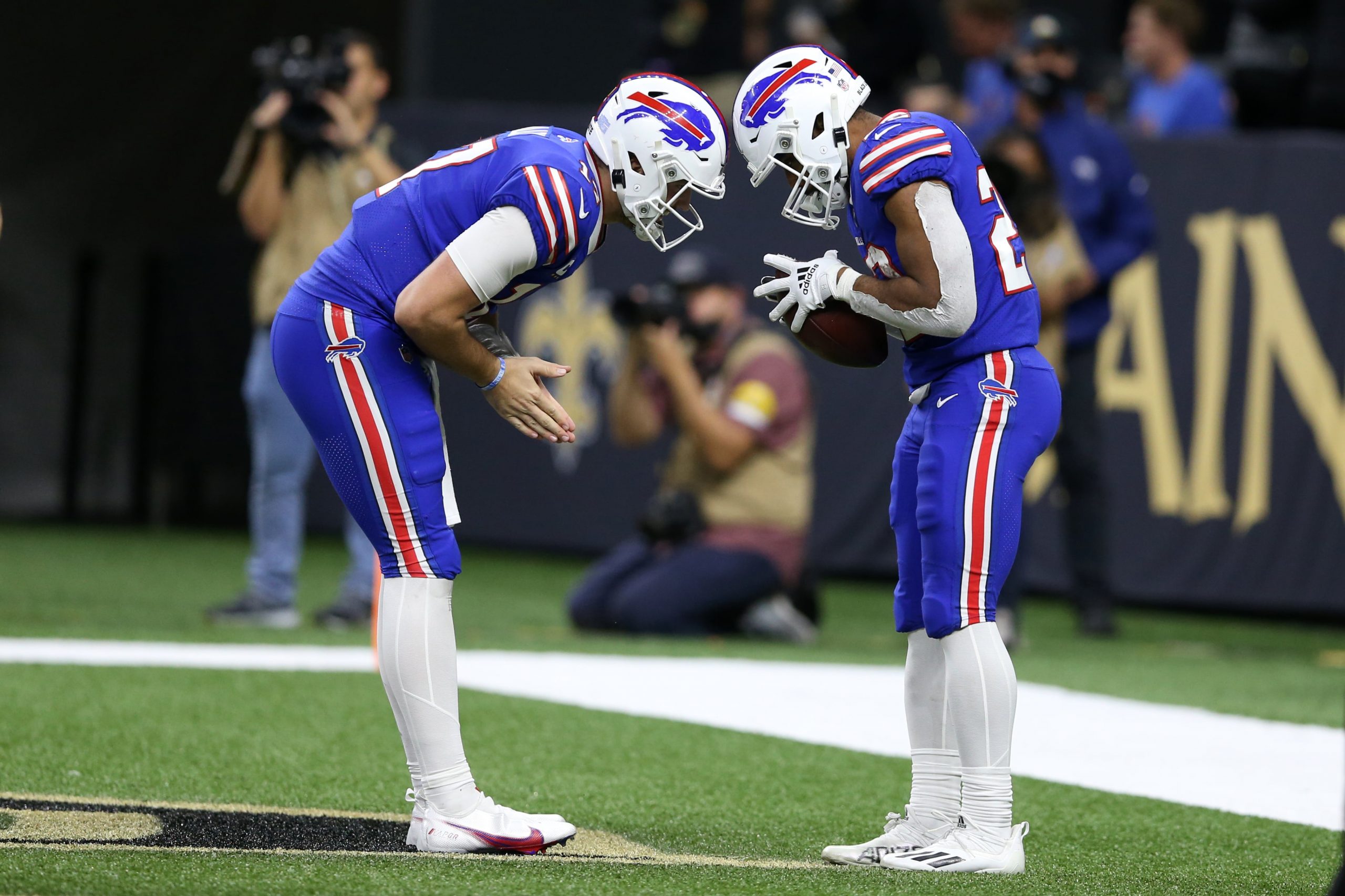 With just six weeks left in the NFL regular season, there is still a traffic jam at the top of the Super Bowl market. The sportsbooks are pricing 9 teams as legitimate contenders. Five in the NFC (Bucs, Packers, Cardinals, Rams, Cowboys) and four in the AFC (Chiefs, Bills, Ravens, Patriots). At FanDuel, all nine of those teams are priced at +1200 or shorter. The Titans are the next closest team at +2200.

This herd will be thinned by natural selection in the weeks ahead, like the Bills and Patriots playing twice over the next three weeks. The Cardinals and Rams play next week. Arizona also has the Cowboys on their schedule in Week 17. But for the most part, every team has had their slip-ups, and none look invincible, which is setting us up for a postseason of epically unpredictable proportions.

It was a nice bounceback 2-1 week for my best bets, and I felt that we deserved better with the Browns, as Justin Tucker’s late field goal helped secure a front-door cover by the Ravens despite four picks from Lamar Jackson. I’m narrowing the focus again this week with just three picks on my top card, so I feel comfortable slightly increasing my risk across the board to 1.5 units, as indicated below.

The public is high on the Pats this week and for good reason. New England has won six in a row and is in position to steal the AFC East away from the inconsistent Bills.

“So far, the money is on the Patriots and the under,” said WynnBET Trader Sawyer Johnson. “But don’t sleep on this talented Bills team and the Bills mafia in primetime. In terms of the under, these are two of the best defenses in the NFL and it is supposed to be a weather game.”

The big reason I like Buffalo here is line analysis. Sure, the Pats are playing well, but TwinSpires’ Zachary Lucas reported the preseason line for this game was Bills -7, and the lookahead line from 6 weeks ago before the Pats started their winning streak was Bills -6. In my eyes, not enough has changed over the last 6 weeks to warrant a 3-point move.

This will be Mac Jones’ first trip to Buffalo, which I believe is one of the last true home-field advantages in the NFL, especially in primetime. Buffalo’s historically high variance this season has made them a tough bet and look really poor at times, but at their best, I’m confident they are three points better than the Pats. Anything under a field goal is a strong play for me. If you can only play this at a field goal, it’s a 1-unit bet.

This lookahead line was a pick’em last week before the 49ers’ win over the Vikings. It reopened at 49ers -2.5 on Sunday, but quickly moved to 3.5 after the Seahawks’ offensively challenged performance against Washington on Monday night. WynnBET’s Sawyer Johnson reported some buyback on Seattle at that price, and we could see a split close here with some shops charging you to lay just three points and others hanging 3.5.

“Seattle looks lost and the 49ers are rolling,” said TwinSpires Trading Analyst Zachary Lucas. “Missing Deebo is not a huge factor as they’ve shown they can just run it down your throat.”

The Texans allowed 157 rushing yards to the Jets last week, which is a bad omen this week against Jonathan Taylor and a Colts offense that ranks 4th in rushing yards per game. WynnBET’s Sawyer Johnson is reporting all Indy money and “expects a blowout” while TwinSpires’ Zachary Lucas believes “off a loss the Colts should bounce back.” It’s a good spot for Indy after their tough defeat to the Bucs on Sunday, and I expect them to take care of business.

In Chicago, the return of Kyler Murray should excite Cardinals backers, especially in the futures market, but I would be wary laying the full number on the road. WynnBET is reporting good two-way action in this game with no sharp money on either side and a slight nod to the under. Even if Fields sees time, “he doesn’t have much help” said Lucas. The Cardinals’ defense is what pushed me over the edge here. Arizona is ranked 3rd in DVOA, and if they keep playing at that level, they will be a force in January with Murray rested and ready to run.

Make sure you check out the rest of our predictions for every NFL Week 13 matchup!

*Would bet up to 1-unit each

Bengals -3: Cincy was close to making my best bets card this week, but despite early action on the Bengals, this line stood firm at three, and the odds even inched towards the Chargers. Bookmakers believe this should close right around a field goal. I also didn’t feel the need to overexpose myself to Cincinnati considering my futures position on them to win the AFC North, which is still very much alive. If Joe Mixon can continue his stellar form against a Chargers defense that is 32nd in DVOA stopping the rush, I think the Bengals will prevail.

Saints +4.5: This line moved towards Dallas Thursday morning after it was announced Alvin Kamara and both starting tackles will not suit up for New Orleans. That’s disappointing, but I think the Saints can still cover as long as Taysom Hill shows you the upside he is capable of. The Saints’ defense has allowed 71 points over the last two weeks, but they are still ranked 5th in weighted DVOA, which highlights recent play, so it’s reasonable to believe they will show some positive regression. Meanwhile, the Cowboys’ defense is allowing almost 6.0 yards per play this season and is 18th in DVOA against the rush.  I saw this line get to +6 at some of the major shops, and even touch +6.5 at Circa. I think that’s just too many points to lay, and at least, the backdoor should be open.

Make sure you also check out Jared’s “Back to the futures” analysis of all the big NFL odds moves!