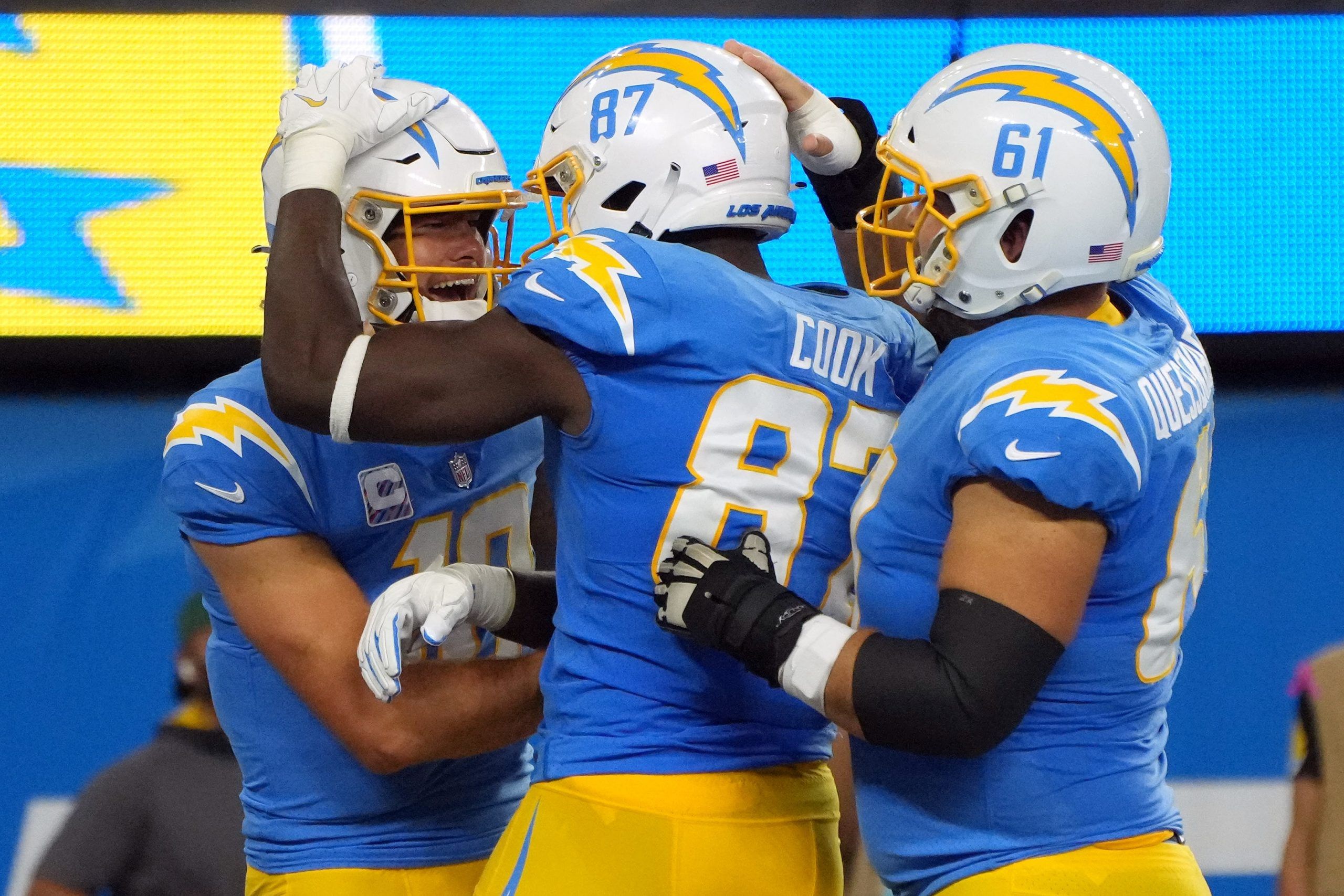 I'm an NFL handicapper here at Pickswise who was raised in a household full of sports fanatics. Since I unfortunately never had LeBron James' jumping ability I wasn't able to make it to the NBA, and chose writing about sports as the next best thing. An avid sports bettor myself, I'm excited to get to write about the industry as it gets set to take off across the country. Buckle up.
Updated: 6:56 AM ET October 25, 2022 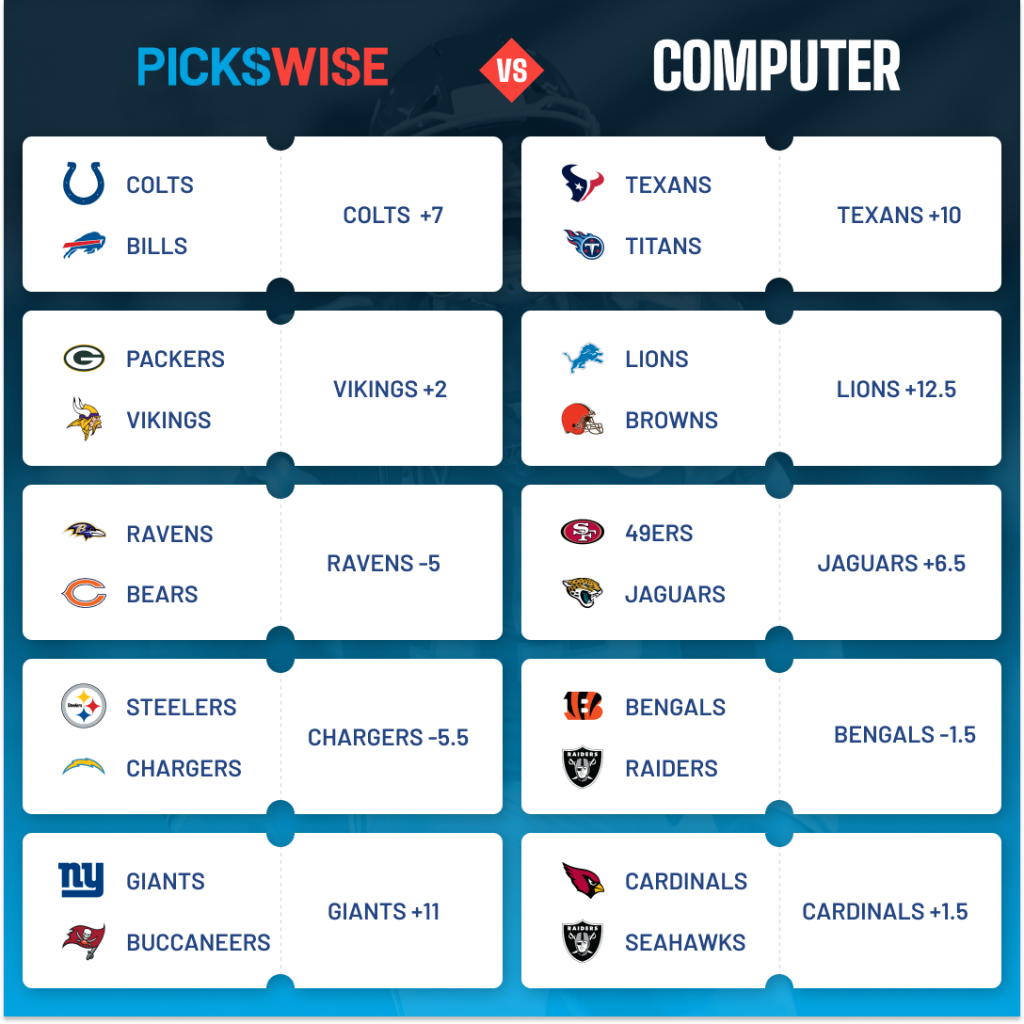 The Bills are being overrated, as they’ve played one of the softest schedules in the league. They haven’t faced a ground game like Indy’s, and I expect the Colts to keep having success with Jonathan Taylor. The Colts’ offensive line wasn’t healthy early in the year, but now that it is it’s an absolute wrecking crew.

Minnesota is 4-5, but that’s highly misleading. If they hadn’t caught so many tough breaks, they could easily be a 7-2 team. The Vikings are getting healthier in their secondary, and they looked great defending Justin Herbert last week. Green Bay is without Aaron Jones, a massive blow to their offense.

If Lamar Jackson doesn’t play, we might as well tear up these tickets. But I think Jackson is going to play, and if he does the Ravens should dominate. Chicago’s defense has quietly been one of the worst in the league for weeks, and their offensive line won’t be able to handle the Ravens’ pressures.

On paper this one should be a blowout. Pittsburgh has an extremely anemic offense, and their defense has been only middling. Now that defense will be playing without TJ Watt, Joe Haden and Minkah Fitzpatrick, arguably its three most important players. Justin Herbert should have a field day.

Give me the Giants on Monday Night Football. Daniel Jones always plays better on the road, and New York defensive coordinator Patrick Graham had a really good plan for Tom Brady when these teams played last year. The Bucs are coming off back-to-back losses, and are really banged up on defense.

The computer and I are on completely different games this week. Our machine isn’t too concerned about the potential absence of Kyler Murray, and it has full confidence in Colt McCoy. It’s also going with two double-digit ‘dogs in the Texans and Lions. The computer and I are both coming off weeks in which we went 3-2. Hopefully we both make it 5-0 in Week 11…