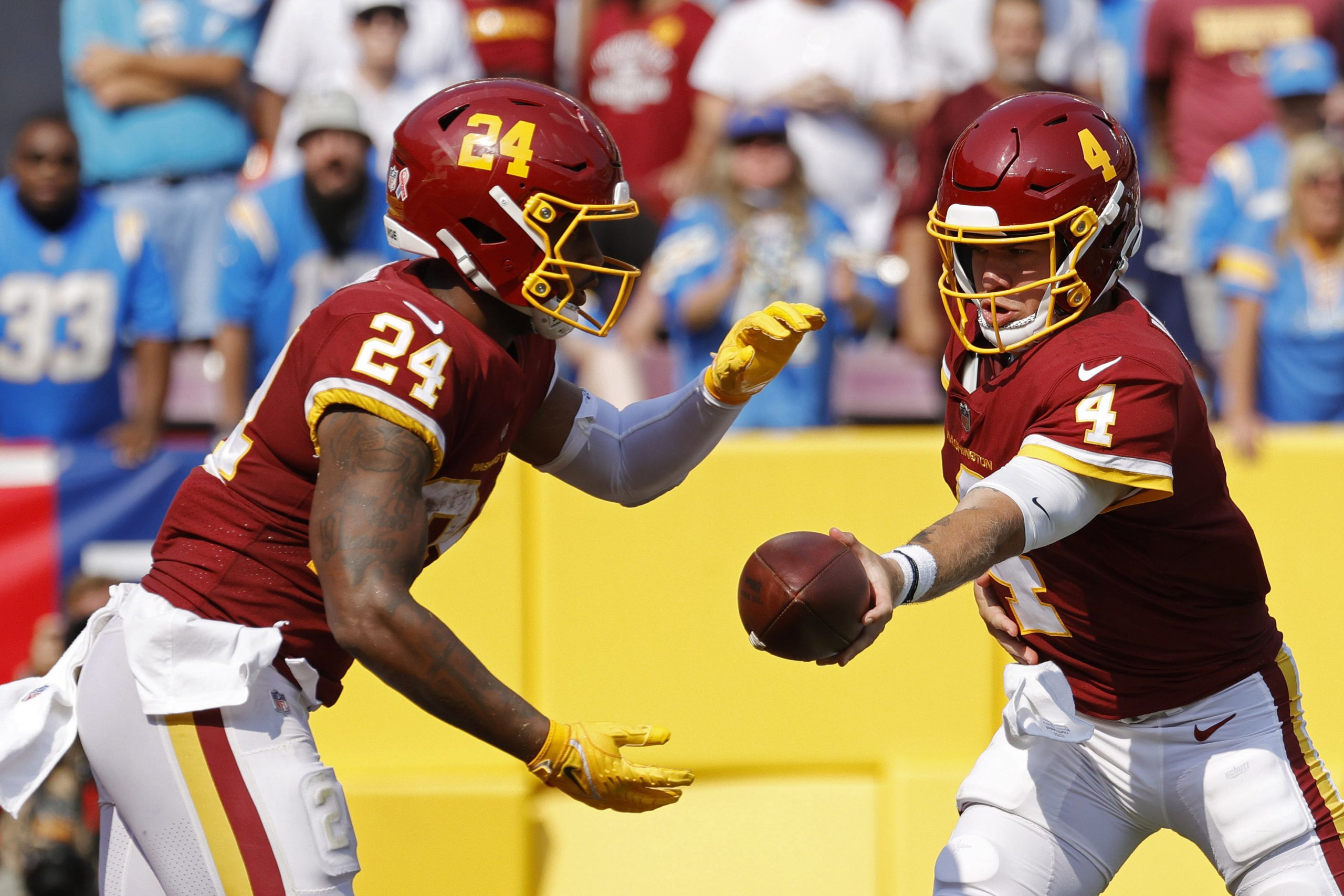 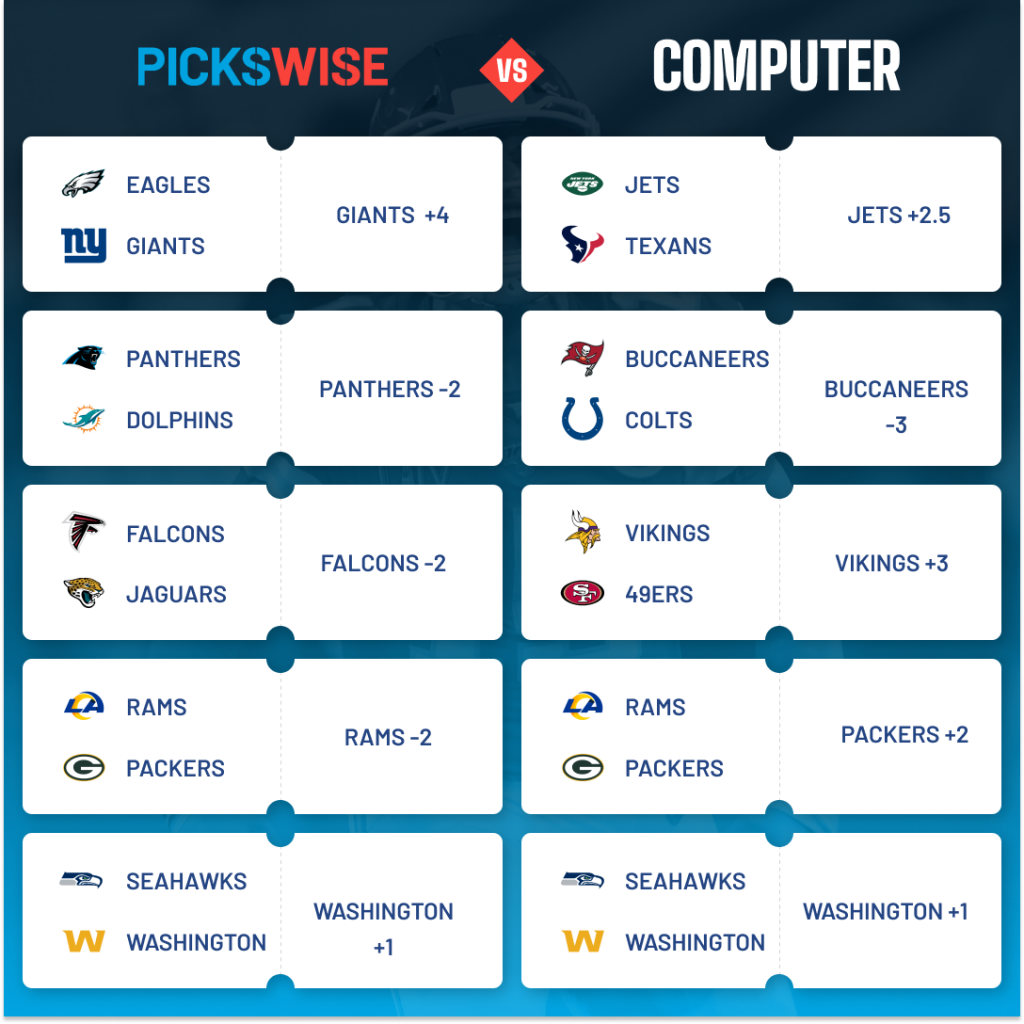 This line is an overreaction to the Giants having one terrible game on Monday Night Football, and the Eagles stringing together a few wins over bad teams. There is just no reason for Philly to be this large of a road favorite here. Jalen Hurts might finally be asked to do something as a passer here, which is bad news for the Eagles.

I put the Dolphins in a similar category as the Eagles. They’ve strung together a few recent wins, but I’m still highly skeptical. They didn’t look too impressive last week against the Jets. Carolina’s defense is playing at a really high level, and shouldn’t have much trouble pressuring Tua Tagovailoa against this incredibly weak Miami offensive line.

Plug your nose and take the Falcons. Atlanta’s market perception is at an all-time low. The offense struggled mightily last week, but that was against an elite New England defense. Now they have had extra time to prepare and get to face a lifeless Jaguars team.

I refuse to bet any team that isn’t -2. I’m kidding, but I do like the Rams this week. Green Bay’s defense was never as good as it seemed, and it got exposed by the Vikings last week. Jalen Ramsey will neutralize Davante Adams, and the Rams should have some success running the ball with Darrell Henderson.

I’m not going to stop fading the Seahawks until oddsmakers catch up. This line indicates that the Seahawks are considered a significantly better team on a neutral field. I just don’t see how that’s based in reality. Their offense is in shambles, while Washington has quietly been playing much better on both sides of the ball of late.

The computer and I are on a couple of the same games this week. We’re on opposite sides of Rams vs Packers, but we both like Washington. Our system clearly is skeptical of the 49ers, since they were on the Jaguars last week and now the Vikings. It picked up a big win with the Texans +10 last week, but now it’s fading Houston this week. I went 2-3 last week, while the computer was an impressive 4-1. Hopefully we both make it 5-0 in Week 12….