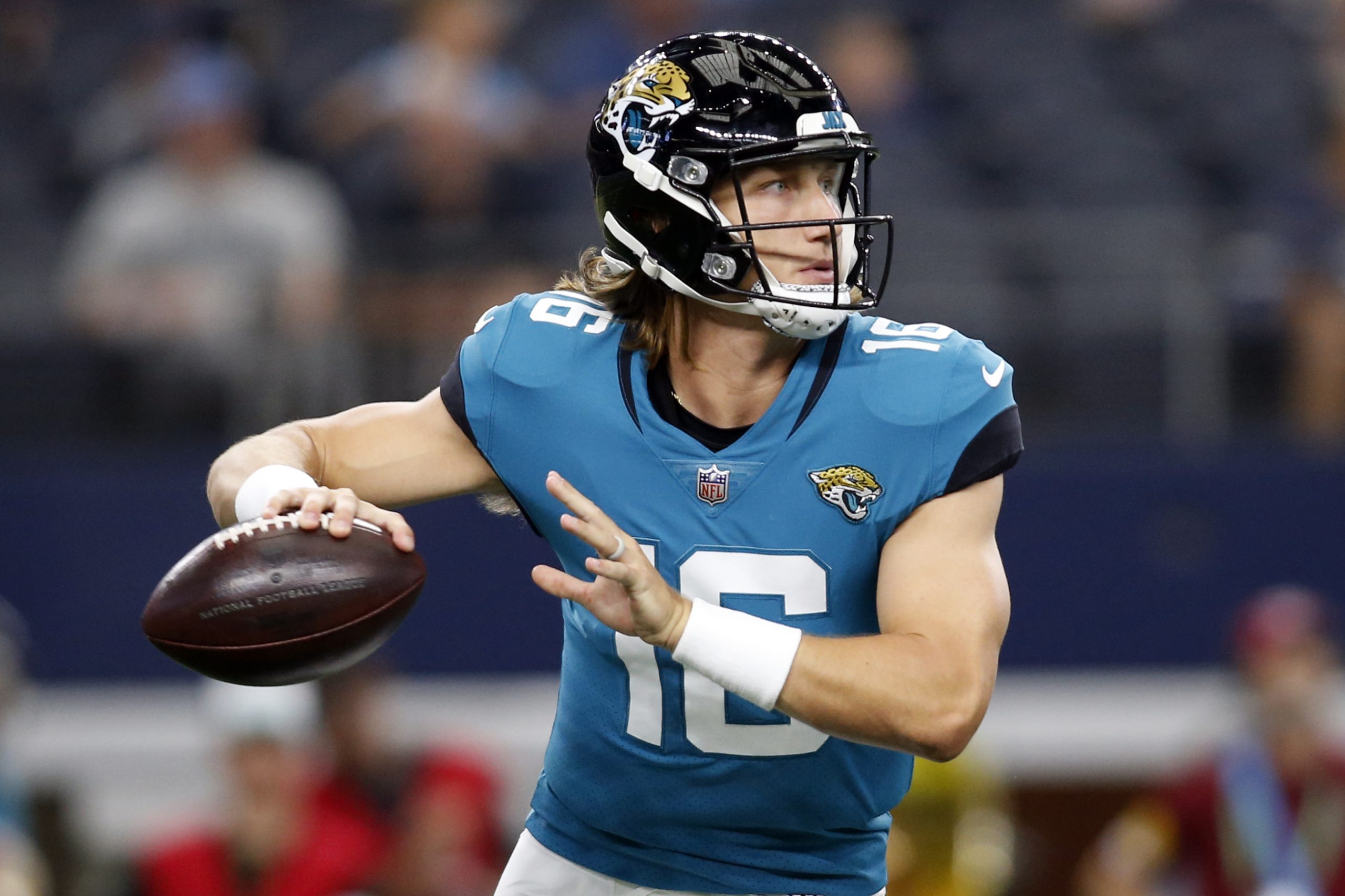 For more information on how the supercomputer works and how it generates picks, scroll down to the bottom of this page. Now let’s look at the picks. 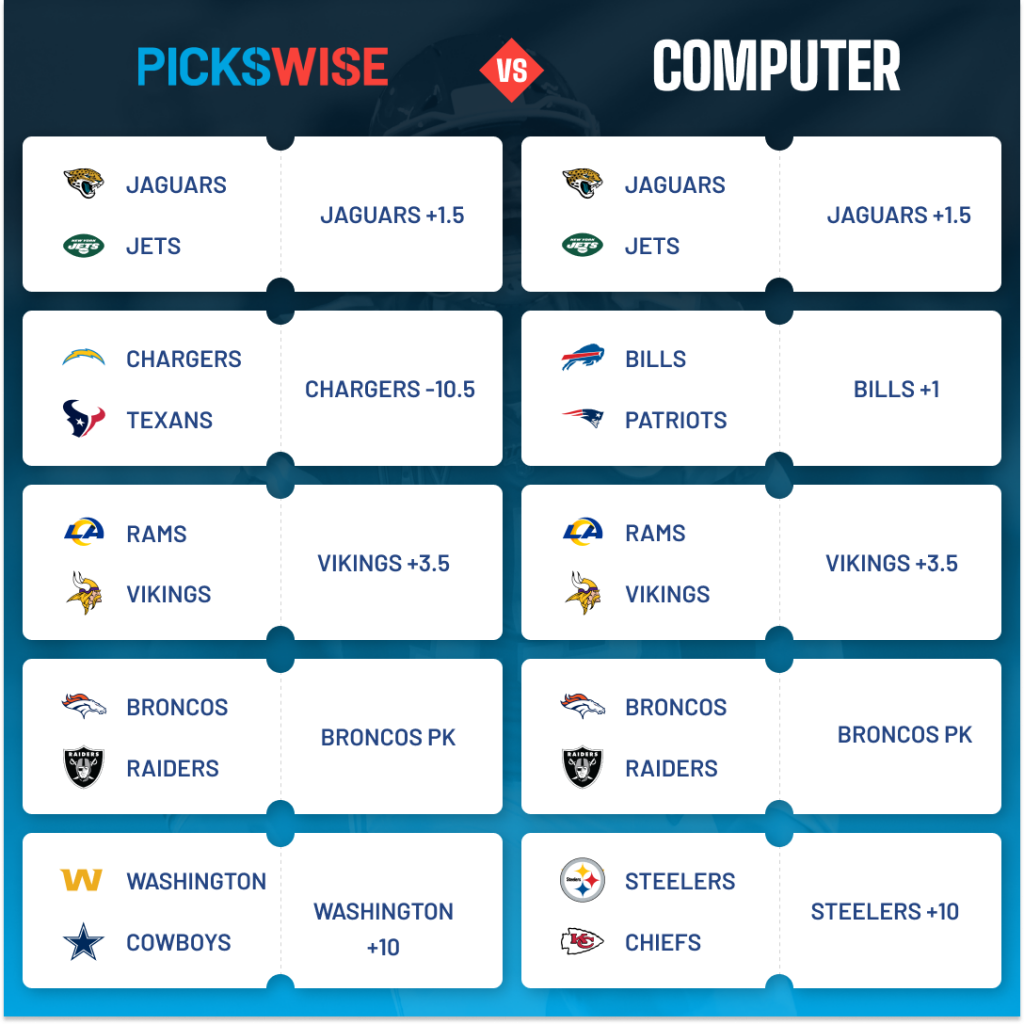 Call me crazy, but I like the Jaguars a lot this week. Trevor Lawrence hasn’t had an ideal rookie season by any stretch of the imagination, but he hasn’t looked as lost as Zach Wilson. With the Jets dealing with a Covid-19 outbreak, as well, I think Jacksonville will pick up its first win of the post-Urban Meyer era.

I don’t often take double-digit favorites, but this one shouldn’t be close. The only thing making this Texans offense watchable recently has been Brandin Cooks, and now he’s out with Covid-19. About half of Houston’s defense is also out, so Justin Herbert should shred the Texans.

This number is just too high for the Rams to lay on the road. Everyone has jumped back on the Los Angeles bandwagon after just having buried this team a couple of weeks before. The Rams are now being overvalued.

I don’t think Drew Lock is much of a downgrade from Teddy Bridgewater. And the Broncos’ ground game should have some success against a weak Raiders run defense. Denver’s defense is trending up, while Las Vegas’ offense is trending way down.

Give me Washington on Sunday Night Football. Dallas’ offense isn’t playing well, so there’s no way I could lay double-digits with them here. They only won big last week because Mike Glennon pulled a Mike Glennon for the Giants, as Dak Prescott had yet another lackluster day.

The computer and I are thinking alike this week. We’re on three of the same sides: Jacksonville, Minnesota, and Denver. Interestingly, our system is going with the Bills over the Pats in the slate’s most highly anticipated matchup. It’s also willing to roll with Ben Roethlisberger at Arrowhead. Both myself and the computer went 3-2 last week; hopefully we can each have another winning record in Week 16.

What does a ‘value bet’ mean?
A value bet is where we have identified that the probability of the event occurring is more likely than the listed sportsbook odds. Taking these bets gives you an increased chance of being a successful gambler.