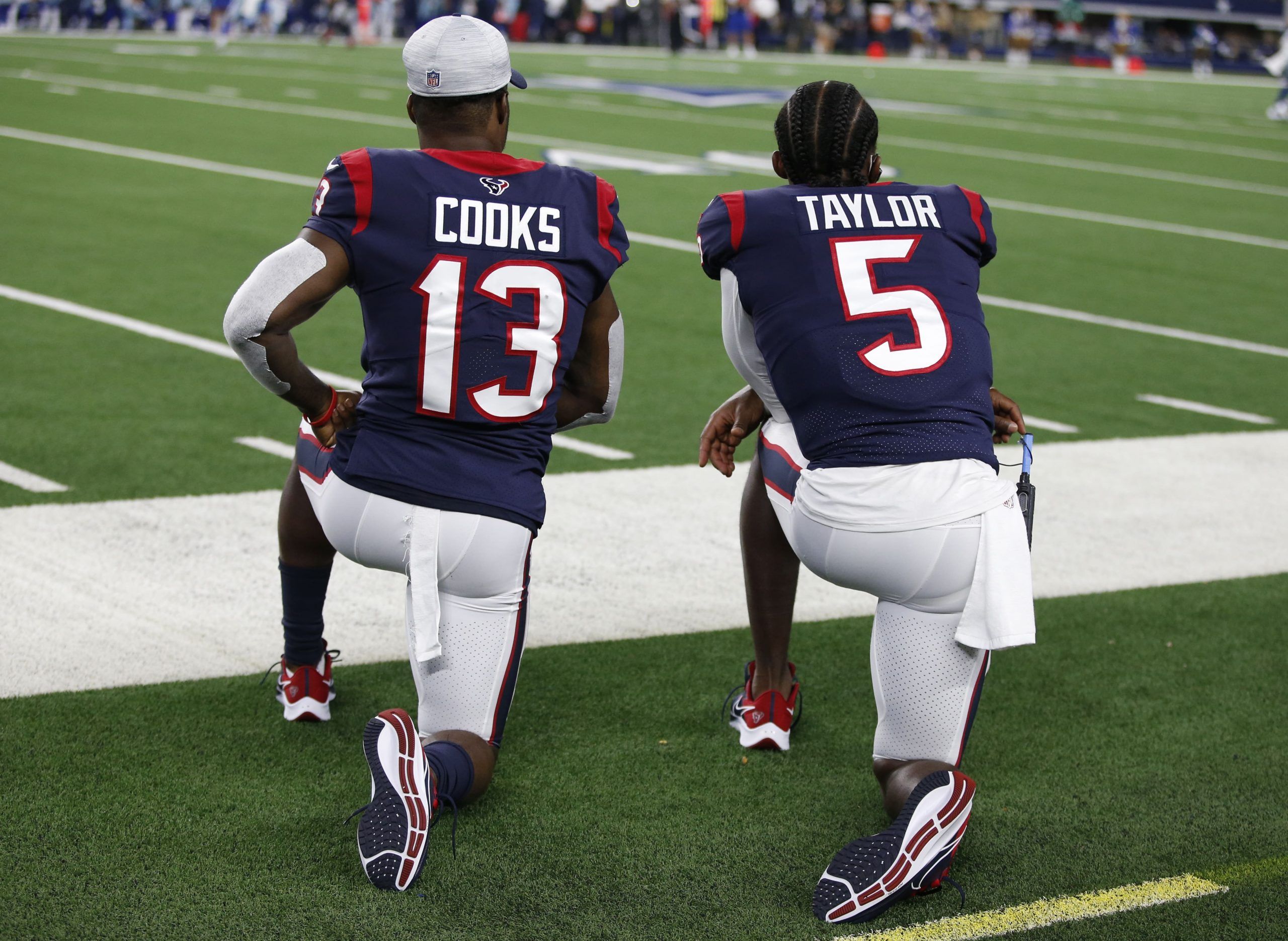 I'm an NFL handicapper here at Pickswise who was raised in a household full of sports fanatics. Since I unfortunately never had LeBron James' jumping ability I wasn't able to make it to the NBA, and chose writing about sports as the next best thing. An avid sports bettor myself, I'm excited to get to write about the industry as it gets set to take off across the country. Buckle up.
Updated: 6:58 AM ET October 25, 2022 The Dolphins are 1-7, and their only win came by a single point because of some lucky Patriots fumbles in Mac Jones’ first career start. I can’t imagine laying this many points with Tua Tagovailoa, especially not with Tyrod Taylor returning for the Texans. Remember, Houston’s offense actually looked really good in the first game and a half before Taylor went down.

Speaking of quarterbacks, I have no interest in laying nearly a touchdown with, the same goes for Trevor Siemian. Siemian has started one game since 2017, and he threw all of six passes before getting hurt. He was awful in 2017, his last stint as a starter. There’s a reason he was on the Titans’ practice squad and almost out of the league for most of last year.

I think the Cowboys might blow the Broncos out of the water. Denver is 1-4 in their past 5 games, and the win was extremely close against a really bad Washington team. They just traded away Von Miller, signaling that they’re officially throwing in the towel on the season, and the team will be demoralized.

I was going to like the 49ers this week even if Kyler Murray played. Now, it looks like both Murray and DeAndre Hopkins might not suit up. San Francisco, on the other hand, is starting to get a lot healthier, and their offense looked great last week against the Bears.

For my final pick I’m going to Monday Night Football. Ben Roethlisberger is one of the worst quarterbacks in the league at this stage of his career, and the total in this game is less than 40. Justin Fields made major strides last week, and should only get better as the season progresses.

For the first time I can recall, the computer and I aren’t on any of the same games. We’ve got completely different sides, as we aren’t aligned or opposing each other on any games. Maybe we can both go 5-0. I’m coming off a tough 1-4 week, while the computer went 2-3. Hopefully we both improve in Week 9…