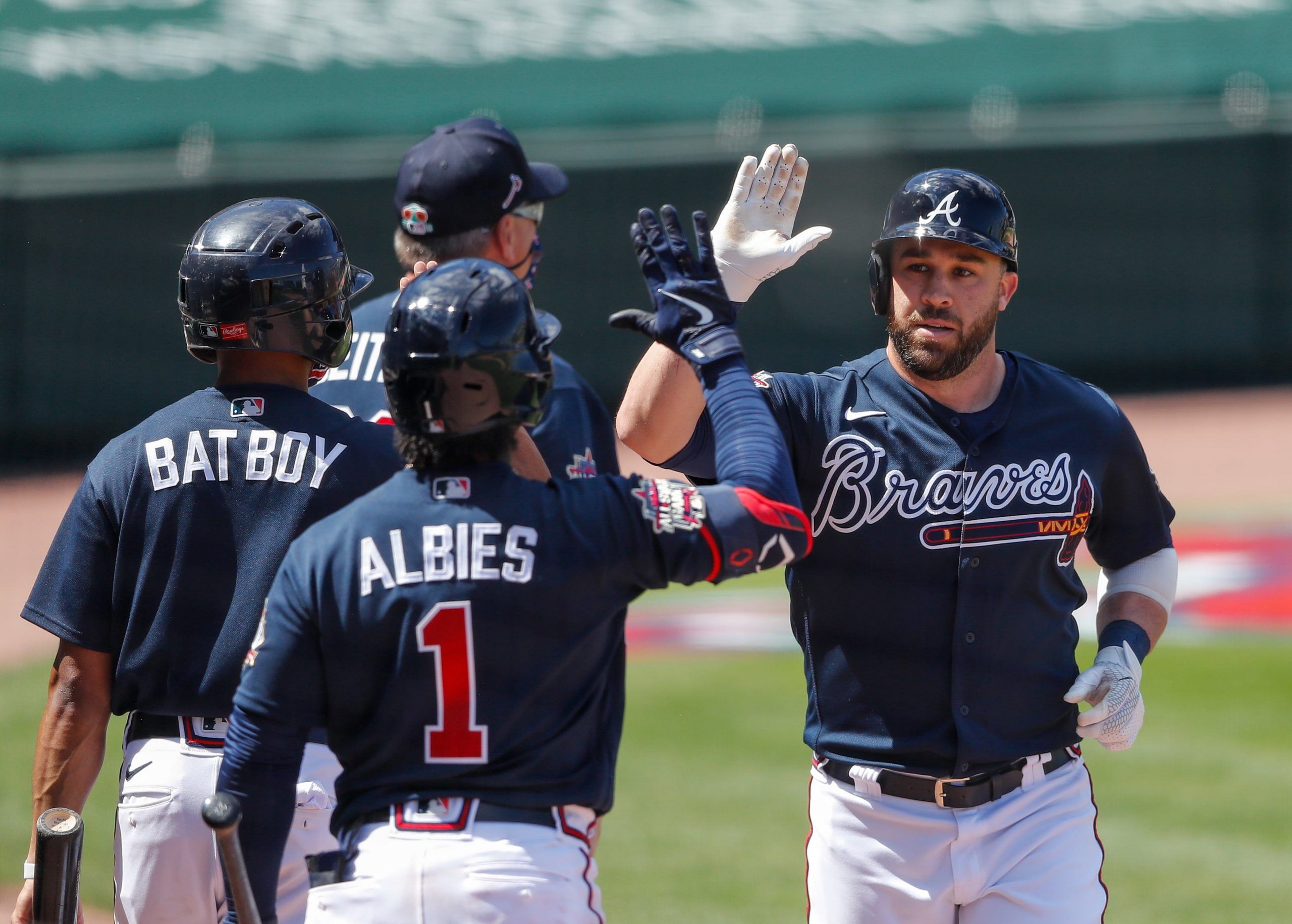 I'm an NFL handicapper here at Pickswise who was raised in a household full of sports fanatics. Since I unfortunately never had LeBron James' jumping ability I wasn't able to make it to the NBA, and chose writing about sports as the next best thing. An avid sports bettor myself, I'm excited to get to write about the industry as it gets set to take off across the country. Buckle up.
Updated: 5:21 AM ET April 09, 2021

Baseball is finally back in full swing. The 2021 MLB season officially kicked off last week, and the action has been jam-packed. Why not celebrate the start of the second week by going for a nice payday on Friday? That’s right, we’re back with another MLB mega parlay, this time a three-teamer with a payout just shy of 15/1 where we’re counting on the Braves to get revenge on the Phillies. After cashing our mega parlay Tuesday at nearly 17/1 odds, we’re looking for another success.

I don’t think the Rockies should be underdogs here, and they’re going to win big. The Giants have just seven total runs over their past four games, so they’ve got the kind of low offensive floor and ceiling that I’m looking for when fading a team on the run line. Johnny Cueto will start for San Francisco here, and he was shaky in his first 2021 start. In 5 and 2/3 innings, he gave up three earned runs and nine baserunners against a weak Mariners team. He had a 5.40 ERA in 12 starts in 2020, and I think it’s safe to say the 35-year-old former ace is over the hill. Rockies starter Austin Gomber struggled with his control in his first outing, but he still only gave up one run, and he had a 1.86 ERA in 29 innings in 2020.

Be sure to check out our full game preview for Colorado Rockies vs San Francisco Giants.

Philly has gotten off to a hot start, but that’s coming to a halt here. Zach Wheeler will start for the Phillies, and he dominated Atlanta in his first start of the season. It’ll be hard for him to shutdown this potent Braves lineup twice in a row, and after he embarrassed them by only allowing one hit in seven innings last time, they’re going to come back with a vengeance.

Atlanta shockingly lost their first four games this season, but they’ve since bounced back with two straight victories to give them some momentum entering this one. With this being their home opener, I think they’ll be able to continue that momentum and win here. Given the talent in this lineup, those first four games were clearly just some early-season rust. They aren’t about to let the Phillies sweep them, and then come into their home stadium and beat them again on their Opening Day.

Be sure to check out our full game preview for Philadelphia Phillies vs. Atlanta Braves.

The Padres won’t have much trouble winning this one by multiple runs. I’m expecting the Rangers to be one of the worst teams in the league this season, their 3-3 record to start notwithstanding. Texas will start Japanese rookie Kohei Arihara, who was middling in his first start against the Royals, giving up three runs in five innings. Even without Fernando Tatis Jr, this San Diego lineup isn’t the one Arihara wants to be facing for the second outing of his big league career. Eric Hosmer and Wil Myers both have OPS’ above 1.100 through the first week and they’ve still got Manny Machado, so you don’t have to worry about the Padres having enough offensive upside without Tatis. They’ll start Joe Musgrove here, who threw six shutout innings while giving up only three hits in his first start of 2021.

Be sure to check out our full game preview for San Diego Padres vs. Texas Rangers.